Despite the growing number of electric cars in production, EVs are still new and different to most drivers. Ignorance of the technology has allowed various electric car myths to persist.

One myth is that electric cars have higher lifecycle carbon emissions than gasoline or diesel vehicles, both from production of the cars themselves and the grid electricity used to charge their batteries.

But, as noted in the video, those emissions are cancelled out by EVs’ lack of exhaust emissions. In the United States, EVs are already cleaner to drive in 95% of the world, according to a recent study. Electric cars will also get cleaner over time as electric utilities adopt renewable energy.

Another myth tackled by Formula E is that electric cars are slow. Considering that a Tesla Model S P100D can do 0-60 mph in less than 3.0 seconds, it’s hard to believe this myth is still circulating.

The third myth was cost. While electric cars may carry a price premium to comparable internal-combustion models, they often qualify for purchase incentives, and have lower running costs, Formula E noted. Volkswagen, for example, expects the ID.3 hatchback to have lower lifetime costs than the current Golf hatch. 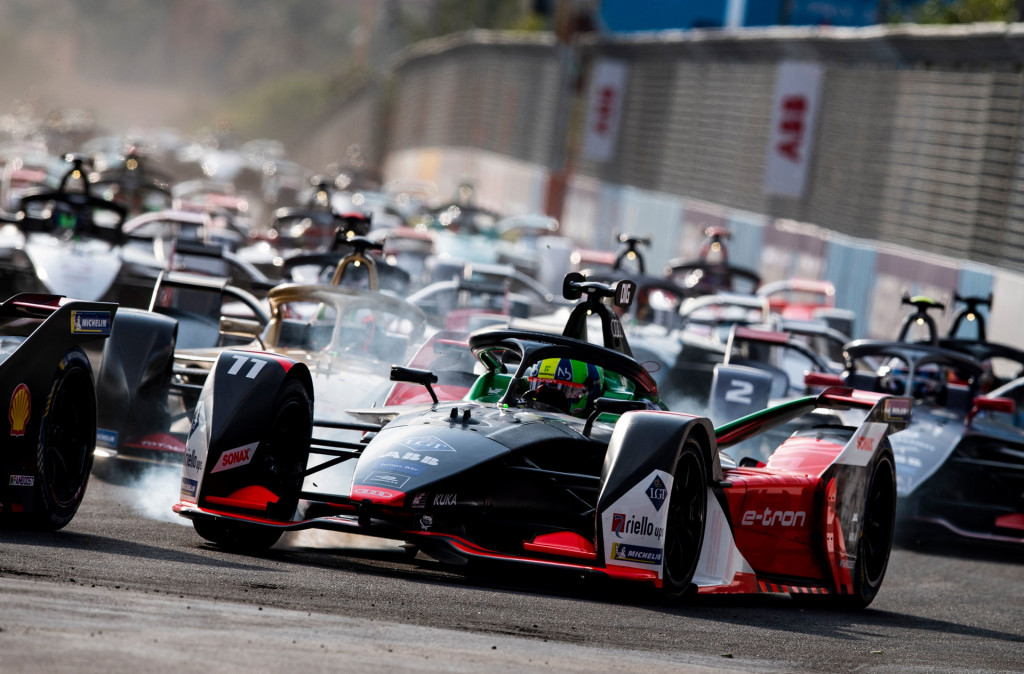 Lack of range and charging infrastructure are common criticisms, but the situation may not be as dire as some people think. Many mainstream electric cars now have more than 200 miles of range, which is more than adequate for daily use.

Most owners charge at home, and don’t have to rely on public charging stations for daily driving. For longer trips, the number of DC fast-charging stations adjacent to major highways is only going up.

The final myth is one we’ve heard before: that batteries won’t last long enough. Automakers like Tesla and Volkswagen expect batteries to last the life of a car, and some even plan to continue using batteries that have degraded too much for automotive use as stationary power sources.

Formula E itself stands as a convincing argument for car enthusiasts to support electrification. We’ve found that it fulfills the same role as traditional racing series, delivering an on-track spectacle while also helping advance technology that could eventually find its way into road cars.

Misconceptions about electric cars persist among the uninformed. Some automakers, including Audi and Ford, have taken aim at these myths in advertising. Ford has tried to drive its points home with stunts, such as a prototype electric F-150 pickup truck pulling a train.

Can Today’s Hottest Hatchbacks Keep Up With Proper Sports Cars?

Treat Yourself This Holiday Season: Enter The Tesla Raffle To Win A Custom Tesla!

How To Make The Apple Watch Series 7 Battery Last Longer

Ghislaine Maxwell accuser describes her as a ‘very sick woman’