Forza Horizon 4 initially launched in 2018 for Xbox One and PC via the Microsoft Store. It was nearly universally praised, with both the base game and Lego Speed Champions expansion earning perfect scores from us here at Windows Central. Now, three years later, Microsoft has brought the lauded racer to Steam, though not in a way that’s left everyone happy.

Ignoring the fact that many Steam users were displeased that the Steam version of Forza Horizon 4 launched at full price even though it’s a three-year-old game (the debate over value depreciation of digital entertainment is a topic for another time), there was a much more concrete issue on day one: a large number of players were encountering game-crippling technical bugs, including hard crashes and unplayable amounts of stuttering.

Now, the situation’s gotten even worse for many players. On April 14, a new patch was dropped for the game. The patch notes were bizarrely vague and curt, simply saying “various stability improvements” without any direct address of players’ issues.

In the comments of that patch notification, hundreds of Steam users have complained that stuttering and crashes persist, and in many cases, have gotten even worse, now extending beyond cutscenes and race transitions and into the moment-to-moment gameplay itself. In addition, posts and comments about the patch’s negative effects are clogging up the game’s Steam discussions forum page.

It was bad enough that a racing game all about flow and rhythm had micro stuttering and normal stuttering during every cutscene, including every race’s intro and outro, but the latest patch has extended stuttering issues to the actual gameplay in ways that not everyone was experiencing before. Of the game’s 7,000-plus negative Steam reviews — roughly 25% of the game’s 28,000-plus review total on Steam — thousands of aggrieved users mention these technical hiccups as the main reason for giving an otherwise enjoyable game a firm thumbs down.

The worst part isn’t just that the game’s Steam launch was imperfect, or that the April 14 patch made things worse for many, but that the Microsoft Store version of the game suffers from none of these issues. For a frame of reference, you can play the Microsoft Store version with an NVIDIA GTX 960, AMD FX-8320, and 8GB of RAM and never see a millisecond of stutter across cutscenes or gameplay, whereas currently, with the Steam port, having an NVIDIA RTX 3070, AMD Ryzen 7 3700X, and 16GB of RAM won’t save you from micro stuttering insanity across the board.

This situation brings up bad memories of when the reverse scenario happened with Quantum Break for PC. In that game’s case, the Microsoft Store version was a bit of a mess and was never updated to be on par with the superior, later-released Steam version. Let’s hope that Forza Horizon 4 on PC receives a happier overall ending than Quantum Break did.


Poll: Are you buying a Surface Laptop 4?


Now that the Surface Laptop 4 has been officially announced and made purchasable, there’s a big question you have to ask yourself: Will you buy it? 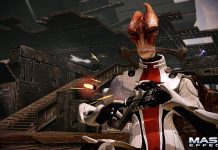 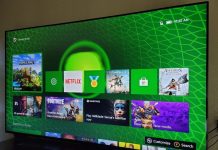 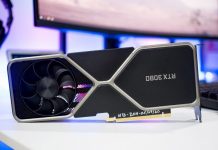