Petrol and diesel cars produce hundreds of times more waste than electric vehicles (EVs), according to a new study from a clean transport campaign group.

Research from Transport and Environment (T&E), found that the weight of resources required to run fossil fuel cars is 300 to 400 times higher than those needed for EVs.

Unlike fossil fuel-powered cars, electric car batteries are part of a circular economy loop where battery materials can be reused and recovered to produce more batteries. Emissions associated with electric cars are mainly produced in the manufacturing of batteries, while the vast majority of emissions linked to ICE vehicles are based on use. 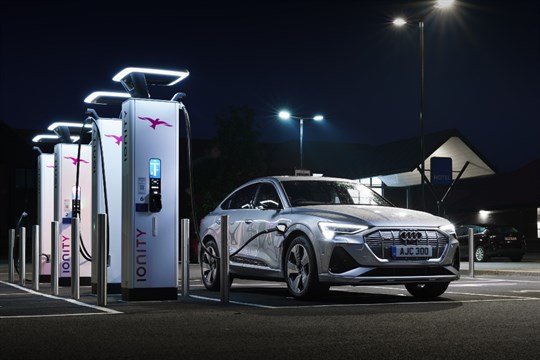 “When it comes to raw materials there is simply no comparison,” claims Lucien Mathieu, transport and e-mobility analyst at T&E.

“Over its lifetime, an average fossil fuel car burns the equivalent of a stack of oil barrels, 25 storeys high. If you take into account the recycling of battery materials, only around 30kg of metals would be lost – roughly the size of a football.”

Increasing rates of battery production will require more mining of minerals such as lithium, cobalt and nickel. However, while conceding that the dramatic acceleration of battery materials required to phase-out fossil fuel equivalents “has its challenges”, T&E says these issues “pale in comparison” to the environmental toll exacted by existing fossil fuel-based vehicles.

Over the coming decade, the amount of lithium, nickel and cobalt required for each new electric car is expected to drop – mitigating some of the increased demand for the materials as well as lowering prices. The study also predicts that more than a fifth of the lithium and nickel, and 65 per cent of the cobalt, will be recycled by 2035.

According to its calculations, T&E claims a battery-electric car uses on average 58 per cent less energy than a petrol car over its lifetime, while emitting 64 per cent less carbon dioxide.