Phoneweek
Phoneweek > Ios/Mac > From the Editor’s Desk: Full steam ahead for iPhone 14 and iOS 16
Ios/Mac

From the Editor’s Desk: Full steam ahead for iPhone 14 and iOS 16


We’ve arrived at the end of July, which means that we only have about a month and a half of summer left. I don’t know about you guys, but summer is my least liked season, and I’m quite frankly over the heat. I hope you’ve all been staying cool as best as you can. But as we approach the fall season, we’re definitely getting amped up for Apple’s next big iPhone event, so let’s dive in.

Apple’s next big event will involve the iPhone 14, but the fate of supply and availability could be left up in the air as of right now. Why? Because there are several issues with the current supply chains and factories where the iPhone 14 is being manufactured, which could be of concern once we’re all trying to place our orders.

While a lot of us seem to think that COVID is over, that’s clearly not the case in China, where iPhones are manufactured. In fact, one of the Apple factories in China is currently under a COVID lockdown due to the rising number of cases. According to the report though, it seems that this lockdown should not affect iPhone production, as operations “remain normal.” It’s just that the factory is in a closed loop system, which basically means operations are restricted only to employees that are living within a closed loop or bubble, with little to no contact with others beyond their plants or offices.

So while this may have been of concern, it might actually not be anything to really get worried about if you’re planning on pre-ordering an iPhone 14 on launch day. This factory is also one of the smaller ones, and not one of the main factories like in Zhengzhou. Of course, only time will tell.

While we’re on the topic of iPhone 14 production, another issue arose the other day involving camera production problems. Originally, the rear camera lenses were being manufactured by a supplier named Genius. However, it seems that the Genius’ lenses have been experiencing a “coating crack,” thus prompting Genius to move about 10 million lens orders to a competitor (Largan) instead. Again, if you’re concerned about how this manufacturing change will affect iPhone 14 supply on launch day, you may not have anything to worry about — according to Ming-Chi Kuo, Largan can “fill the supply gap well.”

As someone who always upgrades my iPhone to have a better camera every year, I’m eager to see any improvements to the camera system on the iPhone 14 Pro. I do wish that Apple would return to a flush camera system that doesn’t stick out so much, but honestly, I doubt that will ever happen — these advanced cameras are just too big! Though who knows, maybe Apple can prove me wrong one day.

And finally, as we approach the iPhone 14 announcement, some exciting potential specs have come to light. It turns out that the regular iPhone 14 may be coming with 6GB of RAM, just like the higher-end Pro models. For reference, the standard iPhone 13 only comes with 4GB of RAM, so this would be a big jump for those who are looking at picking up a base-model iPhone 14 in the coming months. However, keep in mind that while it may be getting 6GB RAM, there is speculation that the iPhone 14 won’t be getting the A16 Bionic, which may only be available on the Pro models this year.

For most people, though, the RAM upgrade may be more noticeable, because the A15 is still plenty fast. Regardless, it looks like the iPhone 14 is shaping up to be a beast, and definitely will be the best iPhone in a few months.

iOS 16 is an exciting update that continues to evolve

Even though we’re excited for new iPhones this fall, that’s not the only thing that we’ll be getting. Let’s not forget about all that software goodness that will also be dropping, making your current iPhone feel new again. iOS 16 is currently still in the beta stages, but it continues to evolve. The latest software finally lets us customize our Lock Screen, edit and undo sent messages in iMessage, add multi-stop routes in Maps, and so much more.

But there’s been a big change in one of the newest features for Messages this past week, in the fourth developer beta and second public beta. Previously, Apple had a 15-minute window for both editing and undoing sent iMessages, but that has now changed with tighter restrictions. Editing will still retain a 15-minute window, but you can only make a maximum of five edits per message — after this, you can no longer edit a message. Also, everyone can reveal the edit log if need be. Undo Send now has a reduced time frame, going from 15 minutes to a mere two minutes. So if you want to take back a message, you’ll have to be very quick about it compared to before.

Honestly, I’m glad to see these changes implemented. When I tested the features out in earlier betas, I was surprised that the window of time for editing and undoing messages was so long at 15 minutes — a lot can happen in that time, and with unlimited edits and no change log, there are people that would certainly abuse that feature. For example, if there was a dispute of some kind in a court setting, and text message records would need to be viewed, not being able to see the original messages would be troublesome.

I also think two minutes versus 15 minutes for undoing a message is a good change, because well, in 15 minutes, it would be very likely that the recipient would be able to see a message before it was rescinded (it’s a big window). A smaller window of two minutes means that the recipient is less likely to catch the message before it’s taken back, which would make more sense to me. And if you Undo Send on a message, the recipient’s notification for that message disappears with it, though if both are on iOS 16, there will be a status indicator saying that a message was unsent in the conversation thread.

Another change in iOS 16 will be Live Activities, but Apple has announced that this feature will not be available on launch. Live Activities is a new notification style that will be one permanent notification that updates in real-time, instead of an app sending you multiple notifications. While Apple has given the green light for developers to start implementing Live Activities with the fourth developer beta of iOS 16, the feature won’t launch to the public until an incremental update later on. This is a shame, really, because Live Activities was a feature I was really looking forward to for apps like Uber/Lyft, DoorDash, and more. Hopefully, it won’t be too long after the initial iOS 16 launch. 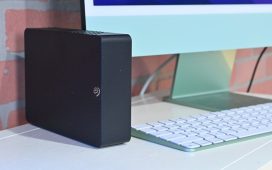 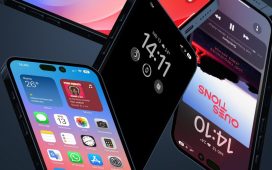 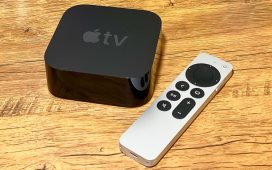 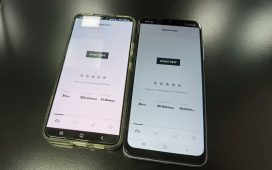