FREMONT, Calif., Nov. 2, 2018 — California-based startup company Royole Corp., a manufacturer of next-generation human-machine interface technologies and products, has launched the world’s first commercially available foldable smartphone. The Royole FlexPai is a combination of a mobile phone and a tablet with a flexible screen.

The unit can be used either folded or unfolded, giving it the portability of a smartphone plus the screen size of a high-definition tablet. 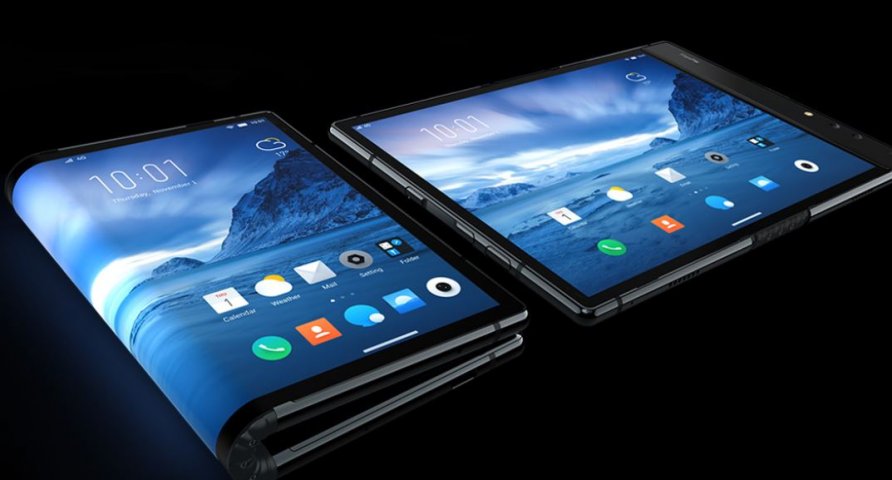 Disrupting consumers’ traditional concept of a smartphone, FlexPai can be used either folded or unfolded, giving it the portability of a smartphone plus the screen size of a high-definition tablet. Courtesy of Royole Corp.


“It perfectly solves the contradiction between the high-definition large-screen experience and portability, which introduces a whole new dimension to the human-machine interface,” said Bill Liu, Royole founder and CEO. “The phone’s inherent design will forever change the consumer electronics industry, as well as the way people interact with and perceive their world.”

When folded, FlexPai can support dual screens with separate, simultaneous operations. The interface on the primary and secondary screens can mutually interact with each other, or independently use different interfaces without interfering with one another. Users can also get notifications on the edge screen side bar, which can be used to manage calls, messages, and other notices that may disturb the primary and secondary screen usage.

The FlexPai’s screen is one complete, fully flexible display with light, thin, colorful, and bendable features. It has passed bending, twisting, and tension tests over 200,000 times. The FlexPai can also be folded at different angles. On the software side, its Water OS automatically adapts different viewing modes for different folding angles and user scenarios, such as taking photos, office usage, video watching, gaming, and more.

The FlexPai foldable smartphone is based on Royole’s Flexible+ platform, using active-matrix organic light-emitting diode (AMOLED) technology that can be integrated into a variety of products and applications across numerous industries, including smartphones, wearable devices, and Internet-of-Things (IoT).

Founded by Stanford engineering graduates in 2012, Royole’s mission is to improve the way people interact with and perceive their world. The company creates and manufactures next-generation human-machine interface technologies and products, including advanced flexible displays, flexible sensors, and smart devices.