LOS ANGELES—I can feel it—you’re ready for a fight over this car before you’ve even read the words about this 2021 Mini John Cooper Works GP test drive. Just as Mini’s latest attempt at hot-hatchery has pulled no punches aesthetically, mechanically, or financially, neither shall you on social media and in group-chats, as the be-winged mega-hatch has you bowed up and wide-eyed looking for a fracas, regardless if you fly the Mini flag or not.

Reading over the crib sheet of the elaborately named 2021 Mini John Cooper Works GP we tested, it’s hard to think Mini wasn’t stirring the pot on purpose. Wearing a stunning base price of $46,000, the GP soars miles over the competition, including the ever-pricey Volkswagen Golf R, which by hot-hatch standards, is priced like an Audi carved from a block of inkjet cartridges at $41,000.

Bold move, considering that’s nearly $10,000 dearer than the sublime, 10-outta-10, does-it-get-any-better-than-this Honda Civic Type R, and a little more than $15,000 more costly than the nearly-as-good Hyundai Veloster N w/ Performance Pack. While it’s a nearly a foregone conclusion that no, you’re not getting almost $50,000 worth of car with the 2021 Mini John Cooper Works GP, let’s break down just what kind of firepower arrives when that $46,000, or more, leaves your savings.

The 2021 Mini John Cooper Works GP is certainly not down on power, if power is what you crave. The GP’s 2.0-liter, turbocharged four-cylinder is the same BMW-sourced B48 heart plucked from stablemates Mini Countryman JCW and Clubman JCW, along with the controversial BMW M235i Gran Coupe. It puts out the same 301 horsepower and mighty 332 lb-ft of torque present in the aforementioned source materials, through the front wheels. An eight-speed automatic transmission is the GP’s sole gearbox option, as neither BMW nor Mini possess a manual transmission for front-wheel-drive applications strong enough for the GP’s prodigious power.

Elsewhere, the GP is hunkered down, stripped-out, stiffened-up, and generally put on a crash diet of amphetamines and energy drinks. Compared to the Type R, Golf R, and Veloster N, the GP is decidedly old-school in its chassis configuration, but don’t interpret that as a suggestion that it’s any duller. Where the rest of the aforementioned hot-hatch field offers adaptive suspensions, the Mini scoots around on a fixed multi-link setup with proprietary springs, dampers, and anti-roll bars when compared to the rest of the two-door Cooper family. The track is also wider, along with unique chassis bracing that includes underbody reinforcement and a big red stabilizer bar spread across where the rear seats are supposed to be.

Yes, in the name of lightness, the rear seats are yanked out in favor of that glossy red crossmember, and if you think this is aesthetically aggressive, wait until you see what Mini did to the exterior. The first thing you’ll notice before you even go on a test drive of the 2021 Mini John Cooper Works GP are those fantastically controversial fender blades cut from the leftover carbon-fiber trimmings of BMW i3 and i8 production, with the front blades proudly wearing each specific GP’s serial number. They protrude far enough from the body to be moderately functional for airflow direction and to help legalize the GP’s wide track, and they look absolutely fantastic. You’ll find “bucking the trend” to be a common theme on the GP, and the blades give the little two-door hatch a distinctive street presence and visual pull on par with a bright purple Lamborghini.

Ignoring the blank space where the seats are supposed to be, the GP-specific changes are less obvious inside than the exterior bedazzling. Aside from GP’s unique seats, the only significant differentiation seems to be the 3D-printed, metal shift paddles and centerline trim on the steering wheel. Elsewhere, there’s GP branding on the passenger-side dash embossed with that specific GP’s serial number.

Those carbon slats, along with the roof-mounted rear wing, red-accented front fascia, dropped suspension, and tidy little four-spoke wheels, give the GP an unusually aggressive squat; it’s a musclebound appearance not often associated with either Minis or small hatchbacks. It’s a good thing there’s enough gumption to back up these visual provocations, especially as these wings, wheels, and graphics will make you a prime target on both the highway and the backroad of your choice.

While the GP’s hopped-up four-pot is far from the most powerful four-cylinder on the market, it punches significantly above its output in both speed and sensation. Discussing modern Minis as they relate to size and mass is a strange subject, as the current Mini two-door is hardly a recognizable progeny of the lilliputian Austin Mini Cooper of the 1960s. However, considering the GP floats above the scales at 2,855 pounds compared to an industry average weight that hovers somewhere around the 3,700-pound mark, it’s fair to say the GP is certainly “mini” for its time.

Speaking of 3,700 pounds—that’s what the mighty Mercedes-AMG CLA 45 weighs, and that car still scurries like a roach when the light flips on despite packing only 82 additional horsepower to offset the extra 850 pounds compared to the Mini GP. Of course, the Merc’s dual-clutch transmission and advanced all-wheel-drive drivetrain is head-and-shoulders above the GP’s traditional automatic transmission and front-driven wheels, but the skinny GP pulls harder at highway speeds than the AMG without that extra flab dragging it down.

On the charge, it feels like the new Mini GP even out-pulls the similarly svelte Type R and Veloster; unsurprising, as the GP still undercuts those two by around 250 pounds. Notice I’m specifying when and where the GP excels; explore the GP’s power band from a dig, and you’d better have a free lane on either side of the car to manage the outrageous amount of torque steer that erupts through the front axles.

Based purely on physical feedback, the new GP is just about the most violently accelerating new car I’ve test driven in quite some time. Even in nitro-blasted turbo-javelins like the Mustang Shelby GT500 and McLaren 720S, those 700-plus ponies are managed mostly by the onboard systems, provided you leave the requisite toggle switches alone. On smooth, unbroken pavement, you might feel some minor hops, skips, and a slight list to one side, but it’s mostly a safe-ish endeavor provided you’re not a complete moron. Lay into the throttle in the GP, and you run the very real risk of hopping lanes if you’re not prepared, traction control be damned.

Even at 60 or 70 mph, the front end will dart around like a spooked rabbit, while the steering wheel is wrenched from your hand like video game haptics gone rogue. Every 2021 Mini John Cooper Works GP comes fitted with a mechanical limited-slip diff, but it feels about as open as Wyoming’s wilderness when you go deeper than quarter-throttle. Unsettling and obnoxious for some, but exciting for others—including myself. The current generation of hot hatches are all buttoned down and pure business—aside from excellent handling, punchy acceleration, and snappy shifters, manufacturers have successfully blurred the lines between serious performance cars and scrappy hopped-up econoboxes. Cars like the Civic Type R are great fun on both road and racetrack, but can take things a little too seriously.

Meanwhile, the GP’s ethos is a bit more convoluted; considering the position of the regular Mini two-door hardtop as a premium BMW-lite hatch, it was never econoboxy to begin with. It cuts out the usable, dual-purpose middleman and settles nicely in the “hardcore” category, scribbling “hot hatch” on its name tag simply as a formality. If duality is one of the things you value in this segment, keep walking—with that large stabilizer bar stretched out over where the rear seats are supposed to be, good luck using this car for anything other than the occasional move and conservative grocery store runs.

In place of practicality, the GP dials up the aggression. With fat, sticky Hankook tires and the short 98.2-inch wheelbase, it carves through some of Malibu’s tighter and more technical roads with more mechanical grip and poise than some rear- or all-wheel drive sports cars. Better yet, even if you obfuscated the lofty price or told me it falls somewhere in the low 30s, it still feels genuinely special to drive. You sit low in the car in a pair of aggressive leather seats, backed only by the cavernous rear that adds a noticeable boominess to the cabin, especially as those gluey Hankooks scavenge rocks and debris from the road. Through the tighter stuff, it hangs on like hot chewing gum and scrambles out of corner exits like a dog straining at the leash.

You know what it feels like? It feels like a hot hatch designed by BMW M Division engineers, and that’s only partially due to BMW serving as Mini’s parent company. If the Veloster N is what happens if you let a former M engineer—in that case, Albert Biermann—design a three-door that apes M-products from the early-to-late 2000s, then this is the pint-sized front-wheel-drive reflection of M as it exists today. Everything about the drive is sharp almost to a fault, with heavy inputs, harsh ride, and questionable traction, much like it is in a current-generation BMW M4, and to a lesser degree in an M2. Only in this case, it takes ascetic cues from the M4 CS, with its aggressively decontented interior and sky-high price tag.

Oh yeah—that price. Alright, the $46,000 tag is going to be a real humdinger to defend even partially, but let’s try to do it, anyway. Look, I don’t care what you think of Mini as a brand, but the BMW blood flows thick and true through each and every new car to wear the winged Mini crest, GP included. This doesn’t mean it’s particularly luxurious or well-appointed, but for the most part, the materials, design, fit, finish, and aesthetics are at least a smidge more upscale and premium when compared to similarly sized cars.

I know this seems kind of weak, especially since the 2021 Mini John Cooper Works GP is priced way above the no-argument best-in-segment Type R, but to the right kind of buyer, the GP has cache the Type R can never match. Think of it like this: You’d have a hell of time explaining why the Type R is worth almost $40,000 to your parents, so imagine what excuses the Mini stalwarts are trying to come up with when their neighbor asks if they were able to get a good deal on their new loud, low, two-seat hatchback.

This is a classic case of, you either get it or you don’t. I think that’s fine, and I bet Mini does too, especially since there’s only ever going to be 3,000 third-gen GPs produced, and the order book likely won’t sit empty for long, especially as deliveries have already begun. The 2021 Mini John Cooper Works GP might not be as usable, comfortable, or affordable as the competition—or even come with a manual transmission—but it’s a widened, winged, whipped-up box of absurd fun. Isn’t that the entire point in the first place?

Electric mobility after the crisis: Why an auto slowdown won’t hurt EV demand

Here’s how the 1970s changed the US economy

The Netherlands has 60,000 charging stations for electric cars

Coalition allocates $74m to “future fuels”, including hydrogen and EVs 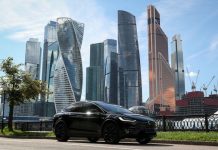 The Musk Method: Learn from partners then go it alone