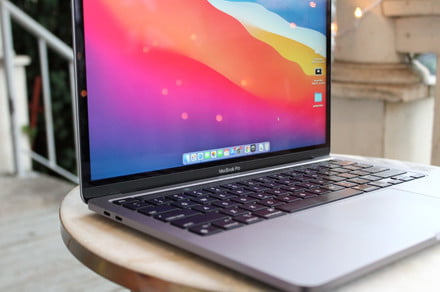 Apple’s Spring Loaded event revealed a new iPad Pro with a mini-LED screen that Apple has dubbed the “Liquid Retina XDR” display. Packed with more than 10,000 LEDs, it could be a massive improvement over the previous iPad Pro. But it looks like Apple is not stopping there — according to industry analyst TrendForce, Apple is going to bring the same tech to the MacBook later this year.

Specifically, TrendForce believes both the 14-inch MacBook Pro and its 16-inch sibling will be outfitted with this tech. That backs up earlier reports from DigiTimes and reputable analyst Ming-Chi Kuo, who have both claimed Apple has mini-LED MacBooks in its pipeline.

In light of Apple’s recent iPad Pro launch, it now seems likely that Apple will use the same Liquid Retina XDR name for the panels in its upcoming MacBooks. In the iPad Pro, this tech offers 1,000 nits of full-screen brightness, 1,600 nits of peak brightness, and a 1,000,000:1 contrast ratio.

In comparison, the M1 MacBook Pro — which offers the best display in any MacBook and one of the brightest screens of all laptops — can “only” hit 485 nits of full-screen brightness and a contrast ratio of 1,470:1. While that is currently industry-leading, it might soon be blown away by what Apple can offer when it adopts mini-LED screens in its next MacBooks.

There is no guarantee a Liquid Retina XDR display in a MacBook would hit those iPad Pro levels, as a portable tablet and a laptop are used very differently and held at different distances from your face. But it does show what a huge difference the mini-LED tech can make — and might give some hints as to what we can roughly expect when Apple brings it to future MacBooks.

If the rumors prove true, a Liquid Retina XDR display could be just one of the interesting new features coming to the MacBook Pro in 2021. The 14-inch MacBook Pro is expected to be a wide-ranging overhaul of the current 13-inch design, with thinner bezels allowing for a larger display, more port variety (including the return of MagSafe), a squared-off design like the new iMac, and much more. It might even ditch the Touch Bar. 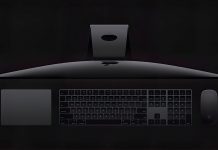