Samsung’s A-series – including the Galaxy A7 – is a bit like the VW Golf of smartphones: the competition may offer more horsepower or a more stylish design for the same price, but you can usually rely on a solid package with no real weaknesses. Can the same be said for the Samsung Galaxy A7?

The Samsung Galaxy A7 is hitting the market at an aggressive price of 349 euros (that’s around 400 dollars) and the prices of smartphones from the Korean brand usually fall quite quickly. This means that the price is comparable to the Honor Play, Nokia 7.1 and other brands. The smartphone is now available in stores.

Made of glass and metal

The Samsung Galaxy A7 is

simple and striking
. The front and back are made of glass, and a metal frame holds the construction together. The smartphone feels valuable and good in your hand, and with its 6.0-inch display, it’s already great for one-hand operation. The A7 is available in black, blue and gold.

the display is spacious… and there’s no notch
! The Galaxy A7 doesn’t break pixel density records with 2,220 x 1,080 pixels, but the display is sharp enough. So if you’re a VR freak, you might need a device with more pixels. As expected, the AMOLED panel offers quite bright colors that look great.

Fingerprint sensor in the power button

Samsung has come up with a special feature for the fingerprint sensor that Sony introduced:

the fingerprint sensor is integrated in the on/off button
. It’s easy to reach with your thumb, but its position isn’t suited for lefties.

Old Android and Bixby on board

comes with
Android 8.0 Oreo
, and Samsung didn’t give us any information about an update to Pie. The interface called Samsung Experience doesn’t have any surprises. It’s well structured and nicely designed. But nevertheless, I would have liked to see a newer version of Android.

The Galaxy A7 also comes with Bixby, but in contrast to the Galaxy A9, Samsung hasn’t dedicated a button to it.

During our first hands-on, we didn’t experience any lags or delays, although the Samsung Experience

doesn’t feel as smooth as Android Pie on a current flagship
. This may be due to Samsung’s interface, but on the other hand, the Exynos 7885, with six A53 and two A73 cores, means a slight reduction in power. The SoC with 4GB of RAM is completely sufficient for occasional gaming or everyday use.

In terms of memory, the Galaxy A7 comes with 64GB of flash memory, which can be expanded by up to 512GB via microSD. In addition to the memory card, there is space for two SIM cards.

Triple camera: Is it just for show?

One of the Samsung Galaxy A7’s specialties is the camera. There are

three modules built into the rear camera
. I really like the 120-degree wide angle lens with 8 megapixels. There’s also a main camera with 24 megapixels and a bokeh lens with 5 megapixels. The bokeh lens might not be absolutely necessary, as Samsung uses the wide-angle sensor in its Note devices to calculate the depth map for portrait photos with the bokeh effect. But hey, three cameras are better than two. The front camera has a resolution of 24 megapixels. As with iPhone X & Co., there’s also a special portrait mode that gives you the chance to add some after effects.

Big battery, but not that high-tech

You should be able to get through the day without any problems
. I think it’s a shame that Samsung lags behind with charging technology. The competition is considerably more advanced with various fast-charging standards, and the Galaxy A7 doesn’t have wireless charging.

Samsung, have a heart!

There’s a lot of good things going on in the mid-range price class. Xiaomi’s Pocophone F1 and Honor Play deliver powerful performance for little money, while the Galaxy A7 stands out for its triple camera. Even though the smartphone comes with a solid overall package and will likely sell well, I’m asking for one additional thing: Samsung, have a little more heart!

If Samsung really wants to make a big impression, they should offer an SoC with real power, a flashy display or a fancy design. There’s already plenty of devices like this and consumers don’t have to spend crazy amounts of money to get a great phone. But Samsung can’t rest on its laurels here. There’s just too much going on in the middle class right now.

What’s your favorite mid-range device? Let us know in the comments and make sure to check back in for our final review on the Galaxy A7 here on AndroidPIT. 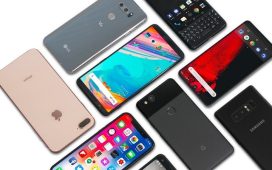 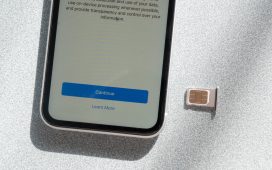