With less than two weeks to go before the release, the design of the Galaxy Z Fold 4 and the Galaxy Z Flip 4 has been fully revealed. Samsung’s new foldable smartphones are expected to retain many features of their predecessors while sporting new colors.

Samsung keeps making news with its upcoming foldable smartphones. While we expect the Unpacked event on August 10, the design of the Galaxy Z Fold 4 and Z Flip 4 has just been revealed in full in a new leak. We already knew a bit about their design, but these new images confirm the rumors that the Galaxy Z Fold 4 and Z Flip should not change much visually. However, they should bring new colors.

Galaxy Z Fold 4 and Z Flip: Like a déjà vu

Famous leaker Evan Blass has posted new images of the Galaxy Z Fold 4 and Z Flip 4 on 91Mobiles and the least we can say is that Samsung’s new foldable smartphones are expected to retain the design of their predecessors. However, there is one novelty that jumps out and that is the new colors of the two models.

According to the images, the Galaxy Z Fold 4 would have an apparently less imposing hinge and would be available in three colors, two of which are new. When you buy your Galaxy Z Fold 4, you will be able to choose between black, gold and what seems to be dark blue.

As for the Galaxy Z Flip 4 which should be more expensive than its predecessor, four colors will be offered by Samsung including two new ones. You can buy your Z Flip 4 in black, purple, gold and light blue.

This decision by Samsung not to drastically change the design might disappoint some fans but in the end, the Galaxy Z Fold 3 and Galaxy Z Flip 3 we tested were already so beautiful that they must have been hard to improve.

On the other hand, even if Samsung seems to want to keep its winning design recipe, the Galaxy Z Fold 4 and Z Flip 4 should bring a nice technical upgrade with a new SoC or an improved camera.

Anyway, we can’t wait to see what Samsung will present us on August 10th. You can count on us to test the smartphones in detail and tell you what really changes compared to the previous models.

What do you think about Samsung’s choice not to change the design of its Galaxy Z Fold 4 and Z Flip 41? Are you looking forward to the release of one of these foldable smartphones? 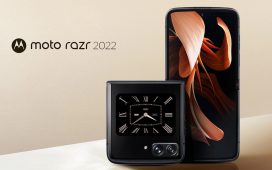 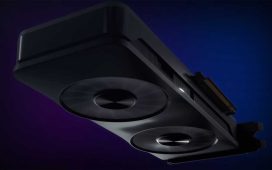