Five people involved in stealing mobile phones here with the help of children have been arrested, police said on Tuesday.

The arrests were made on Monday night and the police had recovered 24 android mobile phones, Rs 3 lakh cash, a pistol, cartridges and a sharp-edged weapon from their possession, Gorakhnath circle officer Ratnesh Singh said during a press conference.

“These thieves used to live in a rented house of Devendra Kushwaha in Humayunpur North and police arrested them from their home at around 10 pm on Monday,” the officer said.

Those arrested were identified as Rabiul Sheikh, Zamirul Shiekh, Rahul Kumar, Santoshi Devi aka Vaishali and Munna Kumar, he said, without giving details of the children.

They have been booked under relevant sections of IPC and sent to jail. 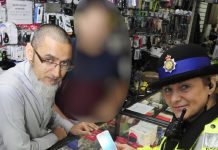 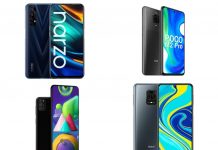