General Motors has unveiled a new corporate logo meant to mark a new era for the automaker as it begins a wholesale transition to electrification.

The design is the fifth iteration of the GM in a box concept in the company’s history and features lowercase letters for the first time.

“There are moments in history when everything changes. Inflection points. We believe such a point is upon us for the mass adoption of electric vehicles,” said Deborah Wahl, GM global chief marketing officer in a press release. “Unlike ever before, we have the solutions, capability, technology and scale to put everyone in an EV. Our new brand identity and campaign are designed to reflect this.”

GM has already started rolling out the logo on its digital platforms and should have it in use across its facilities and dealerships by the end of the year, a company spokesman told FOX Business.

The redesign is being accompanied by a new ad campaign called “Everybody In,” featuring members of what GM has dubbed “Generation E,” who are meant to connect with young customers interested in electric cars.

GM plans to have 30 battery-powered vehicles on sale globally by 2025 as part of a $27 billion investment in electric and autonomous driving tech.

The first new model coming to U.S. dealers will be the Chevrolet Bolt EUV crossover, which goes on sale this summer and will be followed by the GMC HUMMER EV SUV at the end of the year.

5 of the most beautiful vehicles on KSL Cars right now – KSL.com 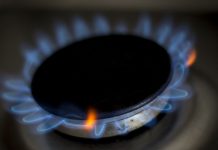