ATLANTA (AP) — Georgia’s governor wants President Joe Biden to override a federal regulatory decision that could threaten the future of a giant battery factory being built in the northeastern part of the state.

Gov. Brian Kemp on Friday called on Biden to review a ruling that went against SK Innovation, which is building a $2.6 billion electric vehicle battery plant in Commerce that the company has said would employ 2,600 workers.

SK has contracts to supply batteries for an electric Ford F-150 truck and an electric Volkswagen SUV to be manufactured in Chattanooga, Tennessee. The commission said SK can supply batteries to Ford Motor Co. for four years and to Volkswagen for two years, saying it had tailored its order to not disrupt those customers. SK can also repair and replace batteries in Kia vehicles that have already been sold.

Biden has 60 days to review or block the ruling.

“President Biden and his administration also have the opportunity to support thousands of hardworking Georgians — and their communities — who would benefit from SK Innovation’s continued success in our state,” Kemp, a Republican, said in a Friday statement that also urged Georgia’s congressional delegation to step in.

LG had accused SK of hiring away dozens of employees to steal battery technology and an administrative law judge ruled in LG’s favor last year. The U.S. International Trade Commission upheld the ruling on Wednesday.

SK’s “total disregard of our warnings and intellectual property rights gave us no choice but to file this case,” said John Hyun Jim, CEO of LG Energy Solution. “We are grateful to the International Trade Commission for protecting our innovations and significant economic investments in the United States.”

SK Innovation said it has “serious concerns about the commercial and operational implications of this decision for the future of our EV-battery facility in Commerce, Georgia.” The state gave $300 million in free land, cash and other incentives for the factory, which is now partially built and is supposed to open in 2022.

The company also said the setback could hurt the Biden administration’s goals to increase electric vehicles to fight carbon emissions and climate change.

“We look forward to having detailed discussions with Biden administration officials charged with reviewing the ITC’s ruling and carrying out the President’s policies related to electric vehicles and the environment,” SK said.

LG left open the possibility that SK could end the dispute by paying to license LG’s technology.

“All we want is for the plant to not use our technology, or if you want to use the technology, come clean to us and pay compensation under law, and we’ll be happy to discuss a commercial resolution to this,” LG attorney Song Jung told The Atlanta Journal-Constitution on Thursday.

LG makes electric vehicle batteries in a factory in Detroit and has another plant under construction in Ohio. 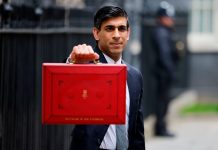 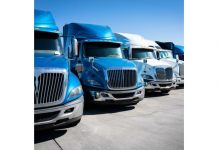 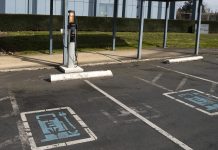