The Government has introduced the new grant rates for electric cars in the UK after experiencing a spike in demand.

Two weeks ago it announced that it would be revising the incentives that drivers could benefit from in the UK.

This will now make low-emissions vehicles more expensive to buy in the country.

The move was heavily criticised when it was announced as the Government is looking to meet strict emissions standards.

The new vehicle rates were expected to come into force on November 9th but the Government has prematurely pulled the plug on them due to seeing a spike in registrations.

“Following exceptional demand, the sales cap for all vehicles eligible for the grant has been reached, and the new grant rates are now in effect,” a DfT spokesperson said.

“These changes will allow us to focus support on zero-emission vehicles, such as pure electric and hydrogen fuel cell cars.

“Hybrid vehicles will continue to be supported through lower car tax rates, grants for charging infrastructure and local incentives such as free parking.”

The DfT said sales of eligible vehicles was six times higher than normal.

This follows the revelation that there was a cap on the amount of electric and hybrid cars could be registered before November 9th before the new rates would come into effect.

When the move was announced Mike Hawes from the SMMt said that “Prematurely removing up-front purchase grants can have a devastating impact on demand – without world-class incentives, government’s world-class ambitions will not be delivered.”

The decision to remove the old grant rates early has been criticised by a number of motorist groups, with Steve Gooding, director of the RAC Foundation, saying the decision could have an affect on hybrid vehicles long term.

He said: “While ministers might have fallen out of love with hybrid technology, this last-minute rush to showrooms suggests the reassurance of running in part on conventional fuel is attractive to buyers with range anxiety, especially when it comes at an attractive price.

“The big question is whether motorists’ enthusiasm for hybrids will hold up now that the plug has been pulled on the grant.”

Simon McCulloch, Director at comparethemarket.com, said: “We’re surprised and disappointed that, having explicitly stated that greener roads are a priority, the Government is scrapping subsidies for hybrid cars from today – even earlier than initially warned – and reducing the incentive to buy an electric vehicle.

“Our research shows that the cost of electric and hybrid vehicles is a major deterrent to nearly half of UK drivers, with 49 per cent saying they could not afford to go green.

“Getting rid of subsidies is likely to make this even harder and could have the impact of driving down sales of more environmentally-friendly vehicles.

“For sales of electric cars to really take off, steps must be taken to improve and expand the infrastructure on which they rely, as well as making greener vehicles the best financial option for car buyers, so this news is a big step away from achieving the much needed clean-up of our roads.” 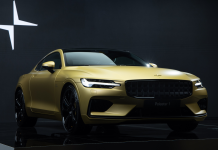 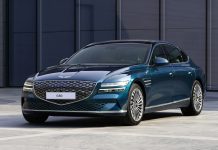 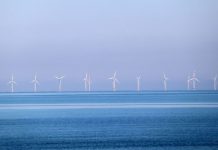 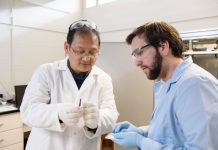