New smart motorways must have radar technology in place before they open to detect stopped vehicles, the government has announced, in a move some campaigners said did not go far enough to ensure motorists’ safety.

But some families of victims dismissed the measures and, joined by Labour, demanded hard shoulders be reinstated. Unions also said there were not enough road traffic officers to deal with emergencies, even once vehicles were detected.

Smart motorways – which convert the hard shoulder into an active traffic lane and limit speeds or close lanes using overhead electronic signs – have been criticised after a series of fatal collisions where stationary cars were struck.

Shapps launched an action plan a year ago to improve safety, but did not halt the further introduction of smart motorways, which are seen as the cheapest and least disruptive way of adding capacity to congested roads.

As well as installing radar detection for emergencies, Highways England will also upgrade cameras to spot and prosecute motorists who ignore the red X signs and drive along closed lanes, creating additional danger.

Shapps said: “Despite the data showing that fatalities are less likely on all-lane running motorways than on conventional ones, this doesn’t mean all drivers necessarily feel safe on them.”

Meera Naran, an independent road safety campaigner whose eight-year-old son, Dev, died in a motorway collision on the M6 in 2018, said it was “a positive step in the right direction”.

But Claire Mercer, whose husband, Jason Mercer, died on a smart motorway in June 2019, told the PA news agency: “It’s all compromises. Nothing short of giving back the hard shoulder in every single instance will be acceptable.” The coroner’s inquest into Mercer’s death found that the lack of a hard shoulder was a factor, and that such motorways presented “an ongoing risk of future deaths”.

Labour said it would continue to press Shapps to reinstate the hard shoulder immediately while full safety reviews were undertaken. Jim McMahon, shadow transport secretary, said: “Ministers appear to have decided to ignore the pleas of those who have already lost loved ones, and of the coroners who investigated their deaths.”

The AA said the most urgent need was for more emergency refuge areas, but added that revised climate emergency targets and home working put in question the need to expand smart motorways.

The Prospect union said declining numbers of traffic officers also undermined safety. Garry Graham, deputy general secretary, said: “Technology can identify breakdowns but you need an operator to spot the problem, and then you need traffic officers to resolve it.” 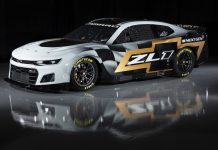