Reported by Deadline, Gugu Mbatha-Raw, star of The Morning Show, has led the lead role in Surface, a new psychological thriller coming to Apple TV+. The series is created by Veronica West, co-creator and executive producer of High Fidelity.

Apple has reportedly given a green light for a straight-to-series order for the thriller, which comes from Reese Witherspoon’s Hello Sunshine and Apple Studios. Witherspoon will executive produce the series alongside West and Lauren Neustadter with production set to begin next year.

Mbatha-Raw, who played Hannah Shoenfeld alongside Witherspoon in The Morning Show, will also co-exec produce. The British actor also recently starred in Misbehaviour alongside Keira Knightley and in Jessica Swale’s Summerland with Gemma Arterton and is set to star in Disney+’s Loki.

Hello Sunshine also produces The Morning Show, Truth Be Told, and the upcoming My Kind of Country for Apple’s streaming service. It is also one of many projects currently being produced by Apple’s production company.

Surface is also the latest project from Apple Studios, the production arm of the tech giant and streamer that has been quietly racking up projects. It is also producing High Desert starring Patricia Arquette, an untitled detective drama series with Robert Downey Jr. and Susan Downey’s Team Downey and Adam Perlman, and Masters of the Air with Steven Spielberg’s Amblin Television and Tom Hanks and Gary Goetzman’s Playtone.

Details of the series such as the plot and when it will premiere on Apple TV+ are currently unknown. 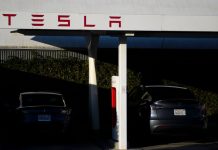 Production has officially started for season two of ‘Ted Lasso’

Apple shares behind the scenes of ‘Shot on iPhone’ student films 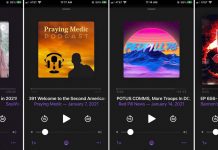 Poll: What ports and features do you want to return or arrive on the 2021 MacBook Pro?