Eaglestrike, as well as several pieces of armor for the core and other cosmetics, can all be unlocked by progressing Fracture: Entrenched’s free Event Pass. There are 30 tiers of this Event Pass in total, with each one awarding players a new unlock when reached. To progress the Event Pass, players will need to complete Event Challenges by playing the event’s featured game mode: Land Grab.

Land Grab is the latest mode to come to the Halo Infinite multiplayer experience, and it’s essentially a more chaotic version of King of the Hill. At the start of each Land Grab match, three neutral zones spawn in on the map. Capturing a zone locks it and awards the team that owns it a point, and once all three zones have been captured, they disappear and a new trio of zones spawn. This cycle continues until one team gets 11 points, giving them the victory.

Overall, Fracture: Entrenched looks like it’s going to be one of the best events Halo Infinite has had yet, though it’s important to keep in mind that it’ll only be active during the final week of each month in Season 2. That means you only have six weeks to fully unlock everything from the Fracture: Entrenched Event Pass from now until Season 2’s Nov. 7, 2022 conclusion. Make sure you plan your gameplay time accordingly, Spartans.

Halo Infinite multiplayer is available now for free on Xbox and PC, and while it hasn’t had the greatest start, it has the potential to grow into one of the best Xbox shooters ever made.

Halo Infinite promises fans the most expansive Halo experience to date, featuring a fantastic campaign with a dynamic open world and an excellent story as well as an exciting free-to-play multiplayer with strong core gameplay and plenty of awesome cosmetic unlocks. 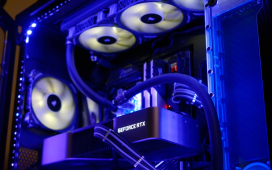