This week, the U.S. Postal Service announced that it would be introducing up to 165,000 of its U.S.-built next-generation delivery vehicles over the next decade. The new plan comes as part of a larger initiative to modernize the postal service and reduce greenhouse gas emissions. According to the USPS, the Next Generation Delivery Vehicle (NGDV) will be equipped with either fuel-efficient internal combustion engines or battery-electric powertrains and can be retrofitted to keep pace with advances in electric vehicle technologies.

Today, the USPS has more than 230,000 vehicles in its service, making it one of the world’s largest postal fleets in the world. That means it will be no small task to replace, and as a result, USPS will use part of the new $482 million investment to include plant tooling and improvements for the U.S. manufacturing facility where final vehicle assembly will occur.

Let’s take a closer look at the future of the USPS truck.

Futuristic Design For The USPS Truck

As mentioned earlier, the new vehicle has been designed to be more fuel-efficient; however, according to the USPS Chief Executive Officer Louis DeJoy, only 10 percent of the new NGDVs will come outright equipped with electric batteries. The remaining vehicles will come with eco-friendly combustion engines  — containing the option to be converted to an electric powertrain down the road.

RELATED: These Electric Trucks Are Inspiring A New Breed Of Motorhead

“Our fleet modernization also reflects the Postal Service’s commitment to a more environmentally sustainable mix of vehicles,” DeJoy said. “Because we operate one of the largest civilian government fleets in the world, we are committed to pursuing near-term and long-term opportunities to reduce our impact on the environment.”

According to an ABC News article, the new trucks were required to undergo a total of 24,000 miles of testing that included 35,000 potholes, 100 consecutive stops from 15 mph — as well as a mix of other testing created to replicate real-life delivery conditions. More testing is a good thing. A report from Vice News showed that more than 400 of the USPS’s older generation LLVs have caught fire since 2014.

RELATED: Mail Trucks Are Catching Fire And Nobody Is Sure Why

When Will We see The New USPS Truck on the road?

According to the USPS, the first NGDVs are due to appear in neighborhoods across America in 2023. The manufacturer, Oshkosh Defense, has committed to delivering 50,000 of the 165,000 promised vehicles by then, so you’ll likely see them across the country. The contract details an ‘indefinite delivery’, meaning that after an initial dollar commitment, the USPS will have the choice to order more NGDVs over a fixed period of time.

“As the American institution that binds our country together, the U.S. Postal Service can have a bright and modern future if we make investments today that position us for excellence tomorrow,” said DeJoy. “The NGDV program expands our capacity for handling more package volume and supports our carriers with cleaner and more efficient technologies, more amenities, and greater comfort and security as they deliver every day on behalf of the American people.”

This will be the first time in 35 years that postal workers will receive new delivery vehicles. The older Grumman LLVs have lived up to their distinction as long-life vehicles. Over 140,000 of these are still on the roads today. According to an ABC News article, the older vehicle used the engine and chassis from a Chevrolet s-10 pickup truck, and its aluminum shell was designed and built by Northrop Grumman, an aerospace and defense company. So it’s no surprise that its current manufacturer, Oshkosh Defense, has its roots in the same industry.

Oshkosh Defense is an industry leader in military vehicle manufacturing. The company is responsible for behemoths like the TAK-4 — a family of military all-terrain vehicles that all share a similar independent suspension system that allows for superior off-roading capability. While USPS’s new truck won’t be dodging IEDs, postal workers should rest easy knowing that their vehicles were created by capable engineers.

“Our century-long history of delivering products to customers, operating in some of the most demanding and severe conditions on the planet, uniquely positions us to bring exceptional reliability, safety, and maintainability to USPS’s Next Generation Delivery Vehicles,” said John Bryant, Executive Vice President, Oshkosh Corporation, and President, Oshkosh Defense. “Partnering with trusted suppliers, we have developed a purpose-built solution to support the current and future needs of the USPS.”

NEXT: These Are the Best (And Worst) Trucks for War

These Classic Sports Cars Were Sacrificed To The Rust Gods, They’re Still Worth A Fortune 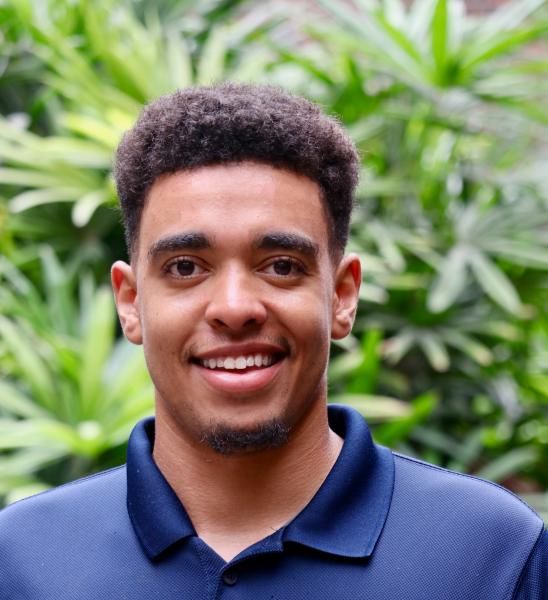 Elijah Rawls is a writer, journalist and media professional. He has experience in traditional print and radio journalism, corporate blog production, press release writing and media pitch creation. Elijah graduated from the University of Florida with a degree in journalism and political science. During his time at UF, he co-created and co-hosted a weekly hip-hop radio show on 89.1 FM WUFT. He’s been a fan of all things cars since he was 5 years old.