The 2022 Nikola Badger met its death before it even left the gate.

Nikola Motor has been turning heads for a while now. What with their promised fleet of EV semi-trucks, they were set to beat Tesla semi-trucks, donning technology that Elon Musk was yet to get his hands on. It has been over 6 years since Nikola unveiled its first EV semi-truck, and that one move in 2014 started a frenzy within wall street, with people racing to cash in on the hydrogen cell fuel semi-truck technology. A few years later, Nikola announced the Nikola Badger, a GM-built fully-electric and hydrogen fuel cell electric pickup truck, their fledgling pickup truck that was supposed to give Tesla a run for their money.

Recently though, investors and eager customers have been receiving some less than flattering news about the future of their money, and the company. Enter General Motors. Seeing the potential in Nikola’s technology, in an agreement to pour about $2 billion into Nikola’s technology for an 11% stake in September of 2020, GM was to supply Nikola with batteries, a chassis architecture, fuel cell systems, and a factory to get to work building the Nikola Badger. This pushed an ailing Nikola back into the game, with GM hoping to piggyback on Nikola’s technology to compete against Ford’s plans to go fully electric. They were wrong. The 2022 Nikola Badger met its death before it even left the gate.

Does Nikola Have A Working Truck?

Make a quick visit to the Nikola website and you will be met with a gleaming set of images of Nikola semi-trucks, which undoubtedly have some of the best designs on paper. Their Badger page also reveals an amazingly designed pickup truck, which seemingly has all the trappings of modern technology built-in. There’s only one problem with this set of pictures. The Nikola Badger does not exist, definitely not as a working prototype! Matter of fact, someone cited that Tesla has more cars in space than Nikola has on the road! (Tesla only has one car in space by the way)

Over the last year, fans of the Badger have had to come to terms with the fact that Nikola is as sketchy as it gets, having had people commit to trucks that the company itself wasn’t even planning on building. Yes, they weren’t going to build the Badger, to begin with, since as it later turned out, the company didn’t really have the tech, or expertise to deliver their promises and they were relying on GM’s technology and engineers to bring the EV pickup to life. GM scaled down their agreement with Nikola, opting out of many of the earlier agreed options that they were to offer Nikola, and that ushered in the demise of the Nikola Badger.

How Much Is The Nikola Truck?

Let’s humor ourselves for a minute and consider that the truck was available. How much would it be worth? The company reports that the vehicle has 906 hp, 980 lb-ft of torque, and can tow over 8,000 pounds. Not bad at all. Powering all of this, according to Nikola is a 160 kWh battery, with an opt-in 120 kW fuel cell. The Badger was advertised as a 4×4 Independent Wheel Drive pickup that could comfortably seat 5. Slap on the beautiful designs we saw on render and what we get is an amazing EV truck, which undoubtedly would come at quite the cost.

Nikola has not announced a definitive price point for the truck, but they did give a price estimate of $60,000 for the electric pickup, and $80,000 for the hydrogen fuel-cell electric vehicle version. Since 29th June of last year, the company started taking pre-orders of $5,000 to secure a seat in the then-planned reveal event, and it was also to serve as a deposit for the Badger. Ever since the pre-orders started, the planned production of the Badger began to come apart at the seams, and fast-forward to 2021, Nikola has been issuing refunds for those pre-orders.

Related: 10 Reasons Why We Want An Audi E-Tron GT

What Does The Future Hold For Nikola?

GM’s original plan was to take a $2 billion equity stake in Nikola, and open up manufacturing space and resources to the startup. However, in late November of last year, GM scrapped that idea and instead elected to simply sell its patented hydrogen fuel cell system to Nikola. This no doubt had to do with the fact that Nikola was mired in controversy and scandals that stretched out into the horizon. The SEC’s interest in Trevor Milton’s activities didn’t help either, and they further served to impede the partnership BP was just starting to develop with Nikola for the provisioning of a network of hydrogen filling stations.

Nikola currently doesn’t particularly have boatloads of money. They have about $900m in cash, but they are certainly out of their depth considering they have no manufacturing space, limited resources, and their most solid partners have taken flight. The plummeting of their stock has only served to further complicate things as it is now infinitely tough for them to raise some much-needed capital to complete the manufacturing of their semi-trucks. One thing we can be sure about is that it will take a miracle for Nikola to be able to get back on the EV truck wagon, and as it stands, Cybertruck has nothing to be worried about with Nikola.

Next: The 2022 Mercedes-Benz C-Class Is Longer, Wider And Truly Shines On The Inside

Time To Get Excited: Buell Motorcycles Is Coming Back 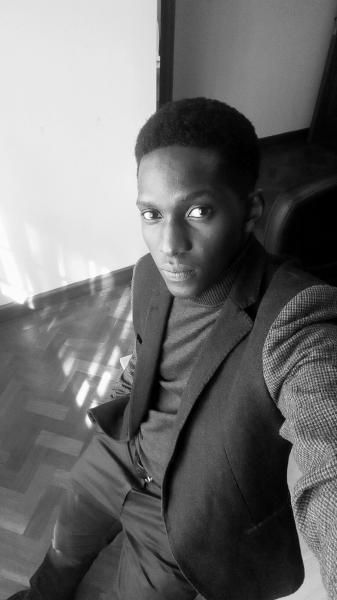 Edwin grew up with a morbid fascination for everything that moved on wheels, and has since cashed in on his love of vehicles. He has been actively seeking out events particularly showcasing car technology and the future of the car manufacturing industry. With a degree in Software Engineering, he spends a good deal of time tinkering with car software and he recently acquired a 2011 Audi A4, whose technology he spends the bulk of his weekends upgrading.