OnePlus is a relatively young company compared to a number of other mobile tech giants in the market, but this China-based company managed to rise extremely fast thanks to releasing extremely compelling flagship-grade smartphones at affordable price tags. The company has been using the “Never Settle” moto from the start. It has managed to sell quite a few devices to date, and establish itself as one of the best smartphone manufacturers in the market.

The company’s first smartphone, the OnePlus One made quite a splash in the tech community. OnePlus wasn’t exactly all that well-known back there, but all of that changed over the years. The company’s initial practice of invite-only purchases also changed. Such practice was in place due to low smartphone stock. If you’d like to take a trip down the memory lane, read on. In this article we’ll take a look at OnePlus’ flagship smartphone one by one, starting with the OnePlus One. It is also worth noting that this article will be updated as new OnePlus flagship phones arrive. 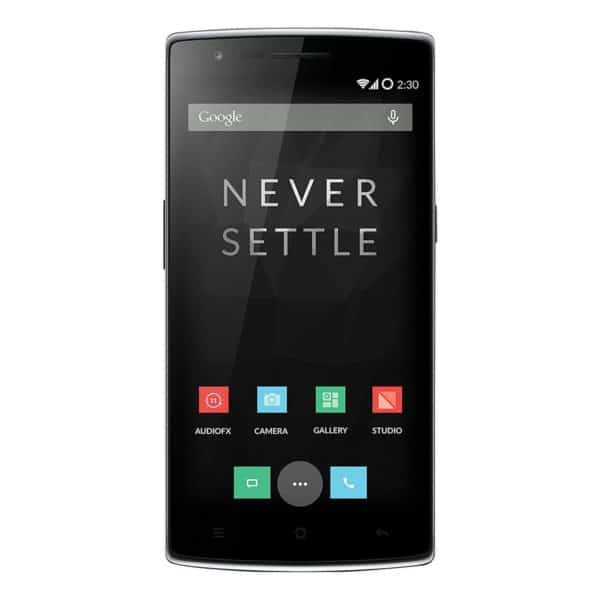 The OnePlus One is the company’s very first smartphone, and it was referred to as the “Flagship Killer” back when it launched, mainly due to its flagship-grade specs and qualities, and not a huge price tag. This smartphone was announced back in April 2014, and it was priced at $299 and $349 for 16GB and 64GB storage variants. The OnePlus One came with a Sandstone back, and it shipped with a commercial variant of CyanogenMod on it, CyanogenOS, which ran on top of Android 4.4.2 KitKat.

This smartphone features a 5.5-inch fullHD display, along with 3GB of RAM and 16GB / 64GB of storage. The phone is fueled by the Snapdragon 801 quad-core processor, while it sports a single 13-megapixel camera on the back. A 5-megapixel unit is included on the phone’s front side. A 3,100mAh battery is also a part of the package. The phone does sport a 3.5mm headphone jack, in case you were wondering. 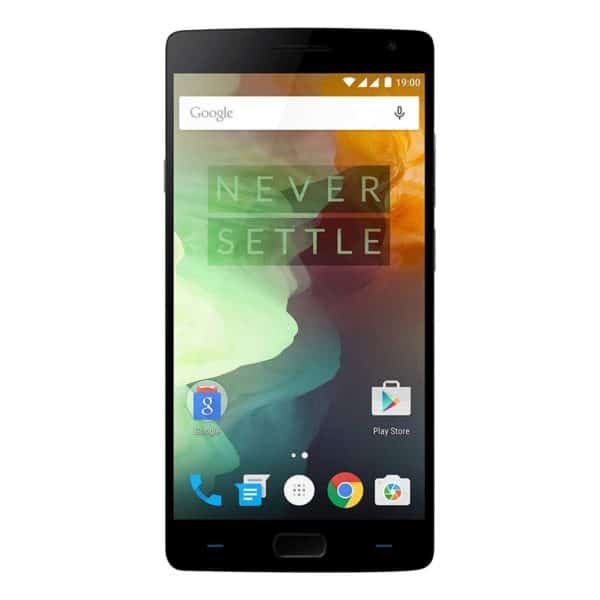 The OnePlus 2 arrived in July of 2015, while it was released in August that same year. That handset doeos resemble the OnePlus One to a degree, but it features a fingerprint scanner below its display. That fingerprint scanner is flanked by two capacitive keys, which are customizable. The phone still includes a single camera on the back, and the Sandstone material made a comeback here.

The OnePlus 2 shipped with Android 5.1 Lollipop and OnePlus’ OxygenOS skin on top of it. This happened because OnePlus and Cyanogen decided to terminate their cooperation. Luckily for OnePlus, OxygenOS ended up being a truly compelling skin for Android. It’s a close-to-stock one with a number of useful additions. The OnePlus 2 features a 5.5-inch fullHD display, 3GB / 4GB of RAM and 16GB / 64GB of storage. The phone is fueled by the Snapdragon 810 SoC, while it ships with a 3,300mAh battery. 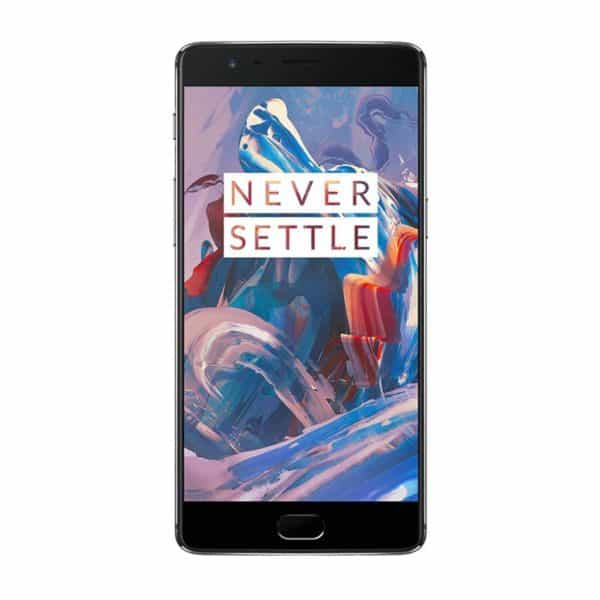 The OnePlus 3 was the very first OnePlus-branded phone to sport a metal unibody build, and the phone was announced in June 2016. The device sports a single camera on the back, which does protrude a bit. A front-facing fingerprint scanner made a comeback here, along with capacitive buttons that flank it. The OnePlus 3 ships with Android 6.0.1 Marshmallow out of the box, with OnePlus’ custom UI.

The device retained a 5.5-inch fullHD display size from the OnePlus 2, but unlike the OnePlus 2, this phone came with an OLED panel, and Optic AMOLED display, to be exact, which made it the first OnePlus flagship to include an OLED panel. The OnePlus 3 also shipped with 6GB of RAM and 64GB of non-expandable storage. It features a 16-megapixel camera on the back, and is fueled by the Snapdragon 820. A 3,000mAh battery is included in this package, as are two SIM card slots (2x nano SIM). 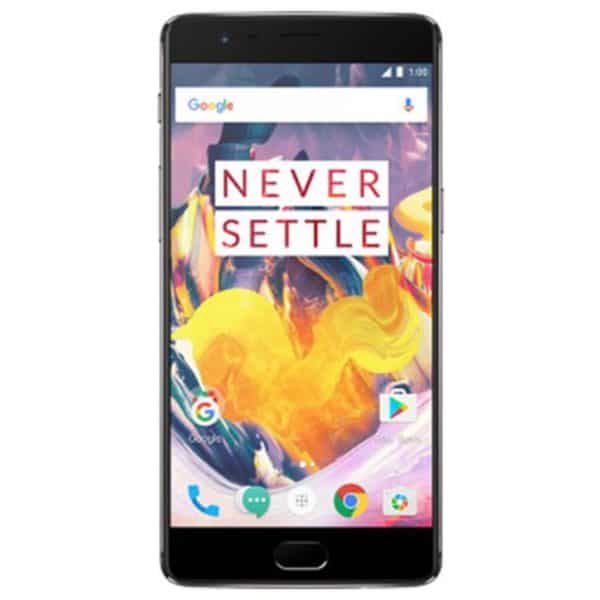 The OnePlus 3T looked the same as the OnePlus 3, save for a new color variant that was available, and it was announced in November 2016. This was the first time OnePlus released a “T” variant of a smartphone. The OnePlus 3T did bring some improvement over the OnePlus 3, including a more powerful processor (the Snapdragon 821), larger battery, and several other improvements.

Other than that, this phone is the same as the OnePlus 3 in the spec department as well. The phone features the same display, same RAM count, same software, same camera setups, and so on. The phone ended up being quite successful for OnePlus, though, so the company opted to continue releasing two flagship smartphone per year. These were usually iterative improvements over the main phone. 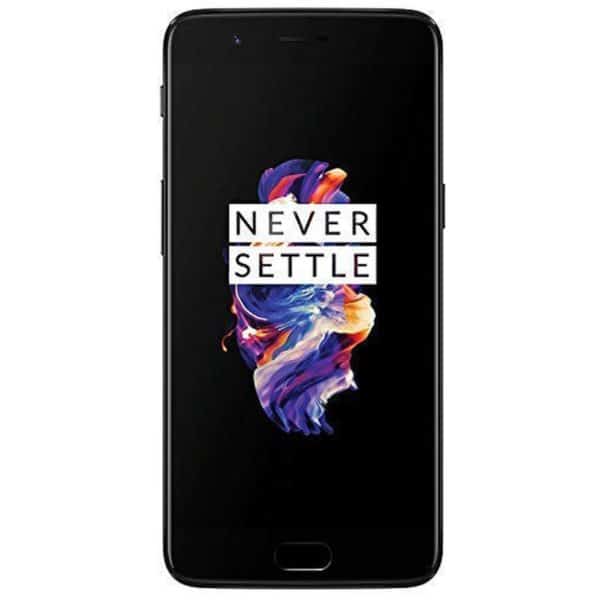 The OnePlus 5 was announced in June 2017, and it looks similar to its predecessor from the front, though the whole phone is somewhat different in terms of the design. The OnePlus 5 sports a front-facing fingerprint scanner with two capacitive navigation buttons on each side of that scanner. The device also ships with two horizontally-aligned rear-facing cameras. This is the first OnePlus-branded handset to sport two rear-facing cameras.

The OnePlus 5 is made out of metal, and it features a 5.5-inch fullHD Optic AMOLED display. The device is fueled by the Snapdragon 835 64-bit octa-core processor, while it arrived in 6GB and 8GB RAM variants. Those two variants pack in 64GB and 128GB of storage, respectively. Android 7.1.1 Nougat comes pre-installed on the device, along with the company’s OxygenOS Android overlay. 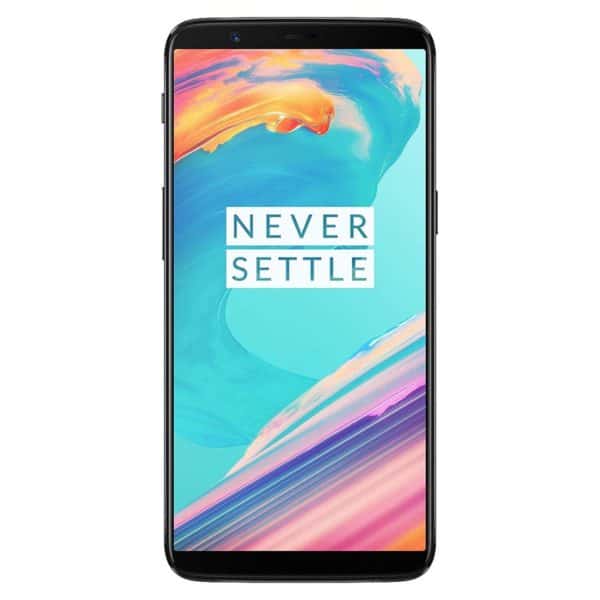 The OnePlus 5T includes the very same processor that was utilized in the OnePlus 5, the Snapdragon 835, while the phone also comes in 6GB and 8GB RAM variants, with the same storage setups as the OnePlus 5. A 3,300mAh battery is included on the inside of this phone, while the device ships with Android 7.1.1 Nougat out of the box. The OnePlus 5T does include a 3.5mm headphone jack, just like its predecessors. 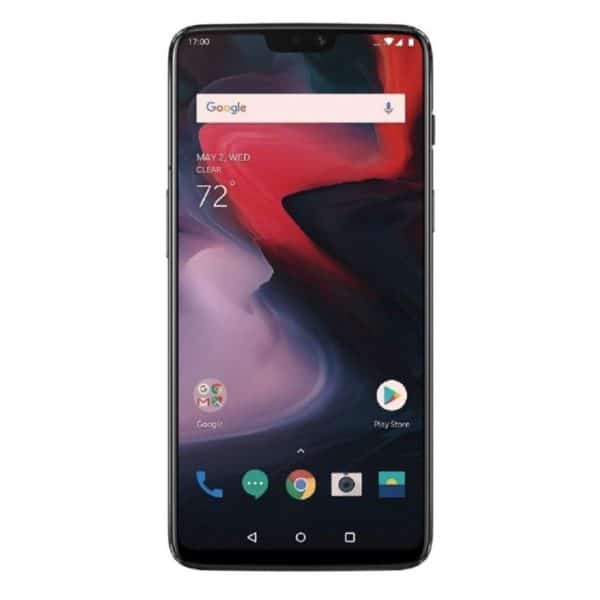 The OnePlus 6 arrived in May 2018 with even thinner bezels than the OnePlus 5T, but unlike the OnePlus 5T, this phone includes a rather noticeable display notch. The OnePlus 6 is the first OnePlus flagship to be made out of metal and glass (the OnePlus X was not a flagship-grade phone), and it includes two vertically-aligned cameras on its back. Those two cameras are centered, and right below them, a fingerprint scanner is located.

The OnePlus 6 features a 6.28-inch fullHD+ display, 6GB / 8GB of RAM and 64GB / 128GB / 256GB of storage. The phone is fueled by the Snapdragon 845 64-bit octa-core processor, and a 3,300mAh battery is included on the inside. Android 8.1 Oreo comes pre-installed on this device, and the OnePlus 6 also sports a 3.5mm headphone jack, which remains unchanged compared to its predecessor. 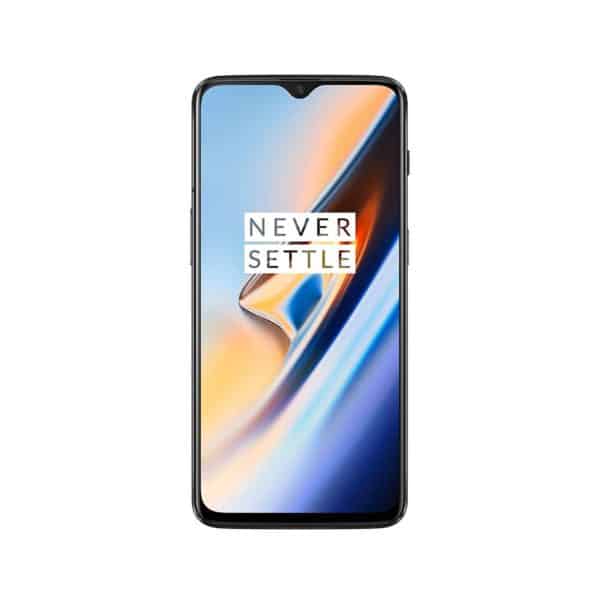 Other than those differences, the design of this phone remains pretty much the same as on the OnePlus 6. The OnePlus 6T includes a larger 6.41-inch fullHD+ display, though, while it arrived in 6GB / 8GB / 12GB RAM variants, the 12GB RAM model is reserved for a special edition variant of the OnePlus 6T. The OnePlus 6T also arrived with a noticeably larger battery than the OnePlus 6, a 3,700mAh unit. The device ships with Android 9 Pie out of the box. 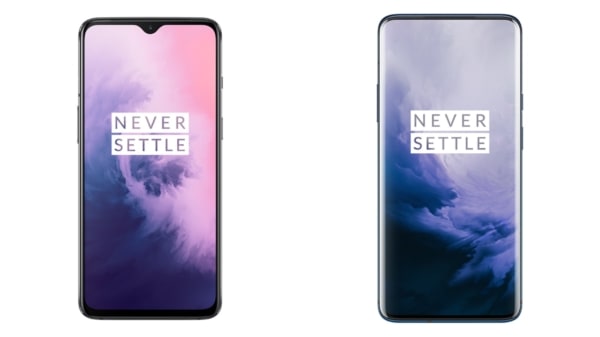 The OnePlus 7 series was announced in May 2019, the company introduced two smartphones, the OnePlus 7 and OnePlus 7 Pro. The OnePlus 7 Pro is the more premium of the two phones, even though the two devices do share some specifications. Both devices are made out of metal and glass, though their design is considerably different overall, as OnePlus opted for a different approach in these two cases.

Both devices are fueled by the Snapdragon 855 64-bit octa-core processor, and both ship with UFS 3.0 flash storage. Android 9 Pie comes pre-installed on both devices, along with OnePlus’ OxygenOS 9.5. The OnePlus 7 Pro’s display also offers higher resolution, 90Hz refresh rate, and it is HDR10+ certified, not to mention that it offers faster charging. Neither of the two phones are IP certified, nor do they offer wireless charging. 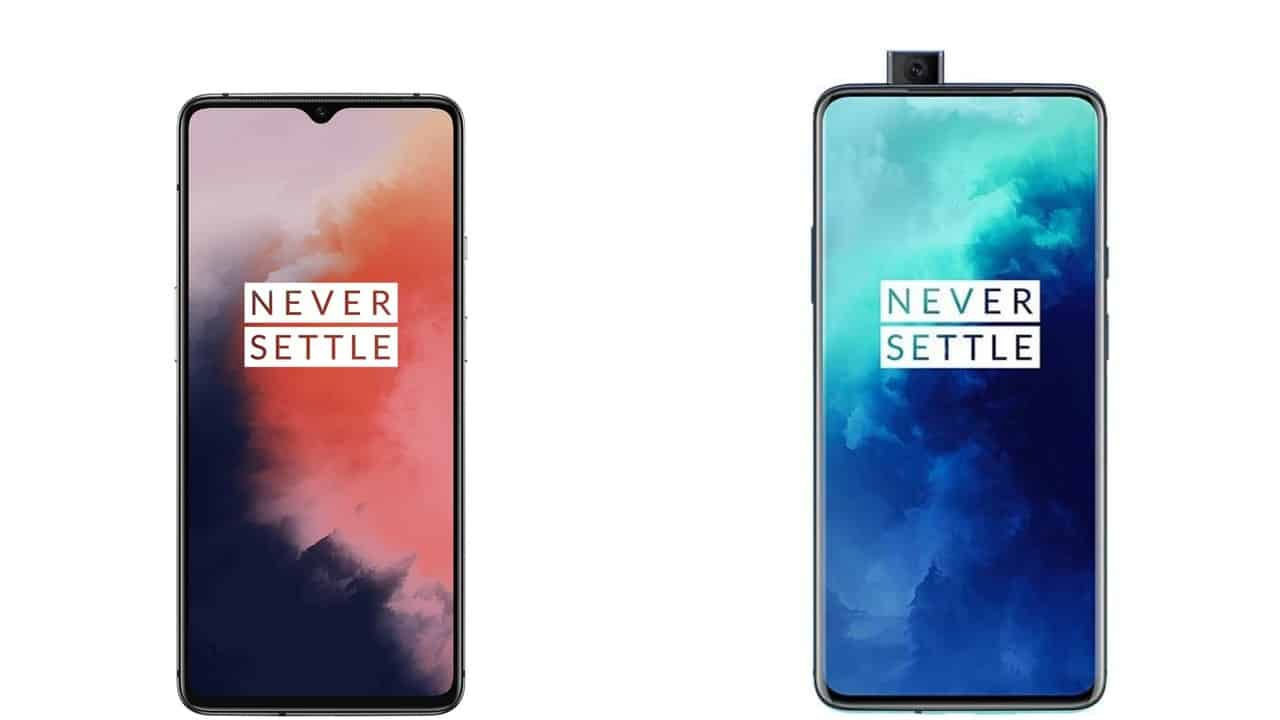 The OnePlus 7T was announced in September 2019. The phone arrived as an upgraded variant of the OnePlus 7, and this may be the most notable change a T series phone brought to the table. The OnePlus 7T comes with an upgraded processor, display, charging, and cameras, compared to its predecessor. The OnePlus 7T is made out of metal and glass, and it features a waterdrop display notch, in addition to a camera oreo.

The device features a 6.55-inch fullHD+ Fluid AMOLED display with 90Hz refresh rate. The Snapdragon 855 Plus fuels this handset, while a 3,800mAh battery is included on the inside. Warp Charge 30T is also a part of the package, and is 23-percent faster than Warp Charge 30. The device includes 8GB of RAM and comes in 128GB and 256GB storage variants (UFS 3.0). 48, 12, and 16-megapixel cameras are placed on its back, while Android 10 comes out of the box. 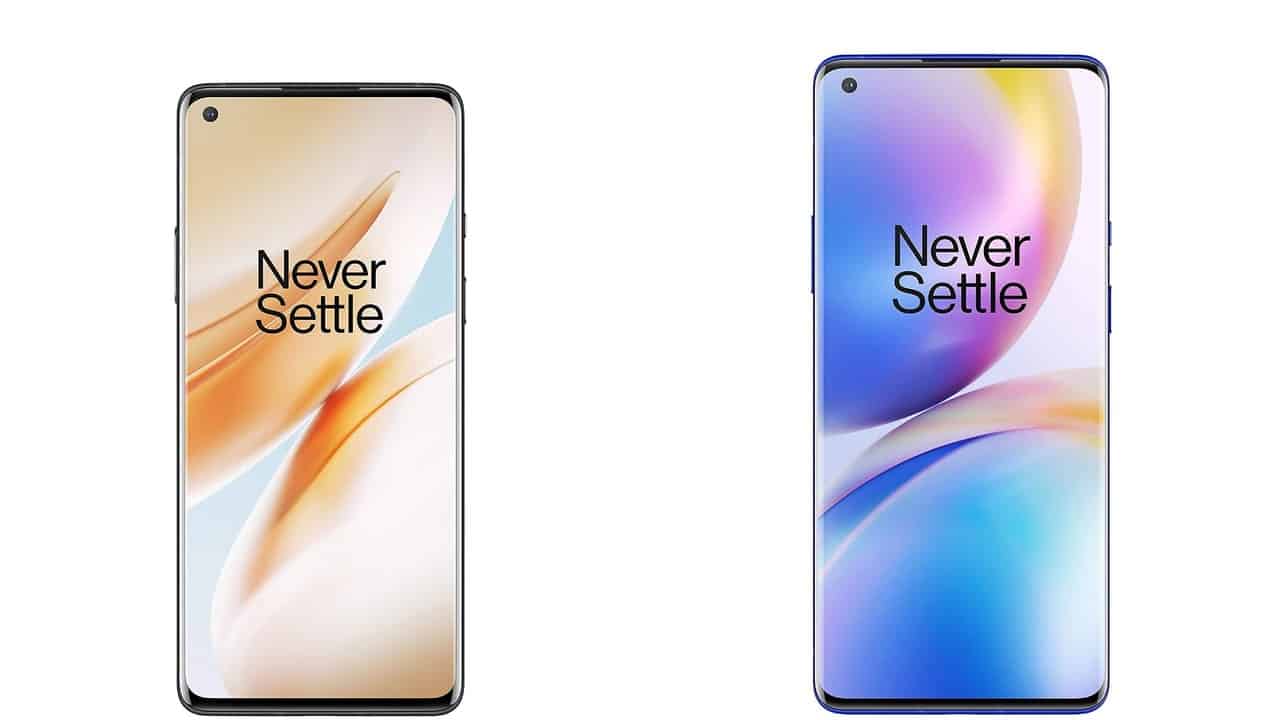 The OnePlus 8 and 8 Pro were announced in April 2020. Needless to say, the OnePlus 8 Pro was the more premium of the two. Both devices were flagship-grade smartphones, though, and both were fueled by the Snapdragon 865 SoC, Qualcomm’s best processor at the time. The two devices also looked quite similar, but the OnePlus 8 Pro was larger, and had a different-looking rear camera setup.

Unlike the OnePlus 7 Pro, the OnePlus 8 Pro did not have a pop-up selfie camera. OnePlus opted to include a display camera hole instead. That move removed moving parts inside the device, but it left the phone with a noticeable hole in the display. The OnePlus 8 Pro was also the very first OnePlus-branded smartphone to offer wireless charging, and an official IP68 certification for water and dust resistance. Android 10 shipped out of the box on these two smartphones, along with OxygenOS 10. 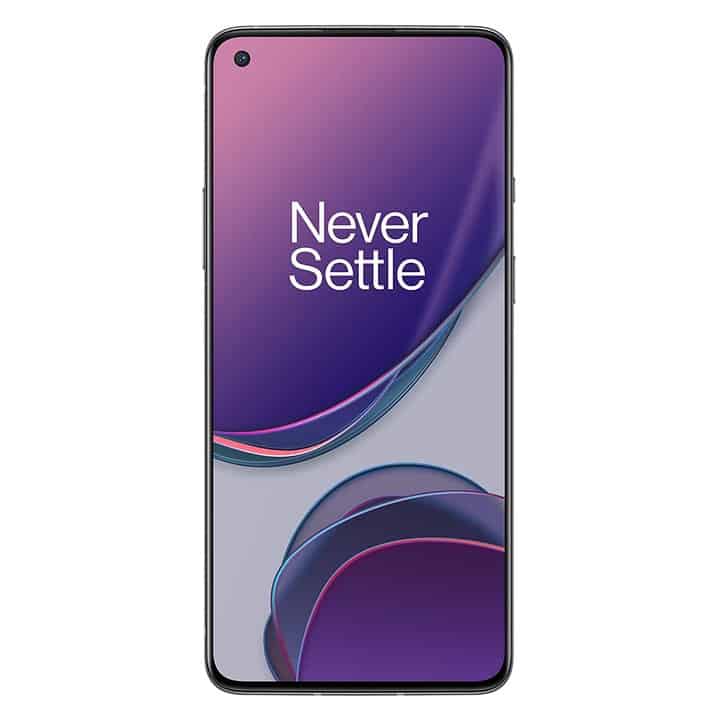 The OnePlus 8T got announced in October 2020. This time around, OnePlus opted to announce only one T series smartphone. A year before that, the OnePlus 7T and 7T Pro were launched. This is actually a good move by the company, as for the most part, there was no need for two 7T variants. The OnePlus 8T  was a half-cycle upgrade, and it came with the same processor as the OnePlus 8 and 8 Pro.

This phone did come with a flat display, unlike its siblings. It also delivered faster charging than the two devices that came before it. The OnePlus 8T was the first smartphone from the company to offer 65W fast charging. Do note that we’re talking about wired charging here. The OnePlus 8T did not support wireless charging. The phone included four cameras on the back, with the same sensor that was included in the based OnePlus 8.