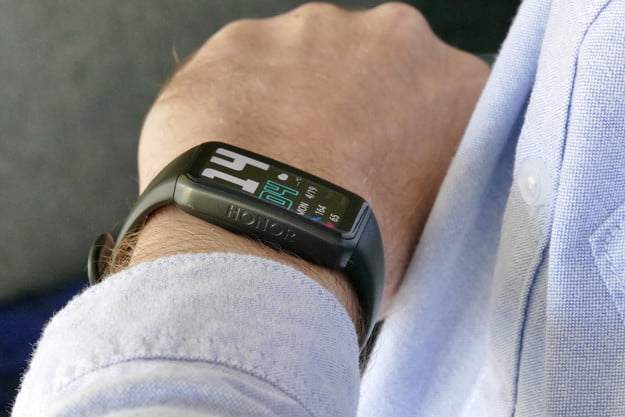 Honor Band 6 review: Exactly what a fitness tracker should be

“It’s exactly what a good fitness tracker should be — reasonably priced, not too big, and with a focus on comprehensive health-tracking features, plus some welcome extras.”

It’s probably best not to think of the Honor Band 6 as a simple fitness tracker, as it does more than count your steps, but for a lot less money than a smartwatch. All the sensors and health tracking tech you expect is inside, plus Honor has added in some smartwatch-like functionality, just as it did on the Honor Watch ES. Does this make the Honor Band 6 a desirable hybrid device, or is it a messy amalgamation that doesn’t really know what it’s supposed to be? I’ve found out.

The Honor Band 6 is shaped like the Honor Watch ES, just smaller and less complicated, and that makes it just about right. The plastic body of the Honor Band 6 has a 1.47-inch touchscreen on the front, a single button on the right-hand side, and some Honor branding on the left-hand side. It’s chunkier than the Samsung Galaxy Fit 2, but as it’s very lightweight, it’s never bothersome on your wrist. Despite the higher 11mm profile, I’ve worn it with shirts and overnight without a problem, and there are plenty of holes in the fixed strap to make adjustment simple.

There are three colors available — black, gray, and pink — but the incognito black or gray suit it best. It’s not particularly stylish, but because it’s not trying too hard, it’s not offensive to the eye. Throughout my time wearing it, I’ve not wanted to hide it under my sleeve out of embarrassment, but I’ve not wanted to show it off either. Most of the time I’ve forgotten it’s there until it reminds me in some way.

The small, simple body is closer to a traditional fitness tracker, and all the better for it.

It may not sound like it, but this is a compliment. Honor’s decision to bring the Band 6 closer to the smartwatch and further away from a basic fitness band was a risky one. The design can quickly become overwhelmed, and end up not serving anyone very well. That’s what happened to the Watch ES, but the Band 6’s small, simple body is closer to a traditional fitness tracker, and all the better for it.

The screen is a winner. The 194 x 368 pixel resolution makes it sharp enough to comfortably view and read, the thin bezels keep it from looking cheap, and it’s very responsive and easy to press due to the well-judged size. Unfortunately, there’s no always-on screen available, so you have to either press the button or screen to wake it up, or raise your wrist. The gesture recognition is quick and accurate, but it’s annoying that the screen doesn’t automatically wake up to show notifications when they arrive.

The Honor Band 6 gets hybrid fitness tracker design right, but what about the functionality? With its large screen, the Honor Band 6 includes more smartwatch functionality than you may expect at this price. I’ve had it connected to an Apple iPhone 12 Pro with the Huawei Health app, and it has proven reliable at showing notifications, although there is no way to interact with them. The text shown is clear and extensive, however. It offers a host of common features including the weather, a stopwatch, timer, and the ability to ping your phone if it gets mislaid.

The focus remains on fitness. It’s not drastically different from Honor fitness bands I’ve tried before, but this isn’t a negative. There are 10 different workout modes — including running, walking, cycling, swimming, rowing, and elliptical, plus a free workout mode — for use inside and out, which covers all the most common bases. However, the list looks anemic next to fitness products from Amazfit, which often boast more than 100 different workout modes. The question is, how often do you go rock climbing, surfing, or kayaking? If the answer is never, the Honor Band 6’s 10 modes will probably be quite enough.

The Band 6 will automatically detect workouts, or they can be started manually in a very short amount of time. The menu is navigated using swipes and taps, while the physical button on the side of the case works as a home and back button. It’s smooth and fast, and I’ve had no problem with controlling the Honor Band 6 on my wrist.

Data-rich workout records are shown on the watch. Distance, pace, speed, cadence, steps, stride, and heart rate are all recorded during a walk, and presented in an easy-to-read format. Annoyingly, these records didn’t always easily sync with Huawei Health on my iPhone, which made it difficult to build up historical trends.

In addition to normal fitness tracking, the Honor Band 6 measures heart rate, blood oxygen levels (SPO2), and stress. It also tracks sleep, and has a breathing exercise app. You can opt to have constant heart rate and stress monitoring, but the SPO2 readings must be taken manually. How do the Honor Band 6’s results compare with the Apple Watch Series 6?

I recorded a 55-minute workout with both. The Honor Band 6 claimed I took 3,058 steps and burned 417 kilocalories, with a 120bpm average heart rate. The Apple Watch showed I took 5,738 steps and burned 380kcal, with a 122bpm average heart rate. Throughout my use, the Honor Band 6 has underestimated step count compared to the Apple Watch. The difference is considerable, but may not affect overall health stats as the heart rate and calorie burn are very similar.

Blood oxygen measurements are taken quickly and the results were consistent with those taken by the Apple Watch. The feature’s usefulness outside of sleep tracking or when you’re out mountain climbing are questionable, but it’s always good to have more health-related data to pick up any variations which may be concerning. The Honor Band 6 also features a menstrual cycle tracker.

Sleep tracking is excellent, and Huawei’s TruSleep is one of the best systems I’ve used. The automatic sleep recognition is very accurate, correctly judging my sleep and wake-up times most days, including when I don’t immediately get out of bed. The data provided is in-depth — duration, stages, and breathing — and it also assigns a Sleep Score, with guidance on how to improve your sleep patterns.

The combination of all these stats helps build up a comprehensive picture of your overall health, all for minimal financial outlay, and the Huawei Health app shows all the data collected in a clear and concise way.The Huawei Health app is available for iOS and Android. Set up and syncing is simple, and the app does provide plenty of information, plus ways to customize the watch with different watch faces.

Honor claims the Band 6’s battery will last for 14 days before needing a recharge, but this is either optimistic or based on when every feature is turned off. During my time with it, the battery has dropped around 10% each day if I use the heart rate and stress monitoring, as well as track my sleep. Add in a workout every other day, and you’ll get 10 days maximum from a charge. This is still decent, but not what Honor says it will be.

The Honor Band 6 is available to buy in the U.K. for 45 British pounds/$62 U.S. through Amazon. Although Honor indicated the Band 6 would be coming to the U.S. through its own online store, this hasn’t happened yet, so U.S. buyers will need to use an import service. It’s $52 through AliExpress, for example.

I’ve found the Honor Band 6 very easy to live with, and its comprehensive range of features useful. Crucially, it doesn’t overwhelm with pointless features like the personal trainer on the Watch ES, or a chunky design. It retains the simplicity of a normal fitness tracker, while integrating an attractive screen and simple but helpful smartwatch-style functionality. Trying to be everything to everyone doesn’t usually make a good product, and the Honor Band 6 gets the mix right.

It has just the right level of complexity when it comes to health tracking, with easy-to-use features (several of which are automated), and enough sensors to provide an informative overview of your daily health. It’s not going to satisfy the hardcore athlete, but it’s more than enough for regular people. This is the Honor Band 6’s strength — it does what a good fitness tracker should do without getting muddled up with features that don’t matter at this price.

Honor hasn’t bumped the price up to over $100 either, where smartwatches that look like watches begin to appear. Instead, it’s the type of fitness tracker you should be buying instead of those mostly awful cheap smartwatches found on Amazon. It’s a different world in terms of build, polish, and performance from them. Only availability blights the Honor Band 6, but if you’re prepared to put in the effort, it’s definitely worth it.

Is there a better alternative?

Outside the U.S., the Xiaomi Mi Band 6 will likely be its biggest competitor, as it provides very similar functionality, and while the final price has yet to be confirmed, it’ll likely cost around the same as the Honor Band 6.

How long will it last?

The plastic case, strong silicone strap, and 5ATM water resistance means the Honor Band 6 isn’t going to break in a hurry, so even if it does get some rough treatment, it should prove durable. Provided the software is kept up to date, and the Huawei Health app is supported, the Honor Band 6 will last for years.

Should you buy it?

Yes. The Honor Band 6 is a well-priced, feature-packed fitness tracker that also manages to squeeze in some helpful smartwatch-like functionality. 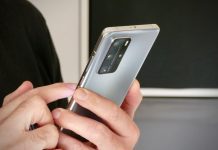 Good Phone Design Is a Requirement Not a Luxury 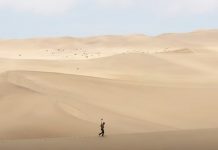 Zimbabwe Is On Google Maps Street View Thanks to One Man 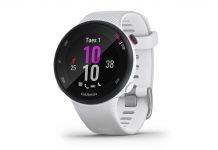 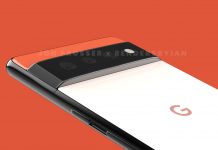 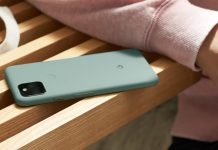 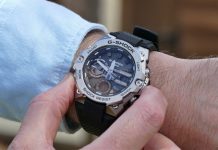 New G-Shock G Steel Watch Is the Slimmest Yet 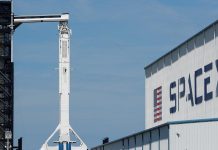 Google will bring Starlink satellite connectivity to enterprises in late 2021 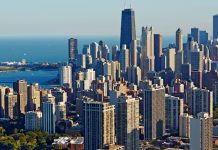 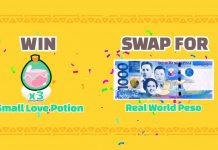 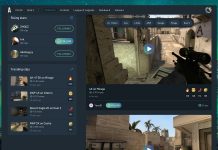 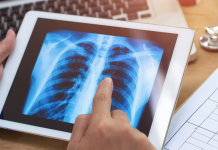