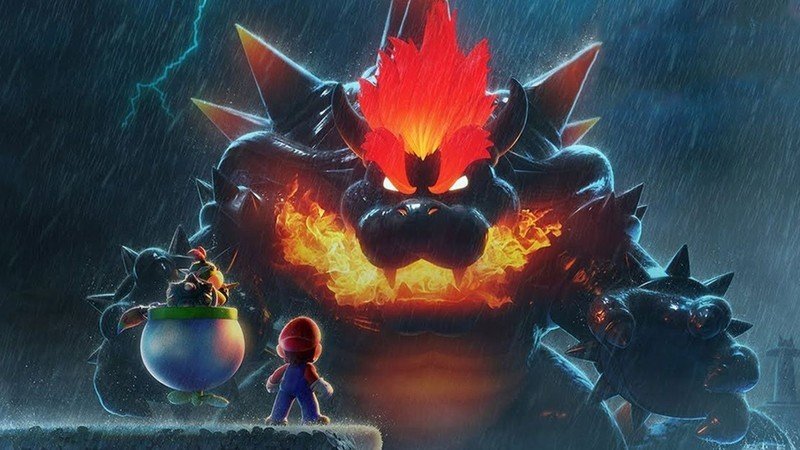 One of the last great Wii U titles to make the jump over to the Nintendo Switch is none other than the best Mario game for the ill-fated system (sorry, New Super Mario Bros. U Deluxe). Super Mario 3D World isn’t just a simple port of the fan-favorite Mario game though — It includes tons of quality of life changes, online multiplayer, and a brand new photo mode. It also comes with one major change, which is the inclusion of the new mode, Bowser’s Fury.

Bowser’s Fury is a brand new adventure mode, built from the ground up for the Nintendo Switch, and while it makes use of many of Super Mario 3D World’s assets, it is a distinctly different Mario game than the ones we’re used to. It might even have a lasting effect on the future of the Mario series.

Mainline Mario titles can normally be lumped into two groups. There are the 2D side-scrolling games that channel the spirit of the original games, focusing primarily on the extremely polished platforming the series is renowned for. And then there are the 3D games, which lays out challenges for Mario to complete in a non-linear fashion. This concept was first introduced in Super Mario 64 and really came to a crescendo in the excellent Super Mario Odyssey. But while Super Mario Odyssey teased an open-world Mario, it never really delivered on that promise.

Look at how Super Mario Odyssey is designed. The gameplay might allow the player to go about challenges as they please, but the worlds are still separated by a hub world, and levels have clear borders that tell the player “stop, you can’t go there.” Unlike The Legend of Zelda: Breath of the Wild, which threw off those constraintsin such a triumphant fashion, Super Mario Odyssey was still confined to a dozen mini-sandboxes.

Looking at Bowser’s Fury, we finally have a taste of what an open-world can look like in a Mario game. Bowser’s Fury takes place on Lake Lapcat and hosts many varied and surprisingly large islands. Each island feels like it could be its own level, but Nintendo takes the extra step in removing the hub world altogether. You no longer have to jump back through a painting, a portal, or anything like that. Simply jump on your personal water taxi, Plessie, and travel to another island. The transition is seamless and is something we’ve never seen before in a Mario game.

Bowser’s Fury does follow the familiar pattern established by previous 3D Mario games. Players are tasked with collecting Cat Shines, the game’s main collectible (and also a nice little call back to Super Mario Sunshine), but Bowser’s Fury employs a gimmick of its own. The looming threat of Fury Bowser, the kaiju-inspired version of the spiked turtle, hovers above the lake like the grinning moon from The Legend of Zelda: Majora’s Mask. It doesn’t take long before Fury Bowser strikes, and when he does, he brings fire and fury with him.

The sunny islands of Lake Lapcat become dangerous as storms ravage its islands. Flaming spikes fall from the sky, changing the layout of the maps and complicating challenges. It remains to be seen whether this gimmick will click with fans, but the dynamic levels and weather make me think of what is possible when used outside of this setting.

Having the player think on the fly as the levels change underneath their feet isn’t a new concept, but it builds upon the idea of relying on the level for movement and challenge, something that I think 3D Mario games do well. Mario’s platforming is almost always pitch-perfect, so I’m confident that changing the landscape mid-game wouldn’t hinder Mario’s progress, but instead give him more opportunity to explore.

Mario games have dabbled in multiplayer before. In fact, Super Mario 3D World probably has the best multiplayer a Mario game has seen, but the multiplayer in Mario games, in general, have a bit of an identity crisis. While they can be played cooperatively or competitively, they never really succeed at either, and most multiplayer games end up in chaos and trolling one another unti you eventually die or finish the level.

Bowser Jr. joins Mario on his adventure throughout Bowser’s Fury, and while he’s not too intrusive, he is more playable than Cappy was. We’ve known that true cooperative multiplayer was on Nintendo’s mind as early as Super Mario 64, and while we saw a glimpse of co-op in Super Mario Galaxy, it really took shape in Super Mario Odyssey. Players could control Cappy, Mario’s sentient hat, and help the player collect coins.

In my eyes, Bowser Jr. represents another half step towards true co-op. Sure, Bowser Jr. really exists to assist the player, but if a second controller is handed over to someone, they can take control of him entirely. The second player’s options are limited, but they’re more robust than circling Mario as a hat. We’ve never seen a true co-op game with Mario, but an open world can provide plenty of space for a second player to work in tandem with the player, rather than just assisting the first player.

Who knows what the future holds

Adventure — both new and old!