It all started when Kololo residents working out in the evening or early morning hours complained of a woman who was grabbing their phones. The suspect could sometimes disguise as a jogger when her actual mission is targeting unsuspecting joggers.

One of the victims, Rosette Atuhaire, filed a case on January 4, 2020 that her phone a Nokia Asha has been stolen by a female she met along Kololo Airstrip. Atuhairwe is a Marketing officer at Fresh Diary and a resident of Nyonyi Gardens.

“I was walking a few metres from my home and an anonymous woman snatched my phone. I think she had been trailing me without my knowledge,” Atuhaire reportedly said in her statement at Kololo Airstrip Police Station.

Kololo police started a search and upon checking records, it was noticed other people had fallen victim of anonymous female thief. Kololo police with the help of Closed Circuit Television – CCTV cameras erected at some residences in Kololo and started reviewing various footage.

Police identified the teenagers as Eric Sengoba, 16 and Andrew Sserwadda, 18. Upon interrogation, Sengoba and Sserwadda revealed that they had bought the phones from Arinaitwe and they knew her home.

Owoyesigyire said police with the help of the teenage suspects successfully reached Arinaitwe’s home and she was arrested. Police picked other stolen phones and several sim card exhibits suspected to have been in the numerous stolen phones.

‘’Of course after interrogation, the two suspects informed us where they got the phones from and they led us to the home of a one Arinaitwe Anisha,” Mr Oweyesigyire said.
“We were able to recover numerous sim cards, 50 phone covers, 12 lady bags, three national IDs, wallets, a passport, an ATM card, 8 phone chargers, among many others,” he said.

Another victim, Milly Nalubega, 25, upon learning that some phones had been recovered, she also lodged a complaint at Kololo police. Indeed, among the recovered phones, according to Owoyesigyire, belongs to Nalubega.

Kololo and Kampala Central Police Station – CPS records indicate Arinaitwe had previously been arrested, charged and bailed in court. She had been out of prison on court bail at the time of her arrest.

Arinaitwe has told police that she works with one Medi, a resident of Kisenyi who is still at large. 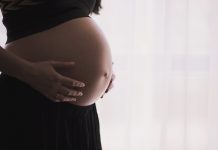 Racing games for smartphone that will keep you busy in quarantine