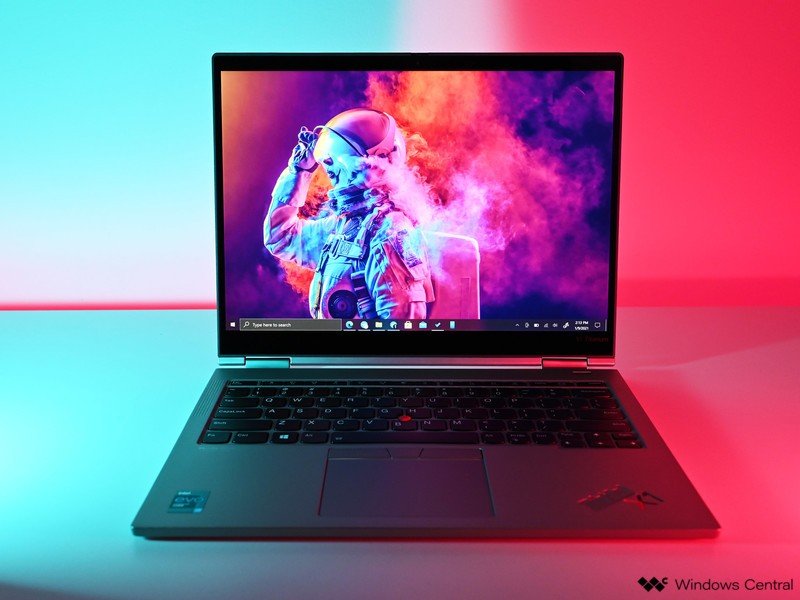 It is no secret that of all the laptops announced at CES 2021, the new ThinkPad X1 Titanium Yoga is among those I found the most interesting. It’s the kind of 2-in-1 laptop that you expect to be ARM-based instead of Intel x86-powered. With 5G, a titanium lid, packed with features like Thunderbolt 4, and one of the first haptic trackpads, the X1 Titanium is both familiar and unique. It is quite literally the thinnest ThinkPad ever made.

But I had many questions about how Lenovo made the Titanium Yoga, and just as importantly, why. After all, you can order the 6th Gen X1 Yoga, which is also a 2-in-1 business laptop with optional 5G. What makes this so special?

So, we sat down with Thomas Butler, Executive Director of Commercial Portfolio & Product Development, at Lenovo to find out just what went into the ThinkPad X1 Titanium and why it exists.

Benefits of a tablet, but more like a laptop

Lenovo has been doubling down on its ThinkPad line for years with revised generations of current home runs like the perennial X1 Carbon and X1 Yoga. That line has recently expanded with the X1 Extreme (15-inch workstation), X1 Nano (smaller X1 Carbon), X12 tablet (Surface Pro-like), and even the experimental X1 Fold (new form factor).

The strategy has paid off with a recent second consecutive record-breaking quarter with revenue up 22 percent year-on-year of $17.2 billion. Compare that to Microsoft’s admirable $2 billion on Surface, and you get the idea of why Lenovo is one of the biggest PC makers on the planet.

X1 Titanium is “optimized for a tablet without penalizing you for the weight of that keyboard.”

The X1 Titanium Yoga is another alternative for those focused on mobility and connectivity. It is not low-priced either, starting at $2,909 (Core i5, 8GB, and 256GB storage) and heading north of a sobering $3,800 for the Core i7 with 16GB and 1TB. That makes it not only of the thinnest ThinkPads ever but also one of the most expensive too.

Butler explained the reasoning behind the X1 Titanium, which aims to solve “the detachable problem,” as he calls it. While devices like Surface Pro and even Lenovo’s new ThinkPad X12 are tablets with floppy detachable keyboards, they are not great laptops for many people.

So, what about making an actual laptop feel like a tablet? How do you gain the portability and benefits of a tablet PC, but without compromising the design?

The X1 Titanium’s base is no thicker than an iPhone 12 or a pen.Source: Daniel Rubino / Windows Central

That’s where the X1 Titanium leaves its mark. Combine unique materials for the chassis, extreme thinness, a 3:2 display, and the X1 Titanium becomes a great tablet and a great laptop. As Butler puts it, X1 Titanium is “optimized for a tablet without penalizing you for the weight of that keyboard.” For comparison, Lenovo’s new ThinkPad X12 is nearly identical in weight to the X1 Titanium but comes with a smaller 12.3-inch display instead of a larger 13.5-inch one.

And like a Surface Pro device, Lenovo wanted something with a full-sized pen instead of a siloed one like with X1 Yoga (the Titanium is just too thin to house one anyway).

The X1 Titanium is undoubtedly small and light at just 2.54 pounds (1.15kg). With a 3:2 display, the Titanium is only slightly larger than an 8×10 sheet of paper. However, that screen is still a notable 2256 x 1504 resolution that supports Dolby Vision HDR with 100 percent sRGB color accuracy.

And this gets to the crux of why X1 Titanium exists. While the bigger X1 Yoga and other 2-in-1 laptops can turn into a tablet, they are only decent at it for short durations. Lenovo refers to this as “anecdotal tablet use” — laptops like the X1 Yoga or HP EliteBook x360 excel at it. But by being lighter, thinner, and more symmetrical in design, the X1 Titanium is suited for more than just occasional tablet indulgence. Flip its keyboard around, and the X1 Titanium truly feels more like an iPad Pro than a convertible laptop PC.

However, the only way Lenovo could pull off the Titanium’s design is with some recent technological innovations.

As the name implies, X1 Titanium relies on titanium as one of the core materials for its chassis. The pricey metal is used in the lid (along with carbon) due to its specific structural properties. Titanium is extremely lightweight but also incredibly strong. As Lenovo puts it, titanium lets them get “radically thin.”

This is not the first Lenovo laptop with titanium. Lenovo first experimented with the metal back in 2005, but it never really caught on for what they needed. Now, 16 years later, titanium has finally found its niche.

Besides protection, titanium does double duty as the laptop’s core when it is in tablet mode. When flipped around, it supports the display acting more like a tablet than a laptop. The titanium also has the pleasant side effects of being lustrous and shimmery, giving the X1 Titanium a distinct silver colorway that also resists fingerprints.

The bottom chassis of the Titanium is a different story. It utilizes Lenovo’s other favorite go-to materials: carbon and magnesium. Carbon is like titanium reversed: it is even lighter but not nearly as rigid. Magnesium is needed in the bottom half for “windowing,” a term used to expose the internal Wi-Fi and 4G/5G antennas since radio waves do not bode well traveling through metal.

But it is not all fancy metals and alloys that make the X1 Titanium unique. Intel and Sensel are also needed to get that chassis so thin.

The X1 Titanium is built for more than “anecdotal” tablet use, which is why it’s so thin.

Intel’s 11th Gen processors, Iris Xe graphics, and Evo platform let Lenovo cram a real quad-core 10nm Core i7 processor into the Titanium without using much space. Indeed, the entire motherboard is only a few inches long, thanks to Intel onboarding many advanced features like Thunderbolt 4 for the two Type-C ports and Wi-Fi 6.

I have already done a deep dive on Sensel – the US company behind the new haptics-based touchpad in the Titanium. Without moving parts and a few millimeters thin, Lenovo had more space to put in a decently sized battery.

Popping off the bottom lid of the Titanium, and you can see how packed it is inside. Lenovo crammed in two top-firing Dolby-tuned Atmos speakers, a 44.5WHr battery, a cooling fan with heat piping, SSD, two Type-C ports, and a 5G modem with antennas (5G requires more sophisticated antennas than just 4G). There’s almost no “stacking” either of the components, which is why the Titanium’s base is no thicker than an iPhone.

Even the keyboard, a hallmark of Lenovo laptops, is not compromised. While regular ThinkPads have an ample 1.5mm of key travel, Lenovo only drops to 1.35mm on the Titanium — what Butler considers the bottom threshold for ideal typing. That is still way more than Apple’s widely panned Butterfly switches (0.7mm) and even its more recent scissor-switch in MacBook Pro (1.0mm).

It is easy to read the headlines of the X1 Titanium and think Lenovo went thin for the sake of thin. It does make for good marketing. But that overlooks the benefits this design enables compared to existing 2-in-1 laptops and tablet-based PCs. Lenovo tells me it could have gone even thinner, but that wasn’t the point as it would have sacrificed fundamentals like battery size, audio quality, and its keyboard.

Lenovo didn’t make the X1 Titanium thin for headlines, but to solve “the detachable problem.”

In my conversation with Butler over the ideas that fed the X1 Titanium, it’s evident that Lenovo has a clear target for this premium laptop. Ultra-mobile, working professionals who prioritize connectivity (5G), conferencing, inking, and tablet mode over everything else.

The X1 Titanium, though, does have minor tradeoffs besides that high price. With only two Thunderbolt 4 ports, road warriors will miss having expandability. Lenovo makes up for that by including a full port replicator in the box, complete with two Type-A ports, standard and micro SD card readers, full HDMI, and Type-C. Need Ethernet? There is a separate Type-C to RJ-45 connector included too.

Sure, it is the dongle life, but at least it is part of the package. And if that bothers you, Lenovo gladly points you to its latest X1 Yoga as an alternative. Want the smallness of the X1 Titanium but don’t care about the tablet part? Check out the new X1 Nano.

But it’s the coming together of all the latest tech that makes the X1 Titanium worth discussing. Lenovo could not have made this laptop without all these key pieces coming together in 2021. An increasing number of workers only need a quality display, a full keyboard, connectivity, and the ability to act as a tablet. For those people, the minimalist ThinkPad X1 Titanium Yoga makes a ton of sense.

This convertible laptop has optional 5G support, a thin-and-light metal body, and runs on 11th Gen Intel Core processors. It also has a unique haptic trackpad. 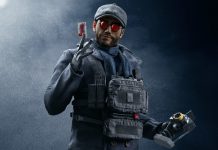 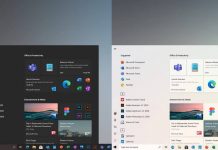 After Start Menu, Windows 10 is getting floating taskbar menu and more 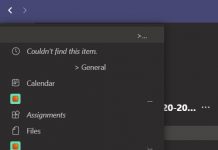 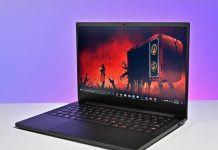 Get ready for some gaming with the powerful Razer Blade 15 laptop on sale for $1,100 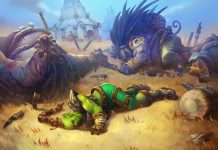 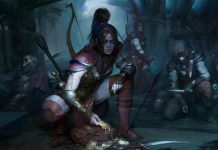 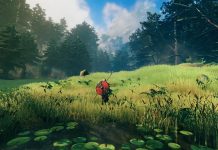 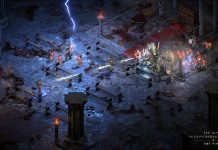 Diablo 2: Resurrected is a proper remaster with cross-progression and maybe skateboards 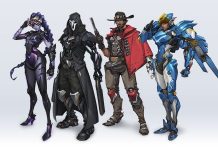 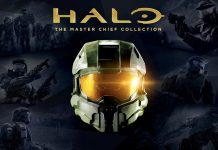