Responding to the global threat posed by climate change, many countries are now driving electric vehicle (EV) adoption. Altogether, the nations responsible for about 60% of the world’s greenhouse gas (GHG) emissions have signed on to the Paris Agreement’s science-based emissions reductions target. EV adoption is a surefire way to eliminate about 12% of world GHGs, caused mainly by tailpipe emissions.

To get a sense of the magnitude and speed of this change, consider China. In October of last year, China, which already accounts for about one-third of all vehicles sold per year and 40% of the sales of EV cars, said it would phase out sales of new internal combustion engine (ICE) cars by 2035. In its policy roadmap, the Chinese government has mandated the adoption of “new energy vehicles (NEV),” which it defines as battery electric and plug-in hybrids and hydrogen fuel cell cars. The roadmap calls for swift advancement in intelligent connected vehicle technologies; continued advances in battery technology; and the buildout of extensive charging networks.

NEV sales in China were 1.3 million units in 2020, and Goldman Sachs analyst Fei Fang expects to see this rise to 4.4 million units in 2025 and 8.5 million units in 2030. The promise of fast growth in electric vehicles and batteries has captured the attention of investors who have sent the stocks from those sectors soaring and rewarded some of the founders behind those companies with immense wealth.

Tesla (NASDAQ: TSLA) shares soared by nearly 743% in 2020, which turned Elon Musk into the wealthiest person on the planet for a brief spell in early January. His fortune currently sits at $182.2 billion. Tesla delivered just over 500,000 vehicles last year, turning profitable for the first year ever and China continues to be an important market for the car maker.

The first foreign car company to operate in China without a JV partner, Tesla manufactured the Tesla Model 3 sedan and has begun to make the Model Y compact SUV at its Gigafactory Shanghai, which has a production goal of 550,000 vehicles for 2021. Tesla has been able to fund its expansion in China and elsewhere by capitalizing on the high price of its stock. The company raised $5 billion in capital through a share sale on December 9, after raising the same amount in September.

BYD’s (SHE:002594) founder Wang Chuanfu has a net worth of $20.2 billion. The Shenzhen based car and battery maker, in which Warren Buffett owns an 8.25% stake released its Han luxury electric sedan in 2020, which quickly became the eighth most popular in China. BYD took advantage of a share price increase of over 392% in the prior year, selling $3.9 billion worth of stock in a secondary offering in January of 2021.

While Tesla and BYD are in a sense, household names, three relatives newcomers, the founders of a troika of U.S.-listed Chinese EV car makers: Xpeng Motors, Nio, and Li Auto are also riding high. All three are fast followers of Tesla, whose Model 3 sedan is the market leader in China’s premium NEV segment. The Chinese troika are all either beneficiaries of strong government support or backed by big e-commerce players.

He Xiaopeng has seen his net worth rise to $8 billion following the initial public offering his Xpeng Motors (NYSE:XPEV) on the New York Stock Exchange in August 2020. Alibaba-backed Xpeng shot up 41% on its first day of trading in a massively upsized listing. The car maker was cofounded by He in partnership with Xia Heng and He Tao.

Prior to Xipeng, He founded UCWeb, a Chinese mobile internet software and services provider, which he sold to Alibaba in 2014 in a deal that was one of the largest on record at the time. Early this year, Xpeng said that its flagship P7 sedan would feature an autonomous driving system to rival Tesla’s.

Li Bin, the founder of Tencent-backed Nio (NYSE:NIO) has a net worth of $10.4 billion. Nio, whose Chinese name, Weilai, means “blue sky coming,” listed it shares in 2018, but rapidly burned through its cash and was on the verge of bankruptcy until April last year, when the government of Hefei in Anhui province invested 7 billion yuan ($1 billion) for a 24.1% stake.

Nio’s ES8 was the best-seller in the premium SUV segment in the third quarter. Its battery-as-a-service (BaaS) model allows users to buy a car without a battery, which makes it more price competitive. Instead, drivers buy a battery subscription that allows users to swap out used for charged batteries at a battery swap station (the exercise takes about five minutes) or have a charging truck come to their home in addition to the option of driving to a charging station or plugging in at home. BaaS offers a solution to battery degradation, allowing users to access the most updated battery technology on demand.

Li Auto (Nasdaq:LI) went public on the Nasdaq in July of 2020, raising $1.1 billion. Its founder, Li Xiang, known as William, has a net worth of $5.3 billion. Li owns all the company’s B shares in this dual-class listing, giving him voting control of the company. A trust controlled by Wang Xing, CEO of food delivery giant Meituan, is the second-largest shareholder, and ByteDance is an investor as well.

Li Auto’s Li ONE, a six-seat large premium e-sports utility vehicle, is a hybrid vehicle range-extended system (EREV), meaning it’s an EV with a small auxiliary power unit that is used solely to charge the battery pack. This helps eliminate range anxiety in China, where charging infrastructure is still quite limited. Li Auto plans to use the Li ONE, which sells for about $46,800 after subsidies, as a platform for launching autonomous driving, and hired Kai Wang its Chief Technology Officer in September of 2020 from Visteon, where he was in charge of advanced driver assistance systems.

A note of caution: The traditional auto industry has been a low return business in recent years. The jury is still out as to whether this will change, but these stocks are discounting a lot of good news. Rather than buying single names to get Asian exposure, investors may prefer to buy ETFs like KGRN, or SMOG which give diversified exposure to a range of Asian and EV and battery makers. 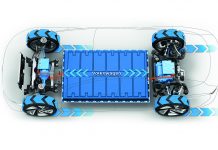 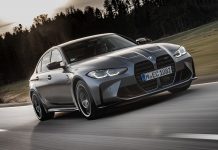 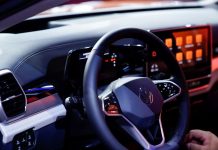 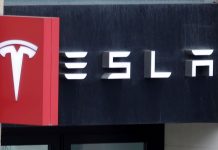 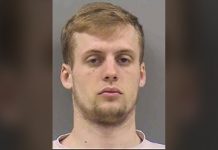 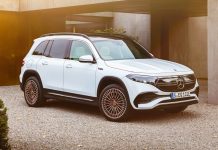 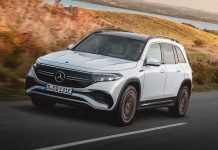