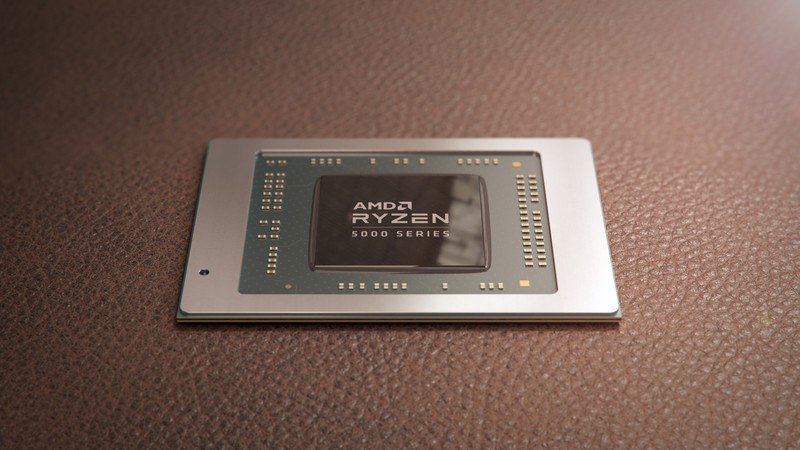 There are quite a few different CPUs in each series, and we’re expecting them to show up in the best Windows laptop options out there. Buying the right one for your needs can be difficult. We break things down here to ensure you’re getting the right hardware for the task at hand.

Since some laptops with AMD Ryzen 5000 H-series CPUs have launched, we’ll focus on the more powerful hardware first.

AMD splits its H-series Ryzen Mobile processors into three categories, much like Intel does with its Core line. Whereas there are Ryzen 3 chips in the lower-powered U-series line, H-series is meant for gaming and creating, so AMD starts with a Ryzen 5 and goes up to a Ryzen 9.

Bottom line: Ryzen 5 H-series CPUs are an excellent jumping-off point for gamers and creators who aren’t looking to push their systems to the absolute maximum. They cost less, and they should be a great choice for the average gamer or creator.

These CPUs will handle just about any modern game, and they’ll put up a strong fight against intensive design and development software. The extra cores over the Ryzen 5 chips make them better for multitasking, and they likewise have a higher boost clock speed.

Bottom line: Ryzen 7 H-series CPUs should be the right choice for most people with a little bit more money to spend. They’re going to deliver high-end gaming and creating performance, and they cost less than Ryzen 9.

The Ryzen 9 5000 H-series lineup has the most entries at four total. The Ryzen 9 5900HS and the Ryzen 9 5900HX are the more standard CPUs, with 35W and 45W+ respectively. Yes, the “HX” version can draw more power as needed for better performance, and it should be reserved for larger laptops. The “HS” version is again reserved for thin and light notebooks.

There are also Ryzen 9 5980HS and Ryzen 9 5980HX CPUs, each with eight cores and 16 threads. These deliver a higher boost clock for improved performance, and they’re also pegged at the same 35W and 45W+ TDP.

Bottom line: Ryzen 9 CPUs are reserved for the most powerful laptops out there. The 5900HS and 5900HX should cost less than the 5980 counterparts, but all will deliver top-end performance for gamers and creators who want to push their system to the next level.

AMD splits its U-series Ryzen CPUs into three different categories, starting with the Ryzen 3 and moving up to the Ryzen 7. These entries mirror Intel’s Core series, and you can expect them to compare in terms of appropriate workload and performance.

Whereas the Ryzen 5000 H-series CPUs are all based on the new Zen 3 architecture, not all Ryzen 5000 U-series CPUs are the same. The lone Ryzen 3 and one each of the new Ryzen 5 and Ryzen 7 CPUs are still using the Zen 2 architecture, as we’ll see below. These will still perform well, but they do have a smaller cache and overall less performance than their Zen 3 siblings.

The Ryzen 3 5300U, based on the Zen 2 architecture, sits alone and should be reserved for low-impact work only. You should find it in budget laptops looking to keep cost down and performance modest.

Bottom line: The Ryzen 3 5300U is good for productivity work, like word processing, web browsing, and streaming. Heavy multitasking will cause problems.

Both Ryzen 5 chips have a 15W TDP with six cores and 12 threads, but only the 5600U uses the new Zen 3 architecture with a larger cache and better overall performance. Stick with the 5600U for the better buy in this regard.

Bottom line: The Ryzen 5 5000 U-series CPUs should be reserved for heavier work and even some light gaming. The six cores provide lots of power, yet they don’t cost as much as the Ryzen 7.

Bottom line: Those who are looking for a thin and light notebook with excellent performance should opt for the Ryzen 7. Extra cores and a higher boost clock mean more power compared to Ryzen 5 and Ryzen 3, and they’re still set at a 15W TDP.