With the release of Apple’s M1 Macs, the world of computing seems to be staring straight at a revolution of sorts. These new machines would be able to run mobile applications without a hitch, offering users the convenience of seeing their favorite apps on a much bigger screen. Mac’s biggest rivals, Windows, aren’t quite there yet with its plans, but it certainly isn’t resting on its laurels.

Thanks to the Link to Windows and Your Phone applications, Microsoft’s Windows has created a strong bond with the leading smartphone manufacturer in the world, Samsung. The two apps have supported app mirroring for a while now, of course, and, now, they’re getting the option to run multiple apps simultaneously. So, today, we’ll take an in-depth look at the feature and tell you how you could run multiple apps from your Samsung app library, on your Windows PC.

Related: How To Remove Themes From a Samsung Phone

Right off the bat, we’d like to clarify that this feature is for the latest Samsung smartphone owners only. If you don’t have one of the latest Samsung smartphones running Android 11-based One UI 3, this feature isn’t for you. You’ll also need to have version 1.20102.132 of the Your Phone app and version 2.1.05.2 of the Link to Windows service app. The newer the build the better.

Related: How to Get Discovery Plus on Samsung TV

If your PC and Galaxy smartphone pass the acid test of system requirements, you’ll be able to run the multiple apps, simultaneously, quite easily.

As discussed in the previous section, you’ll need the Your Phone app on your Windows 10 PC and the Link to Windows app on your Samsung Galaxy phone up and running.

First, launch the Your Phone app on Windows and wait for it to load.

Now, pull down the Quick Settings shade on your One UI 3 smartphone and tap on ‘Link to Windows.’ 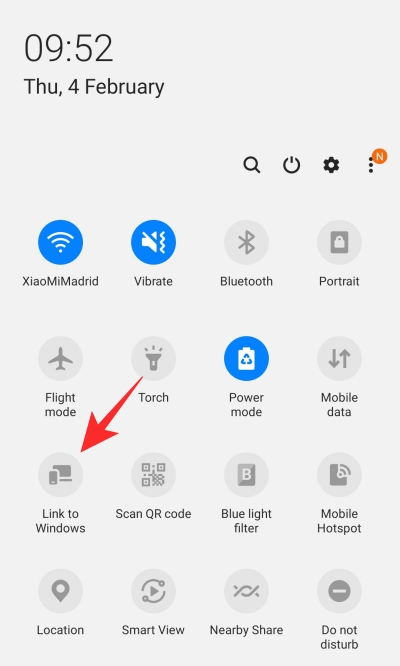 Once the two devices are connected, you’d be able to see your smartphone’s screen on your PC.

To access the apps you have installed on your smartphone, you’ll need to go to the ‘Apps’ tab on the left-hand edge of the Your Phone application window. Doing so will open up the entire app library, allowing you to launch any of your Android apps on your PC. 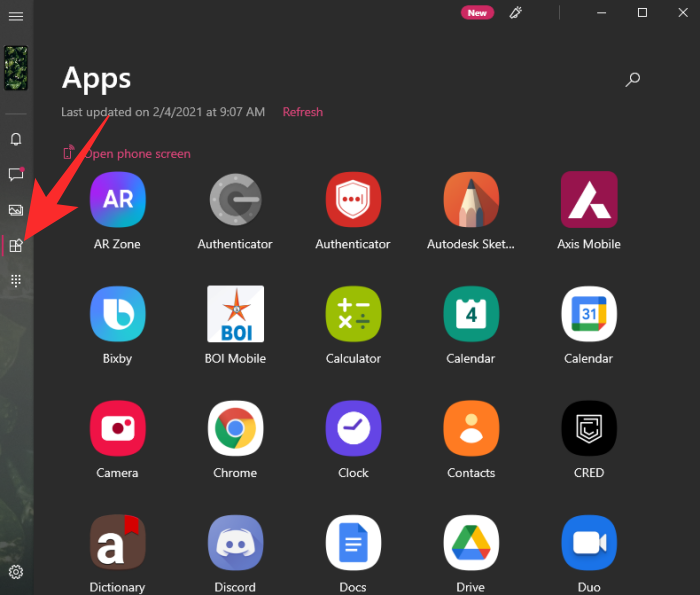 Finally, click on the apps you want to open and they will show up in separate windows. Before the new update, the Your Phone app only allowed users to run a single application at a time.