It’s no secret that Apple and Spotify haven’t exactly gotten along in the past. For years, Spotify’s platform felt very disconnected from the iPhone, mostly because of Siri incompatibility. Spotify even favored its own Voice assistant until iOS 13 when Siri could finally play Spotify music for Spotify users. Now, in iOS 14.5, Spotify’s integration with Siri has reached a new height: Siri’s default music player.

While you could say things like “Play my liked songs on Spotify” and “Play [artist] on Spotify” on iOS 13 and later, iOS 14.5 lets you drop the “on Spotify” part since you can make Spotify the default music player with Siri. You could also change Siri’s default music player from Apple Music to other music apps, such as Deezer, Pandora, and YouTube Music, so it’s not a Spotify-only feature.

Apple actually includes a couple of ways to switch Siri’s default music player, but know that it hasn’t worked all the kinks out of it yet. It’s a new feature, and iOS 14.5 is still in beta testing, so things can be a little wonky. We could only get it working on the public beta and not the developer beta, which is quite odd.

The first way is to simply ask Siri to play a song, artist, or album without specifying the music app. Siri will then list all available audio apps on your iPhone. Choose the one you want to use, and iOS will set it as the default. In this case, that’s Spotify.

If you’ve never enabled the “Use with Ask Siri” switch in Spotify’s “Siri & Search” settings, you’ll see a prompt that says, “I’ll need to access your Spotify data to do this. Is that OK?” Hit “Yes” to continue.

Note that this list appears when telling Siri to play something for the first time after updating to iOS 14.5, but you may see it occasionally appear otherwise.

The second way is to ask Siri to play the song, artist, or album from the desired music app. If this is your first time asking for this specific music app — in our case, Spotify — iOS will set it as the default without letting you know.

And just like in Option 1, if you’ve never enabled the “Use with Ask Siri” switch in Spotify’s “Siri & Search” settings, you’ll see a prompt that says, “I’ll need to access your Spotify data to do this. Is that OK?” Hit “Yes” to continue.

This Feature Is a Work in Progress

Again, this feature is exceptionally buggy at this time. Often, iOS will bring up the full list of music apps for you to choose from even after you’ve set your default. Sometimes, iOS diverts back to Apple Music, even after using one of the two methods listed here. And in our experience, it only worked in the public beta, not the developer beta. There’s also no preference in the Settings app under Music, Siri & Search, or Spotify like there would be when changing your default email client or web browser.

Hopefully, all of these issues get worked out in future updates before hitting the masses in the iOS 14.5 stable update coming this spring. 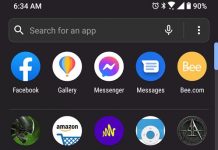 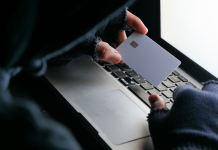