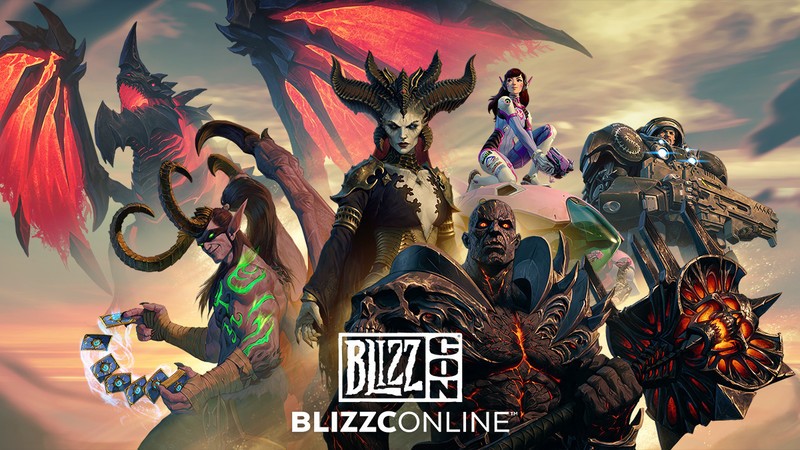 Every year, Blizzard Entertainment holds BlizzCon, a special event where fans of Blizzard games can gather for news, reveals, events, and more, all focused on Blizzard. However, with the ongoing pandemic preventing packed in-person events, Blizzard was not able to hold BlizzCon in 2020 and instead opted for an all-digital showcase early in the year for 2021.

Deemed BlizzConline, this event will feature updates on all sorts of Blizzard games, with content specifically tailored depending on the titles fans are interested in. Blizzard is also celebrating its 30th anniversary as a company. Blizzard has been known to make some of the best PC games available, so this is a showcase worth checking out on Feb. 19-20.

BlizzConline kicks off at 2:00 p.m. PT / 5:00 p.m. ET on Feb. 19, 2021. There will be an opening showcase with updates on games being worked on by Blizzard. After that, BlizzConline will split off into six different channels, each focused on a particular game or topic.

Day two begins at 12:00 p.m. PT / 3:00 p.m. ET on Feb. 20. There will again be multiple channels, though the second day is going to be more focused on the Blizzard fan community. On both days, there’s an easy way to tune in for free:

As for what exactly we’ll see, we can make some educated guesses. When Activision Blizzard shared its Q4 2020 financial results, the company confirmed that Diablo 4 and Overwatch 2 won’t be released in 2021. Both of these games were first revealed back at BlizzCon 2019.

With that said, we can safely expect updates on both of these games. Of the two, Overwatch 2 is likely closer, so it’s possible we could get a release date for the game, or even a release window for some point in 2022. For other titles, we’ll likely see some updates on what is being tweaked and changed for the ongoing MMORPG juggernaut World of Warcraft.

Overwatch 2 and Diablo 4 are both slated to release on Xbox One, PC, and PS4. While current-generation enhancements for Xbox Series X, Xbox Series S, and PS5 have not been officially announced, it’s pretty safe to expect they will be present in some fashion given the scale of these games and the size of the developer.