HP EliteBook 840 G6 is part of the latest generation of EliteBook 800 laptops. Traditionally, the EliteBook brand has been known for its extreme reliability and longevity in terms of degradation and moral aging.

Interestingly, this laptop doesn’t differ a lot from its predecessor from the fifth generation 800 devices. While it retains the aluminum chassis, it now embodies the Whiskey Lake processors from Intel. Security-wise there are the HP Secure Start and Secure Click (not very creative from HP, we know), and furthermore, you can pick from several vPro-labeled CPUs.

Display-wise there is a 4K IPS option, which is probably not going to be the most popular one, as it will significantly increase the cost of the EliteBook 840 G6. Nevertheless, we did manage to get our hands on a 1080p IPS version, which has better support through apps’ UI.

You can check the prices and configurations in our Specs System: https://laptopmedia.com/series/hp-elitebook-840-g6/

Inside of the package, we unsurprisingly found an HP EliteBook 840 G6. Paying company to the laptop, there are several manuals and guides, as well as a 45W charging brick (the Radeon 550X version should come with a 65W one).

This device’s design has taken inspiration from both the ultrabook and the industrial family of laptops. its body is built entirely out of aluminum, which gives it the premium cold touch when you first make contact with the surface. As you can see from the images, the lid has lost the plastic stripe, meant for the LTE antenna.

Honestly, with the latest update of the ProBook series, the visual differences between the two have decreased greatly. In addition to looking stunning, the EliteBook has a profile of only 17.9mm and weighs 1.48 kg. So yes, it is very easy to handle around, without any strains in your arms.

Opening its lid with a single hand is possible and in terms of resistance to flex, this one is a champ. Well, certainly, there is some flex when you bend it, but it is ever so subtle, and you end up moving the entire device, rather than flexing the lid itself.

Right above the display, you are going to see two circular cut-outs that are hiding the IR sensors for face recognition. However, this is not the only biometric sensor on this laptop.

The other one is located on the bottom right corner of the base and it is the fingerprint reader. Above it, you can see a spill-resistant keyboard that has a nice key travel and decent tactile feedback. Moreover, it is backlit and features a nipple – just above the “B” key. Its buttons are placed above the glass-fitted touchpad, which itself feels fast and accurate.

Then, at the bottom plate, there is only one, though a rather big grill, which is clearly meant for ventilation. While the hot air escapes from the left side to the annoyance of left-handed people, the speakers are nowhere to be found on the bottom. This is because, they have their place at the base – just above the keyboard. Plus, they have Bang & Olufsen branding, which means they are tuned from the Audio company.

Since it is a typical business machine, the EliteBook 840 G6 is loaded with I/O. On the left, you will find a USB Type-A 3.1 (Gen. 1) port with a charging function, as well as the optional Smart Card reader. Looking on the right, there is a charging plug and a Thunderbolt port, either of which can be used for charging (depending on the charger, of course). Then, there is a docking connector, as well as an RJ-45 and HDMI connectors, followed by another USB Type-A 3.1 (Gen. 1) port, an audio jack, and an optional SIM card tray.

This device has only 8 Phillips-head screws that hold its bottom panel in place. Moreover, these 8 screws don’t detach from it, when you unscrew them, meaning you will have a hard time losing them.

In terms of cooling, the laptop features a single heat pipe design, which is very common in this type of laptops.

Thankfully, the notebook features two RAM DIMMs that support up to 32GB of DDR4 memory. Additionally, there is an M.2 PCIe x4 slot on their left.

Finally, on the bottom-most portion of the insides, you can see the 50Wh battery pack, used in this device.

Our lab is pushing strongly to deliver the display tests as soon as possible. Stay tuned.

Now, we conduct the battery tests with Windows Better performance setting turned on, screen brightness adjusted to 120 nits and all other programs turned off except for the one we are testing the notebook with. HP has equipped the EliteBook 840 G6 with a 50Wh battery pack.

It is able to output around 16 hours of Web browsing and 12 hours and a half of video playback.

Note: The chart shows the cheapest different CPU configurations so you should check what the other specifications of these laptops are by clicking on the laptop’s name / CPU.

Apart from the Intel UHD Graphics 620, you can get the laptop with an AMD Radeon 550X dedicated GPU with 2GB of GDDR5 memory.

It is obvious from the chart above that the EliteBook 840 G6 aims at the comfort and business usability when it comes to its thermal configuration. It starts the stress test comfortably at 3.11 GHz but then quickly goes down to the 2.20 GHz region for the remainder of the torture. However, the temperatures at the end are 67C, while the fan itself is barely audible.

With the fan spinning with low RPM and the base of the device never exceeding 36C, the experience is not ruined even in extreme working conditions

Here we are at the end of this review. The HP EliteBook 840 G6 is one of the stable machines on the business market today. We didn’t really encounter any problems throughout our review and this is one of the main reasons we liked the machine. It has a great design, comfortable keyboard, and touchpad, as well as pretty extended I/O with Thunderbolt support and docking capabilities via a dedicated port.

Moreover, apart from the high price tag, we can’t really think of something wrong about the EliteBook 840 G6. Although, we are yet to evaluate its display, so make sure you stay tuned, as we will try to update the article as soon as possible.

Next – battery life. One word – exceptional. We got around 16 hours of Web browsing and 12 hours and a half of video playback from the 50Wh battery pack. Truly that’s a sign of a good optimization and the overall effectiveness of the Whiskey Lake processors. By the way, the laptop also performs really well, especially in a day-to-day workload. At the same time, it is clear that this won’t be exactly a video editing machine, as the frequency is not that high during long extreme workloads. On the bright side, the temperatures are really low – both the CPU one and the outer shell one.

If we compare this laptop side by side with the Dell Latitude 5400, there are some huge differences – mostly on the outside. Basically, both of them would do the job, but the EliteBook 840 G6’s design gives it the upper hand. At least in terms of SWAG.

You can check the prices and configurations in our Specs System: https://laptopmedia.com/series/hp-elitebook-840-g6/ 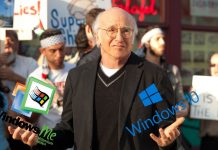 Must-have Windows Apps and Utilities for 2021 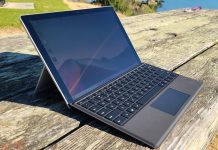 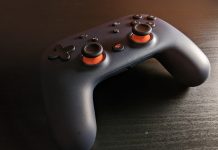 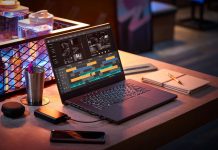 Should you buy a gaming laptop or a gaming desktop? 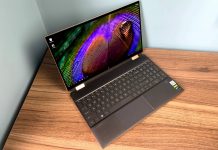 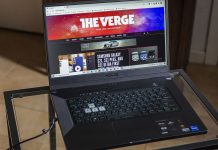 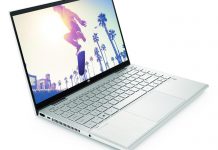