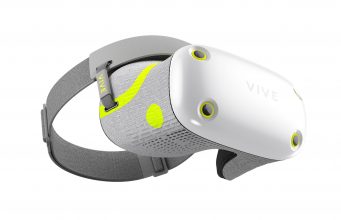 HTC may not have intended to unveil a new VR headset today, however the IF Design Awards just published an award entry page showing multiple photos of the never-before-seen HTC standalone headset, which is ostensibly focused at fitness-conscious users.

According to the page, the headset is called ‘Vive Air’ and is set to launch to consumers in Asia, Europe, and North America sometime this year. The news was first reported by Chinese-language publication Nweon.

HTC is set to unveil a standalone VR headset, as it confirmed earlier this month in a set of Tweets and a blogpost. We don’t have confirmation yet whether this is it, or a variant thereof. We’ll update this piece as soon as we know.

Here’s all of the photos available of the headset.

And here’s what HTC allegedly says about it on the IF Design site:

VIVE Air VR headset is specially designed for virtual fitness, optimized for high intensity with long use. Inspired by sports shoes, the new headset introduces knitted materials to VR to provide unprecedented comfort and fit. The breathable and quick-drying fabrics improve ventilation in the heated exercise. The innovative lightweight structure allows users to forget the presence of the head-mounted display to focus on virtual content. The quick-release design allows the removal of ergonomic soft components for washing.

The headset is undoubtedly very Quest-like in overall appearance, offering up four camera sensors for room-scale tracking and possibly also hand tracking. Keep in mind that many standalone headsets have adopted this style of four-sensor layout.

There’s little else to go on for now. The person using the headset seems to be using an armband and handgrip of some sort, however this may simply be regular workout gear and not some new fitness motion controller system.

What is clear however is HTC may be looking to tap into the growing at-home VR workout niche to set itself apart from the reigning champion, Oculus Quest 2. To compete with consumers located outside of the Facebook-less vacuum of China, and it may try to do that with a sportier piece of kit.

Is this the headset HTC is set to show off? Is it a variant? Let us know what you think in the comments below! 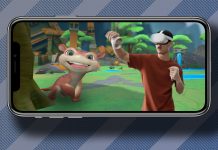 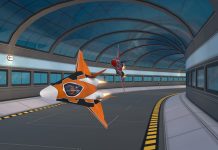 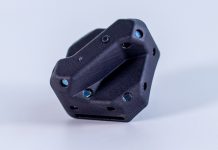 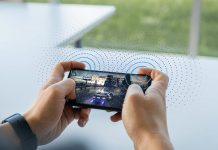 For gaming conferences, the future is hybrid

Rise to Glory’ Gets New Endurance Mode on Oculus Quest