, and is called FreeBuds 3i. These are different than Honor’s

that we also have here for comparison with the same raw specs but different design with flashier colors, and are sold in separate markets yet the takeaways are very similar.

We still found the ANC performance to be a bit gimmicky in noisy environments and passable in other scenarios, while the abysmal 3.5 hours of battery life on a charge gives way to most every other direct competitor, even the ones with the ANC option. The good call and audio quality, ergonomic fit, very simple navigation, and the sub-$100 price come to save the day for the FreeBuds 3i but if you are looking to survive more than 3 hours or so on a charge, you’d have to lug the huge case with you at all times.

Looking less AirPod-esque than the FreeBuds 3, even in white, thanks to the nozzle design with silicon tips, the 3i model could nevertheless be mistaken for Apple’s trendy wearable from afar when in your ear, stems and all, and that seems to be the point of a whole coterie of TWS buds that have proliferated lately.

The new cone-shaped body and the tips are ergonomic and fit very well in the canal, so we rarely found ourselves pushing the 3i buds in, or trying to adjust them once set. Even moderately paced running doesn’t loosen the tip grip in your ear, so they are suitable for light exercise but, of course, since they aren’t waterproof, don’t sweat too much over them during your next crossfit sesh. 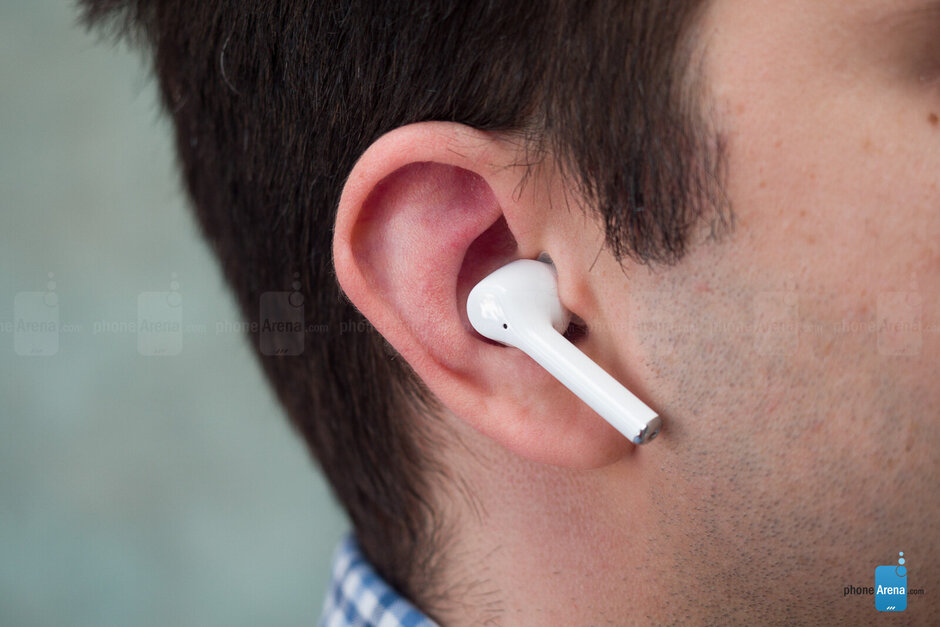 Pairing is simplified compared to their predecessors, too. There is still a button on the (admittedly large and bulky) case but you only need to open the case with the buds in now, and they will be immediately recognized and added by the Bluetooth module on your device even it it’s not a Huawei one. Now, Huawei advises to press and hold the function button on the case for two seconds for problems with pairing or ten seconds to restore the factory defaults, but that’s about it.

If you have a newish Huawei device, you can even pop up the case and pair, similar to Apple’s AirPods which is a pretty neat feature. The Bluetooth 5.0 version here, however, is older than the 5.1 standard that the FreeBuds 3i predecessor supported. We sometimes experienced unexplained drops in connectivity to our laptop’s Bluetooth module, too, even though the buds were charged and appeared paired and connected which didn’t happen with other models we tried afterwards.

Thankfully, navigation is simplified to the maximum on the FreeBuds 3i. Tap twice on either bud to take a call, tap back to end it. Tap twice to pause music, tap twice to restore the sound, easy as pie. The ANC function is turned on by simply tapping and holding on a bud for a short while, a far cry from, say, the Galaxy Buds’ numerous tapping combos and inadvertent start and stop of playback.

Huawei included three mics for talking and noise-cancellation, so call quality with the FreeBuds 3i is very good. Our voice was relayed loud and clear to the receiving end, while the mics were able to weed out the ambient noise for them. Likewise, we could hear them very well, with the nozzles helping isolation from the surrounding hustle.

Said active noise-cancelling function is activated or switched off by a tap and hold on either bud, and you get an audible confirmation what just happened. Needless to say, since these are not over-the-ear headphones with big foam cups for your ears, the active noise cancellation is passable but not something you can rely on to drone out all excessive noises outside.

It does fair a bit better than on the FreeBuds 3, especially for the higher frequencies, but that’s mainly thanks to the nozzle design and the tips. In short, if it’s very noisy around you, you might as well not bother turning on the ANC function, as a lot of that noise will come through. In moderate settings, when you want to listen to your own tune not the car radio, for instance, you’d be able to, but at higher volumes which may not be that great for your ears in the longer run. The Jabra Elite 75t make a much better crack at earbuds ANC but they are also more expensive, too.

When it comes to audio quality, the FreeBuds 3i keep in line with the trend, meaning that “it’s all about the bass” which gets they overemphasized for the sake of the mids and treble but nothing out of whack like on some Sony buds. Furthermore, the higher frequencies don’t sound harsh like on a lot of buds in this sub-$100 price range, so we can’t complain about the sound curve set out of the factory. You can scan the QR code in the info leaflet and get Huawei’s app that will allow you to tinker with the equalizer presets to your heart’s desire, too.

If we have to choose among some obvious FreeBuds 3i disadvantages like the bulky case with no wireless charging, the smaller drivers and older Bluetooth version compared to their predecessor, or the cited battery life, we’ll go with the latter as the biggest drawback.

With just 3.5 hours of audio playback (and they do get about this much indeed), the FreeBuds 3i have one of the shortest lifespan among true wireless peers, and that may be a dealbreaker for many. Despite the smaller – 10nm vs 14nm – drivers, and the omission of the dedicated bass component of its predecessor set inside, Huawei managed to stuff only slightly larger packs in each bud – 37mAh vs 30mAh in the FreeBuds 3 – so the 3i model has a rather abysmal endurance even if you don’ use the ANC mode.

On top of that, the rather bulky and cumbersome to carry case has the same 410 mAh battery inside as the round and elegant one of the FreeBuds 3, so instead of the 20 extra listening hours from one case charge you get extra 14.5 hours now . There is no wireless charging option for the case, but the wired one does charge it faster than before, for about an hour. All in all, it’s good that those Transatlantic flights are mostly grounded now, as the FreeBuds 3i would have to be topped off too frequently for our tastes to pass the time comfortably.

The main competitors of the FreeBuds 3i, like Apple’s, Samsung, Jabra or Sony products, all have superior battery life, even those with ANC function, so we hope that Huawei has planned on larger battery packs for the future editions of its FreeBuds series.

Apples versus pears: small business in trouble with Apple

What is NFC and what should you be using it for?