Eugene Williams of Daytona Beach, Florida, lost his job with a restaurant food distributor when the pandemic hit in March 2020, and had been receiving unemployment benefits without issue until June, when he accidentally entered “return to work” in verifying his weekly benefits claim.

In doing so, Williams has been unable to restart his unemployment benefits for over 30 weeks, and repeated inquiries to the Florida department of employment opportunity have yet to resolve the issue.

Like millions of Americans Williams’ life has been upended by an unemployment system unable to cope with the horrifying volume of claims it has received since the start of the pandemic. On Thursday another 787,000 claims for unemployment were filed in the US, more than the population of city of Seattle. The four-week average of claims is now 818,750, about four times more than the pre-pandemic average.

“I’m sleeping in my car and in the next few weeks I’ll be without a phone,” said Williams. He’s been unable to find new work and has relied on charitable organizations for food. “It is impossible to get a hold of the unemployment department. The call center whom they say that they are working for the DEO but cannot contact them nor do they have an extension or direct line, all I’m hearing is ‘be patient.’ Isn’t 31 weeks patient enough?”

Since the coronavirus pandemic hit the US, millions of Americans who have filed for unemployment benefits have faced long backlogs and errors that have delayed or suddenly halted their benefits. Nearly every state in the US has failed to meet federal standards in getting unemployment benefits to 87% of recipients within three weeks.

About 14 million Americans experienced their unemployment benefits expiring on or before 26 December, as Trump delayed signing a coronavirus relief bill into law until 27 December. With benefits having expired for millions, some state unemployment agencies are likely to lag at least a week to restart benefits for those whose benefits had already expired.

According to the Economic Policy Institute, 25.7 million workers in the US remain officially unemployed, otherwise out of work due to the pandemic, or have experienced a reduction in work hours or pay.

Fifi Mata of Phoenix, Arizona worked as a donor care and data management assistant for a non-profit before she was furloughed in May 2020 after their health issues began to worsen.

Mata, who suffers from liver disease and chronic bronchitis, already experienced a lapse in receiving unemployment benefits from their last day of work on 29 May to mid-August before a clerical error was fixed.

“I went through my savings, and had to get financial assistance from the Salvation Army, and family members to pay my bills,” Mata said. The backpay they received went toward paying family members back, credit card debt, and catching back up on bills. “The additional $600 ended soon after I began receiving my weekly benefit, and I went back to barely making ends meet.”

Joe Biden has pledged to act and now that Democrats have taken control of the Senate he will have more power to make changes. But for many the changing political landscape may come too late.

In Wenatchee, Washington, Kimberly Glenn was working at a local hospital as a junior dietitian through the pandemic, though her hours were reduced and she was obtaining partial unemployment benefits through a work-share program to avoid furloughs and layoffs. In September 2020, she was laid off and has struggled to obtain full unemployment benefits, with her claim still in adjudication and call representatives unable to provide any solutions when she can get through to the call hotline.

“I’m in limbo. I’m uncertain of the status of my initial claim,” Glenn said.

She currently has $0.60 in her bank account and no income. What savings she had was wiped out shortly after losing her job. She took out a loan from a family member to pay her rent last month, and is trying to find some assistance to pay this month’s rent as her landlord has informed her of plans to file for eviction as soon as the law permits.

The current federal eviction moratorium was extended until 31 January, though many evictions have been carried out around the US regardless.

Facing homelessness, Glenn described the experience of previously recovering from being homeless and how expensive it is to finally obtain housing, afford a security deposit, first and last month’s rent, to be able to pay the security deposit for utility bills, and begin to rebuild credit.

“I thought I was good. I was told I was good. This apartment, this admittedly tiny, unventilated, no-stove apartment in the basement of a house that filled me with so much excitement and personal pride just months ago is going to be one more thing that I couldn’t figure out how to hold on to,” Glenn added. “All of the decorations I put up make me sad to look at. For some reason I decided I liked pineapples in this place. Silly, cheerful, happy yellow pineapples are everywhere I look, but I can’t smile at them any more. They make me feel stupid. They make me feel like the world’s biggest chump. Honestly, I kind of want to just pack it all away and report to the homeless shelter already.” 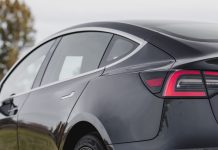