The secret of Twitter’s success is that it sounds stupid. No one has to take it seriously, which means anyone can use it for anything they want. And, because the idea is so devastatingly simple, they do. You write short messages to a group of people who choose to read them, and read short messages written by people whom you choose.

If it were not for Twitter, I would not know about The Food (Jelly Mini-Cups) (Emergency Control) (Wales) (Amendment) Regulations 2010. It is apparently genuine, the “best Statutory Instrument ever” as Arieh Kovler said when he tweeted it while I was writing this. Well, before Twitter, that is, before 2007, someone might have put it on a blog, but it doesn’t need more than 140 characters, and it is worth only a moment. Twitter can spread that moment more quickly and farther than blogs, because all you have to do is “retweet” it – pass it on – to your own followers. Add one quantum to the sum of human happiness.

Researchers at the Department of Computer Science at the Korea Advanced Institute of Science and Technology have studied Twitter and decided that it is a news medium more than a social network, but the joy of it is that it is both. I use it to keep in touch with other political journalists, politicians and other people who are interested in politics. The joy of it is its connectedness. The Korean researchers found that the average degree of separation between any two Twitterers is four. That is, information needs to pass through four hops to get from anyone with a computer or mobile phone anywhere in the world to me, from follower to follower, to someone whom I follow. Unlike Facebook, where the average degree of separation is six – which is also what Stanley Milgram found in his “small world experiment” in America in 1967, when he asked random individuals in Nebraska to forward a parcel from acquaintance to acquaintance to a named person in Boston.

Sharing the full story, not just the headlines

One of my acquaintances on Twitter is now Jemima Khan, not someone I would normally share a joke with. But when she started off, she was funny enough to be retweeted, so now I am one of her followers. I didn’t think it was really her, of course, when she tweeted: “Imran to my father, May 1995: ‘May I have your daughter’s hand?’ My father’s reply: ‘Why? Has she been shoplifting?’” That is another bonus of the internet: you don’t know who people are, but often it doesn’t matter. Reelmolesworth is not really Nigel Molesworth. Eyjafjallajokull is not the real Icelandic volcano, but he or she sometimes has mildly amusing things to say. It turned out that JemKhan was her, though. She tweeted during the election campaign about canvassing for her brother Zac in Richmond. Her mother had joined them, she reported, and had told them she got a very good reception on the doorsteps – “but what’s a ponce?”

Most of the time, however, Twitter is like a news service. It is different from social networks in that links are not necessarily mutual. People can choose to follow each other, but the Korean research found that four-fifths of links were one-way. This means that hub Twitterers with a lot of followers act as diffusers of news. When I started on this newspaper as a political reporter in 1995, the main source of UK “breaking news” was the Press Association wire – short bulletins of news, as it happened. Now Twitter fills that gap, as journalists and citizen-reporters let each other know when someone has left their microphone on, or has ruled out standing for the Labour leadership. When Adam Boulton started to lose his temper with Alastair Campbell on live television during the post-election negotiations, people tweeted to tell others to put Sky News on – to catch the best bits. William Hague announced that the talks with the Liberal Democrats were back on on Twitter. It is a way for politicians to speak to – or beyond – the conventional media. But it also offers journalists other ways of reporting.

On Tuesday 11 May, Lucy Manning, a political correspondent for ITV News, tweeted: “Just bumped into David Cameron asked him how talks were going. ‘I don’t know, no one tells me anything any more.’” It was at that point – when Cameron regained his sense of humour – that I realised the deal had been done. That evening, he was off to the Palace.

More than that, Twitter provides rolling commentary. As soon as the coalition document was published, after Cameron and Nick Clegg did their joint Downing Street garden news conference, Twitterers were pointing out the tricky bits. Within minutes, the requirement for a 55 per cent vote for a dissolution of the House of Commons was identified as one of the trickiest. One of the times usage peaked was during the leaders’ televised debates during the election campaign, when opinionated people such as me heckled electronically. “I agree with Nick” became an instant catchphrase after the first debate, partly disseminated through Twitter.

So that’s the utilitarian answer to the question ‘what does Twitter contribute to human welfare?’ Twitter spreads information and ideas more efficiently. Not that everyone agrees. Every technological change is decried as undermining morals and as destructive of an earlier, presumedly superior, form of cultural product.

When I started teaching contemporary history at Queen Mary, University of London, I came across someone called Tara Brabazon, professor of Media Studies at Brighton University, who has argued that Google was “white bread for the mind”. She doesn’t allow her students to use Google or Wikipedia. I have no idea how she stops them using the internet; in a few years’ time it will be like trying to stop them breathing. We at Queen Mary took the opposite approach. We use a Facebook group to talk to students and set them their reading for the week. I dread to think what Professor Brabazon thinks of Twitter.

Telegrams belong to another country now, as much as multiple daily deliveries of handwritten letters. But both technologies have been re-invented. The compression of that “if not duffers won’t drown” stuff from Swallows and Amazons has come back for Twitter, not because you pay by the word, but because there is an arbitrary limit.

The handwritten letter is mostly for when someone has died, these days, but you can write to someone via email or Facebook as many times a day as you like. Land-lines are rapidly becoming a curiosity. It was some weeks after The Independent moved offices recently that I noticed a funny noise. “It’s your phone,” my next-desk neighbour helpfully told me.

Most of China is apparently going to skip the land-line technology altogether, a bit like the way most countries went straight from pack animals to lorries without bothering with canals and railways in between. What is slightly alarming is that email is already going the same way. As Sathnam Sanghera asked in The Times last year: when was the last time a teenager sent you an e-mail?

So keep up, hep cats. It turns out, actually, that most Twitter users are not youth with jeans around their backsides or rings in their noses, but us slightly maturer types. Young people use instant messaging and Facebook. Or so I read on the blogs. Mind you, that was academic research that classified most Twitter traffic as “pointless babble”. If those researchers had been there in the Rift Valley when Polly Primate persuaded her tribe that vocalised signals could give them an evolutionary advantage, they would probably have put that in the same category. We should use the new technologies – or not, to taste. The one thing that is pointless is to disapprove. We who remember the waiting for dates, the missed phone calls and the microfiche libraries of the era before the Amstrad personal computer should recognise that Twitter completes the range of options available to writers. Slow and permanent books, through articles and blogs, to quick and transient tweets.

This is good. But there is more to it than that. It adds to the richness of life. It is just a small part of the great boon of the internet – which makes us cleverer, better informed and more connected socially. Although it is the social aspect that gives a lot of people pause. It is thought anti-social to be on the computer or BlackBerry, and there are certainly times and places, with David Cameron quite right to say that Cabinet meetings are not one of either. But there is nothing wrong with it if it doesn’t take over your whole life. As Norman Tebbit, an unlikely blogger, signed off one of his posts last week: “I could ramble on endlessly, but Lady Tebbit is muttering about breakfast.”

But that is blogging. Which can take over your life. Tweeting can’t, really. It’s only 140 characters after all. Including spaces. That’s 26 words. Doesn’t take long to write, or to read. It’s the links to blogs, news, YouTube and all the rest that take the time.

And the social interaction of Twitter is just as valuable as that of real life. Twitter is a friendlier place than the blogosphere because people tend to follow each other if they are interested in what the other has to say; so we avoid the bile and insults of news site and blog comments. Twitter social life is faster and more gregarious than face-to-face. It doesn’t have the depth, of course, but it avoids the downsides of “real interaction” – pretending we’re not in; not answering the phone.

I love it, for passing on intelligence, arguing with friends, commenting on life, the universe and everything – and because now I know about Welsh Jelly Mini-Cups regulations. 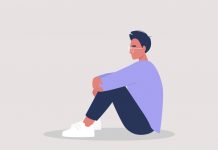