At least until Apple’s next keynote, scheduled for September 15, 2020 … However, we already had an idea of ​​what the iPhone 12 would look like.

Yes, there are many leaks regarding the Apple flagship, which is gradually revealing its design. Never mind: a leaker reveals it in an exclusive video!

In any case, these images seem to confirm everything we predicted for the iPhone 12. But especially for its pro version, because that is what it is!

Indeed, Everything Apple Pro has unveiled the chassis of the car. And everything suggests that its design will be similar to that of the iPhones 4 and 5s!

THE IPHONE 12 PRO UNVEILS JUST BEFORE THE APPLE KEYNOTE!

The side border looks just as flat and angular! However, other things are emerging that may disappoint Apple aficionados.

Starting with his prowess in terms of photography, which might have nothing to envy to the iPhone 11 … For good reason, this supposed iPhone 12 Pro does not show a quadruple sensor!

That said, the LiDAR sensor announced earlier does seem to be part of the game! It could also accommodate a 5G antenna as some predicted.

The iPhone 12 Pro will therefore measure 6.1 inches, the size that was expected for this variation. Finally, as to the panel and the size of the notch, nothing is confirmed.

Yes, these videos only reveal the chassis of the Apple smartphone. For the rest, we will have to wait for the keynote! 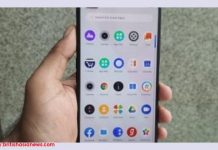 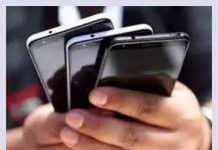 Introducing Xperia® 5 II – a Powerful, Compact Smartphone that Takes Gaming, Entertainment and Cinematography to the Next Level

Huawei reportedly has only 8.8 million Kirin 9000 chipsets for the Mate 40 smartphones