Vacuum-cleaner entrepreneur James Dyson has become the UK’s wealthiest person despite spending £500 million on his company’s scrapped electric car, which has been revealed for the first time.

In an interview with The Times, the 73-year-old inventor unveiled images of the electric SUV, which was scrapped in October 2019 as it was not “commercially viable”.

In spite of spending £500 million of his own money on the project since it began in 2017, Dyson has now become Britain’s richest man with a net worth of £16.2 billion, topping the Sunday Times Rich List for the first time.

In the past year he has increased his net worth by £3.6 billion.

In the interview Dyson revealed details of the car, named N526, which was cancelled before the first prototype could be road-tested. Dyson, however, drove it secretly in a screened-off compound at the company’s research centre in Wiltshire, England.

The seven-seater, sporty-looking SUV boasts a lithium ion pack that would have delivered 600 miles on a single charge.

While its body is made of aluminium, the car would still weigh 2.6 tonnes, measuring at five metres long, two metres wide and 1.7 metres tall.

It would have a windscreen that “rakes back more steeply than on a Ferrari”, and wheels that are almost one metre-in diameter – larger than those on any production car currently on the market.

The interior shown in the article featured a sleek and modern design with all the key dashboard information, including speed and sat-nav instructions, displayed “like a hologram” to avoid the driver looking away from the road.

This was complimented by plum-coloured chairs with chrome-orange accents, with shapes reminiscent of the Bauhausian MR Chaise by Ludwig Mies van der Rohe, but with a “lollipop”-shaped headrest on top.

The design was settled on due to Dyson’s hatred for “those armchair-style seats that you sink into, because there’s never enough lumbar support and you get back pain.”

We are sad to announce a proposal to end our automotive project. The Dyson automotive team has developed a fantastic electric car, but unfortunately it is not commercially viable. Read more here.

However the electric car proved too expensive a project to see through till the end, as each car would have had to sell for £150,000 just to break even, according to The Times.

Dyson told The Times that the car was unviable as other car companies are “making huge losses on every electric car they sell” to lowers their average CO2 and NO2 emissions – helping them to comply with EU legislation.

“Electric cars are very expensive to make,” said Dyson. “The battery, battery management, electronics and cooling are much more expensive than an internal combustion engine.”

“I don’t have a fleet,” he added. “I’ve got to make a profit on each car or I’d jeopardise the whole company. In the end it was too risky.” 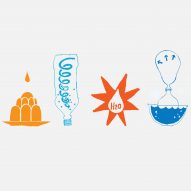 Deciding that this was not a risk worth taking has left Dyson as the UK’s richest man, exceeding Indian businessmen and brothers Sri and Gopi Hinduja, as well as British businessmen David and Simon Reuben.

His success began with the invention of the bag-less vacuum cleaner that went on sale in 1993, and accelerated from there with modern takes on hairdryers, air purifiers and bladeless fans.

Most recently, the company developed a ventilator in only 10 days to help meet the demand caused by the coronavirus pandemic.

Dyson spent around £20 million on the project, which he funded himself. The CoVent ventilator, however, was not needed by the UK government, as demand had not risen to expected levels.

ALSO READ  Gender can no longer be used to calculate auto insurance rates in California and other states - Washington Post
Share on FacebookShare on TwitterShare on LinkedInShare on Reddit
phoneweekMay 18, 2020

10 Most Breathtaking Concept Cars Of The Last Decade

You’ll want for nothing in terms of luxury and tech