With its original AirPods, Apple was one of the first companies to make a pair of totally wireless earbuds worth buying. But in the years since, there have been a bunch of notable audio companies hot on the Cupertino giant’s heels.

The latest contender is iconic American audio brand Klipsch, whose T5 True Wireless earbuds offer an array of cutting-edge tech and beautiful design that allow them to stand up tall to the best-selling AirPods. So which pair of earbuds is better? Let’s find out.

Editor’s Note: In this article, we compare the $199 Klipsch T5 True Wireless to the $199 Apple AirPods 2 with Wireless Charging Case — not to be confused with the $249 Apple AirPods Pro, which sit at the head of Apple’s AirPods table both in terms of pricing and performance. The AirPods Pro offer some serious upgrades for the extra $50, including noise-cancellation and much better sound.

From the design of the charging case to the shape and size of the earbuds themselves, there are significant differences between the Klipsch and Apple headphone models.

By now, you’re probably familiar with the design of the AirPods, which come stored in a floss-like charging case with a flip-top. That case can be upgraded from a standard charging case ($160 including buds) to a wireless charging case ($200 including buds), should you want to forgo cables altogether. The headphones feature the same golf tee-style that you’ve likely experienced on Apple headphones in the past, with slender extrusions that stick out of your ears to hold the batteries and Apple’s H1 chip.

The T5 earbuds themselves are made to fit entirely inside your ears, with slender tubes that carry sound to oval-shaped silicone eartips. The eartips and ear-filling design of the headphones mean that they stay very secure in your ears, and offer a tighter seal from the outside world than the AirPods, which lack the silicone.

Overall, we’ve got to give it to Klipsch in terms of design. The case is utterly beautiful, and the headphones themselves are more understated — and significantly more ergonomic — than the Apple model.

With eight hours of battery life, a higher-capacity charging case, aptX integration, and an IPX4 water resistance rating, the T5 beat out the AirPods in many ways when it comes to features. That’s because the AirPods only offer five hours per charge, and don’t offer any water resistance whatsoever.

Things become a bit more neck-and-neck when we compare controls, however. The AirPods’ H1 chip allows iOS users to simply say “Hey, Siri,” to initiate voice commands, and features other intelligent controls like a sensor that auto-pauses music when you remove the earbuds from your ears. In addition, touch controls on the outside of the earbuds allow you to play and pause music.

The Klipsch T5 True Wireless eschew fancy sensors and touch controls in favor of gold ol’ fashioned buttons, with two clicky ovals on the outside of each earbud. One click of the left earbud pulls up your voice assistant, and one click of the right plays and pauses music. Multiple presses or long presses of the left or right earbuds allow you to skip songs back and forth or adjust volume (something the AirPods can’t do without Siri).

In addition to controls on the headphones themselves, Apple’s AirPods come with the ability to locate the headphones with your phone, should you lose them. The Klipsch, too, promise app-based features like the ability to adjust EQ and download firmware updates, but the app has yet to be released — the company claims that it should hit app stores around the time the T5 True Wireless hit shelves in July.

Despite the excellent controls and iOS-based features, we can’t help but value actual waterproofing and significantly longer battery life higher when comparing these two models. It’s for this reason that we consider the Klipsch the clear winner here.

It’s no secret that we typically prefer headphones with silicone eartips to those without them, largely because the better in-ear seal allows improved passive noise isolation and better bass response. That difference is very evident when comparing the AirPods to the Klipsch T5 True Wireless, with the Klipsch model offering a more dynamic and clear low-end when compared to the AirPods, as well as offering a wider, more immersive soundstage.

The AirPods don’t sound terrible by any means — we especially admire their midrange and high-end response when listening to more acoustic music — but the Klipsch are the clear winner when it comes to well-rounded sound. The promise of upcoming equalization controls, which will be made available via the upcoming app, should only improve the sound even more.

With better looks, battery life, sound, and waterproofing, we’ve got to hand it to Klipsch’s T5 True Wireless — they handily beat the AirPods in most measurable ways. Those who love asking Siri for help, demand wireless charging, or who feel tethered to Apple’s hardware ecosystem might still prefer AirPods, but as far as we’re concerned the T5 are a better buy.

Neither of these headphones does anything for you? Never fear, we’ve got a constantly updated list of the best true wireless models available right now, from simple and affordable to expensive and showy.

How To Set Up Face ID On Android: Unlock Your Phone With Your Face

Which type of ice cream maker should I buy? 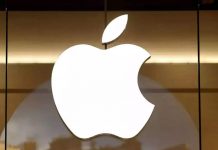 How to Install macOS Catalina on an Older Mac 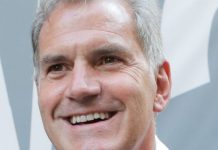