The Lava Z1 comes in Blue and Red colours, is priced at ₹5,499 and will be available from Amazon.in, Lavamobiles.com and offline stores starting from January 26.

The Lava Z2, Z4 and Z6 come in Blue and Red colours, are priced at ₹6,999, ₹8,999 and ₹9,999, respectively and will be available from Amazon.in, Lavamobiles.com and offline stores starting from January 11.

The My Z program will allow users to select specifications like , memory storage capacity and colour on their phone as per their choice on only.

There is Z Up programme as well which is only valid for Z2, Z4, and Z6 smartphones. This programme will allow you to upgrade your phone with more and storage for an incremental price without having to replace the phone.

Lava Z1 features 5-inch display with 480X854 pixel resolution and Corning Gorilla Glass 3 protection. It is powered by 1.8GHz Quad-Core MediaTek Helio A20 processor. The phone has 2GB RAM, 16GB internal storage and expandable memory up to 256GB with microSD.

It has a 5MP rear camera and a 5MP front-facing camera with dual-LED flash. The smartphone is powered by a 3100mAh battery and it runs on XOS 6.2 based on Go Edition.

The device features a dual-camera setup of 13MP primary lens and a 2MP depth sensor. For the front, there is an 8MP camera.

For the front, both have 16MP front camera with f/2.0 aperture, LED flash. They run Android 10 and pack 5000mAh battery.

SEE ALSO:
Oppo Reno5 Pro 5G mobile to launch in India on January 18 – specs, price, and everything you need to know
FarEye is the latest to buy back shares from employees — to liquidate ESOPs worth over ₹5 crore 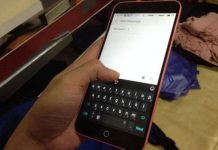