Lava will be the first mobile device manufacturer in India to sell a ₹5,499 military-grade smartphone featuring Gorilla Glass 3. The new smartphone will be released on January 22. The Z1 smartphone is part of a new lineup of recently launched Lava devices that also includes the Z2, Z4 and Z6 smartphones which all come with Gorilla Glass 3.

Gorilla Glass 3 was originally launched in 2013 and is claimed to be a high damage resistance glass. The company claims that it provides up to 4X improvement in scratch resistance when compared to competitive aluminosilicate glasses from other manufacturers.

“Around 400 million Indian consumers are likely to transition from a feature phone to a smartphone in the near future and, in the last year, it’s become apparent that smartphones are a key tool for everyday living,” said Dr. Jaymin Amin, vice president and general manager, Gorilla Glass. “With Lava’s extensive knowledge of its customer base, and their willingness to utilize Gorilla Glass on their latest device, they are providing a compelling solution for consumers buying their first smartphone. This new development is a really exciting opportunity for the future of our partnership and continued growth in the Indian market.”

In addition to designing Gorilla Glass 3 into its latest Z Series smartphones, Lava has designed Gorilla Glass across other smartphones launched over the past four years which includes Z81 and Z61 models. The new Lava Z1 is designed in India by Indian engineers. The Z1 was tested by Lava using MIL-STD-810H (a United States Military standard that emphasizes tailoring an equipment’s environmental design and test limits to the conditions that it will experience throughout its service life).

“Based on our extensive research on the budget segment customers, we realized that an important aspect they aspire for in their device is durability,” said Tejinder Singh, Head – Product, Lava International Limited. “This device is for consumers who are upgrading from feature phones and hence, consumer expectations of a longer lifecycle are a challenge considering their extreme environmental conditions. Our design engineers worked on that in detail and using Gorilla Glass 3, the Lava Z1 was designed with military grade toughness to meet unmatched standards of ruggedness in the segment.”

Senior-focused emporia S4 smartphone launches in partnership with An Post 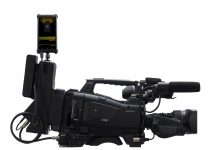