Lenovo may not be popular in the mid-range smartphone market but the company is expected to take on a big Chinese player in the segment. With its lates post the company has taken a dig on Xiaomi’s Redmi series. Lenovo shared a teaser for an upcoming smartphone series on the company’s official Weibo account. This new teaser comes ahead of the new Redmi Note 9 launch event that is scheduled for 26 November.

A report by GizmoChina suggests that the company is expected to launch THE Lemon series which will be making a comeback after a hiatus of a few years.

There is no indication provided by Lenovo regarding the launch of its new smartphones but going by the teaser revealed by Lenovo, the company may launch three new devices. The teaser does show three smartphones with narrow bezels. Under the poster, the company claims “6 Coming”.

While the Redmi Note 9 series is available in other countries, including India, China is expected to get new 5G variants. The company is expected to launch three new smartphones at the 26 November event. Two of the phones are expected to feature 5G connectivity. 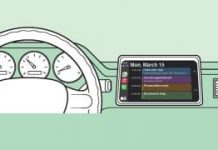 Sync Your Smartphone to Your Car – Yahoo News

Flipkart Big Savings Day Sale on January 20: iPhone 11 and other devices to get discounts