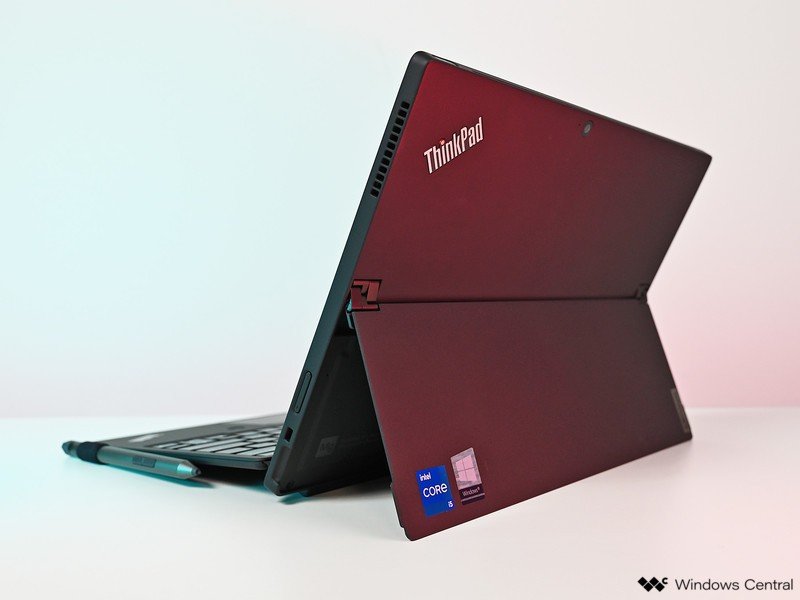 Lenovo is going all-out for CES 2021, announcing a slew of new laptops. Among the latest is the new Lenovo ThinkPad X12 Detachable, a detachable PC that should appeal to anyone who is a fan of Microsoft’s Surface Pro form factor.

While the ThinkPad X12 Detachable certainly takes its cues from the Surface Pro, it sets itself apart with a range of specs that outclass Microsoft’s offering. That includes Intel’s latest 11th Gen processors with vPro, along with Intel Iris Xe graphics for added integrated graphics horsepower. Thunderbolt 4 ports are on board here as well, along with Wi-Fi 6 and 4G LTE support.

The ThinkPad X12 Detachable can be pulled away from its keyboard to be used in tablet mode, and it’s compatible with the Lenovo Precision Pen or Lenovo Digital Pen for inking. The backlit keyboard also includes Lenovo’s iconic red keyboard nub for those who are fans. An IR camera and fingerprint reader also ensure that you’ve got multiple options to keep your PC secure with Windows Hello.

With a 3:2 aspect ratio and a 12.3-inch display, it’s hard to ignore the similarities to the Surface Pro here. For those intrigued by the Surface Pro’s design who want to go a little higher-end on specs, the Lenovo ThinkPad X12 Detachable may be just what you’re looking for.

Lenovo says the ThinkPad X12 Detachable is set to go on sale later in January starting at $1,149.