Significant investment in viable electric cars and the charging infrastructure has been happening for under a decade. Events including the “dieselgate” VW emissions scandal, escalating environmental pressure and even the current pandemic have seen demand for cars put on fast-forward, and everyone from the car manaufacturers, to the scientists working on battery technology, to the charging providers, are playing catch-up.

But they are getting there. The new wave of pure electric cars – only just reaching showrooms right now – feel three generations ahead of where the Nissan Leaf was when it became the worthy but rather undesirable champion for the mainstream electric car only 10 years ago. They go further, they charge faster, they’re better to drive, and most of them even look good on your driveway and have justifiable monthly finance deals attached.

The infrastructure is also improving. Just this week, a new EV forecourt is being launched that can charge 24 EVs (at whatever speed the car can manage) via solar power, and with all the comforts of a normal services.

According to Zap-Map.com, the number of public charging connectors has more than doubled since 2017; we now have nearly 20,000 charge points and 34,000 connectors. 468 were added just in the last 30 days.

ALSO READ  Electric motor Kia Soul has a long-range battery and is set to be cheaper, chunkier and much cooler than rivals

SUV drives onto 2 other cars in Skokie Aldi parking lot 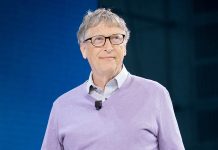 Porsche Project 411 Concept Is A Look Towards The Future