SPRINGFIELD, Mo. — It’s not just deer drivers have to dodge, a Springfield body shop has repaired around a dozen vehicles that had turkey related damage to them in the past few months. Auto Glass Now says this is the busiest season for turkey related crashes. 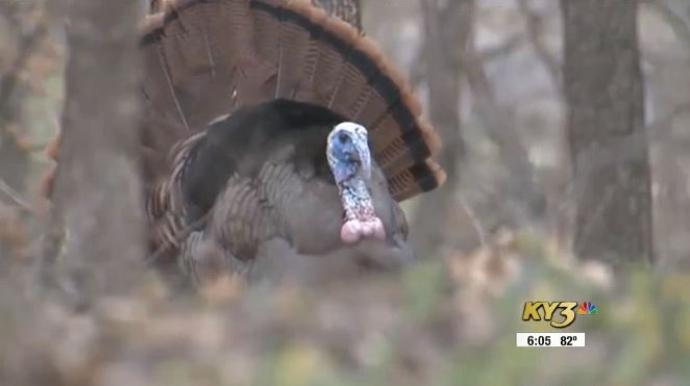 “This is the time that turkeys do come out,” said Tamara Sjoberg, the manager of Auto Glass Now.

She says that the majority of the time that a turkey crashes into a windshield, the whole windshield has to be replaced.

“They weigh so much, and you are traveling at whatever speed, so it is a big impact,” Sjoberg explained.

Over the weekend in Michigan, a 70-year-old man was hit by a turkey while riding his motorcycle. It hit him so hard that he crashed into a guard rail and later died at the hospital.

“I feel so bad for his family,” said Pam White, who lives near the crash site. “I can’t even imagine the pain they must be going through. To have such a fluke accident, and to lose a loved one due to something like this, it’s unimaginable.”

Sjoberg says they see lots of bird damage with semis and other large vehicles.

“They are off the ground more and that is where they all fly,” Sjoberg said. “But with turkeys their flying radius is not so great. They are so close to the ground that they are coming down and you are right there.”

And unless you have a really low insurance deductible, you will most likely be paying out of pocket for any turkey damage to your windshield.

After stalling, auto dealers rev up

Sarah Everard and how we can all help change ‘masculinised’ workplaces

Life after the yakuza: Struggling for a normal life