The official website for Konami‘s LovePlus franchise announced on Tuesday that the LovePlus EVERY smartphone game will end service on August 5.

The game launched on October 31 last year. The game was first scheduled to launch in winter 2018, but was delayed until August 2019, and then delayed again to an indefinite date. The game was then slated for a November 2019 release before the eventual launch ahead of schedule in October.

LovePlus character designer Tarō Minoboshi (√Letter, God Wars Future Past) along with series producer Akari Uchida had both left Konami in March 2015. Konami stated later that month that it would continue to make LovePlus games. Minoboshi designed characters for the franchise under the penname Mino☆Tarō.

The LovePlus franchise launched on the Nintendo DS in 2009. The game inspired an enhanced LovePlus+ edition that launched in Japan in 2010.

ALSO READ  Foldable displays are reaching beyond the smartphone 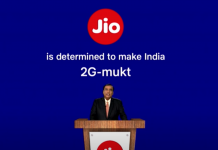 New Huawei Smartphone Specifications Leaked: Which One Is This?