Apple finally debuted its long-awaited new Retina MacBook Air last Tuesday. As many anticipated, the new MacBook Air drops all of its legacy ports in favor of USB-C. While the transition to USB-C is bound to be bumpy for some MacBook Air users, it also opens the MacBook up to a host of new accessories and peripherals.

Read on as we roundup some of the MacBook Air accessories with USB-C & Thunderbolt 3. 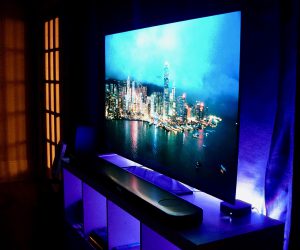 One important thing to note right off the bat is that both USB-C ports on the new MacBook Air are also Thunderbolt 3 capable. This is somewhat surprising seeing that the 12-inch MacBook features USB-C connectivity, but it is not a dual-port also capable of Thunderbolt 3. 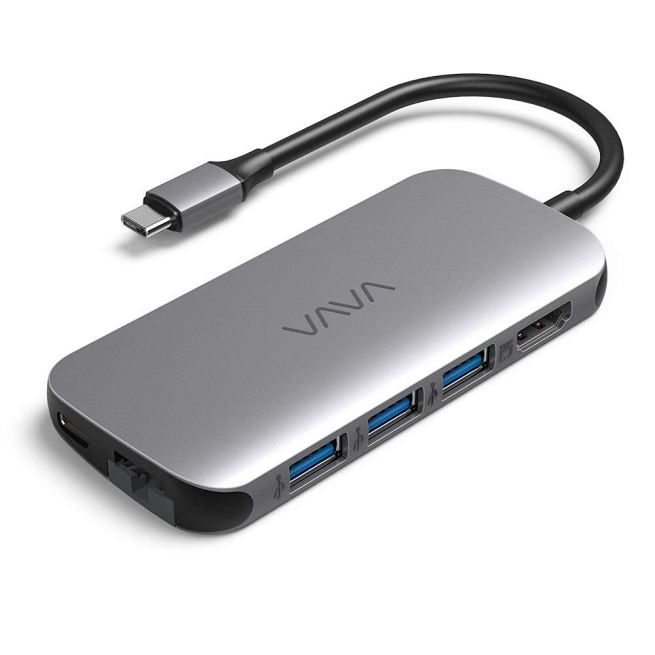 One of the most common accessories for USB-C and Thunderbolt 3-enabled Macs is a hub of some sort. These hubs bring legacy ports to the MacBook Air, such as USB-A, HDMI, and more.

For the ultra-portable MacBook Air, you’re going to want something relatively small and easy to keep in your bag with you at all time. Our top pick is the 8-port VAVA USB-C Hub.

This hub is able to achieve a relatively small footprint, while including HDMI, 3 USB-A ports, an SD card slot, a microSD card slot, USB-C, and 1Gbps Ethernet support. While it’s not Thunderbolt 3-enabled, it’s an affordable, versatile, and well-reviewed USB-C hub that won’t take up too much extra space in your bag. Buy the VAVA USB-C Hub on Amazon for $59.99.

It’s worth noting that Apple sells its own multi-port USB-C adapter for $60 with USB-C input, HDMI, and USB-A. It’s not as versatile as many of the third-party options, but if you want something straight from Apple, it’s a good choice.

Other USB-C hubs for MacBook Air:

If you want something Thunderbolt 3-enabled with higher performance, you’re going to have to spend more and generally get something with a larger footprint. A popular option here is the Cable Matter Thunderbolt 4 dock. This dock includes 60W power delivery, HDMI 2.0, an SD card reader, 5 USB-A ports, 2 Thunderbolt 3 ports, and Gigabit Ethernet.

The Cable Matters Thunderbolt 3 dock is pricer than USB-C alternatives, but you get far more power and versatility. Pick it up for $249.99 on Amazon. 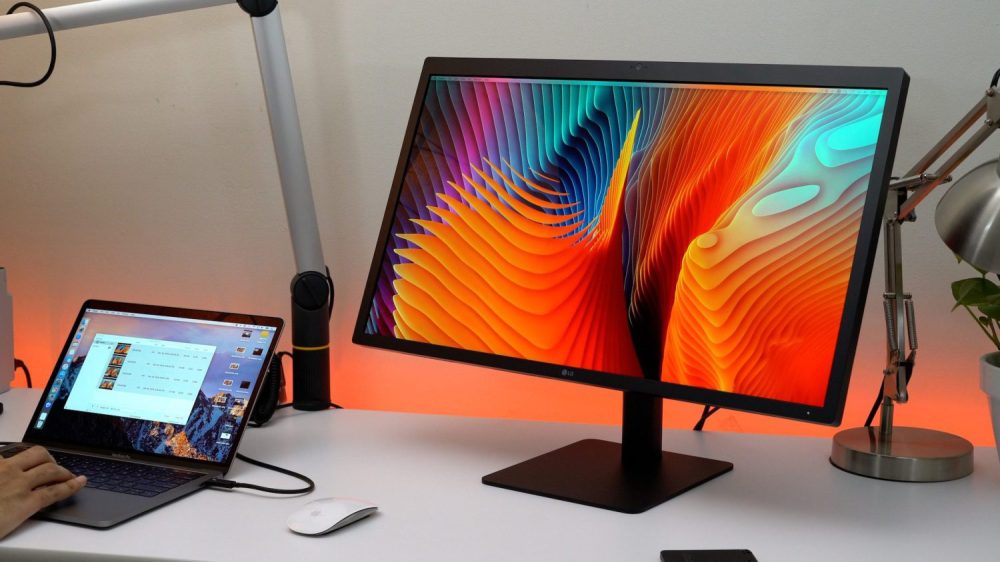 Apple says the new MacBook Air is capable of powering one external display with 5120×2880 or two external displays with 4096×2304. Since Apple’s exit from the display market back in 2016, things have been a bit messy for Apple users. While the company is plotting a return with a new external display in 2019, there are a few third-party options worth noting.

The Thunderbolt 3 display market is virtually nonexistent, or so it seems. The best option for many Apple fans is the LG UltraFine 5K, which Apple sells for a whopping $1,299.95. While the display had its flaws at the beginning, it has turned into a viable option for Mac users.

The LG UltraFine 5K features three additional USB-C ports and a ThunderBolt 3 port for video and power delivery. There aren’t any USB-A ports or other connectivity options, though, which means you might still want to pick up one of the aforementioned docks to expand your connectivity.

While the Thunderbolt 3 display market is limited, there are several USB-C options. What we’re looking for here is a single-cable solution, meaning you can use one USB-C cable to draw power and transmit video.

One such option is the LG 27UD88-W, which is a 27-inch 4K monitor with USB-C connectivity. It’s not the most attractive monitor design, but it’s a 4K IPS monitor that’s far more affordable than the LG UltraFine 5K, coming in at $545.94 on Amazon. 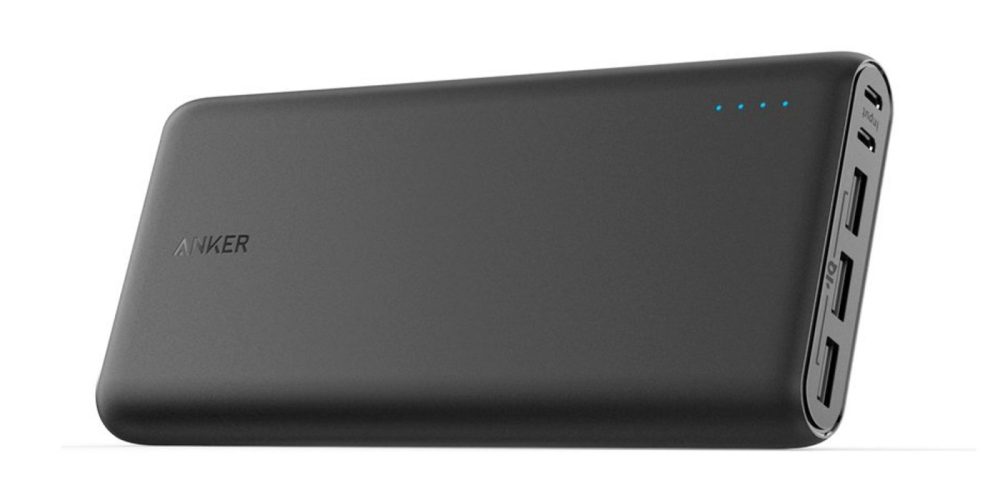 One of the best things about USB-C MacBooks is the ability to give them some added power through an external power bank. The Retina MacBook Air draws 30W of power while charging, which means there are several options on the market for users.

Our top pick here comes from one of our favorite accessory makers, Anker. Its PowerCore+ portable charger with 26,800mAh of juice can add some extra battery life to your MacBook Air while you’re on the go, as well as your iPhone, iPad, and any other USB-C accessory you might have. It’s available for $129.99 on Amazon. 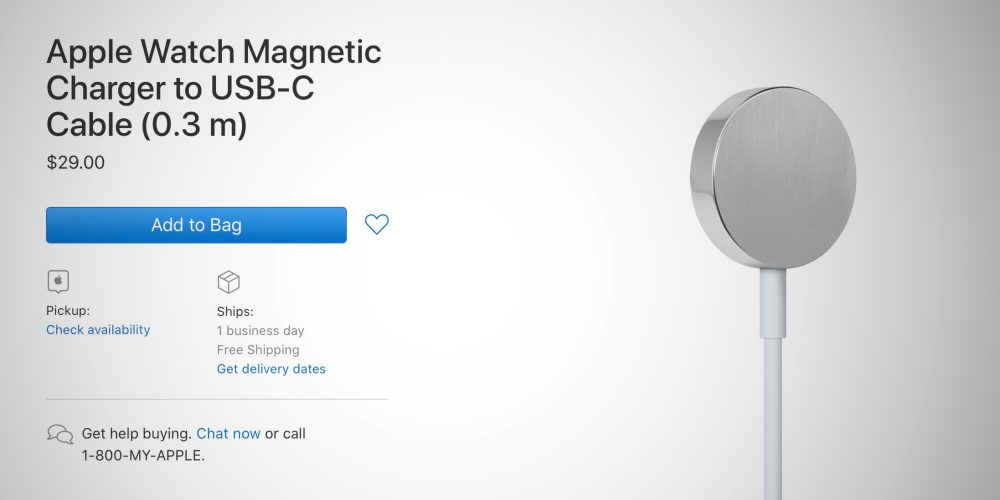 If you’re looking to outfit your cable collection with USB-C, now is a great time to do it. If you’re an iPhone user, you’ll definitely want to pick up Apple’s USB-C to Lightning cable, available in 1m for $19 or 2m for $35.

Another accessory you might need is a USB-C flash drive. We’re big fans of SanDisk’s 128GB option for just $32.76.

Last but not least, it’s wise to pick up a few single adapter cables, such as the AmazonBasics USB-C to USB-A female adapter for just $7.99.  If you still have some microUSB accessories laying around, the $6.99 Cable Matters USB-C to microUSB cable.

What are some of your favorite USB-C and Thunderbolt 3 accessories? Let us know down in the comments! 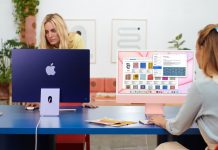 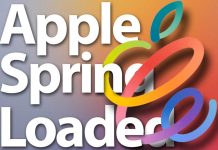