At least 16 cell phones, a laptop and a motorcycle, all worth Rs 6.2 lakh, have been recovered from Devram, police said. (Representational)

A man has been arrested for allegedly stealing mobile phones and laptops from several people. The accused, Devram Narayan Chillavar, is a highly qualified youth who works at a prominent private firm in Ranjangaon in the city, police said.

According to police, the accused contacted a person who had posted advertisements on an online shopping portal to sell cell phones and laptops. Claiming to be a buyer, Devram called this person and asked to meet him so he could see the product, police said.

Acting on a tip-off, a police team nabbed Devram on September 6. He has been booked under sections 420 (cheating and dishonestly inducing delivery of property) and 406 (criminal breach of trust) of the Indian Penal Code.

At least 16 cell phones, a laptop and a motorcycle, all worth Rs 6.2 lakh, have been recovered from Devram, police said.

📣 The Indian Express is now on Telegram. Click here to join our channel (@indianexpress) and stay updated with the latest headlines

For all the latest Pune News, download Indian Express App.

This is the best value rugged smartphone right now 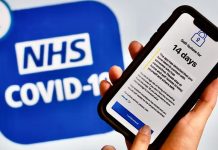