Recently, mid-life facelifts for large SUVs have all followed certain trends: a minor makeover, a range of new electrified engines topped by a plug-in hybrid and a reworked interior with a larger, shinier touchscreen.

The Mazda CX-5 has always been a bit different from the SUV pack, standing out for its driving attributes and sharp style. This mid-life facelift is a bit different too: most notably, there are no new electrified engines and there’s no touchscreen. Instead, there’s the option of a new 2.5-litre petrol engine and an interior makeover that features a bigger screen, but it’s one you – gasp! – still need a rotary dial to control.

The upgrades to the CX-5 might not be bang on the latest industry trend, but that might be no bad thing. After all, the CX-5 has always excelled by taking a somewhat alternative path to rivals, and it shows no signs of fading into the pack. 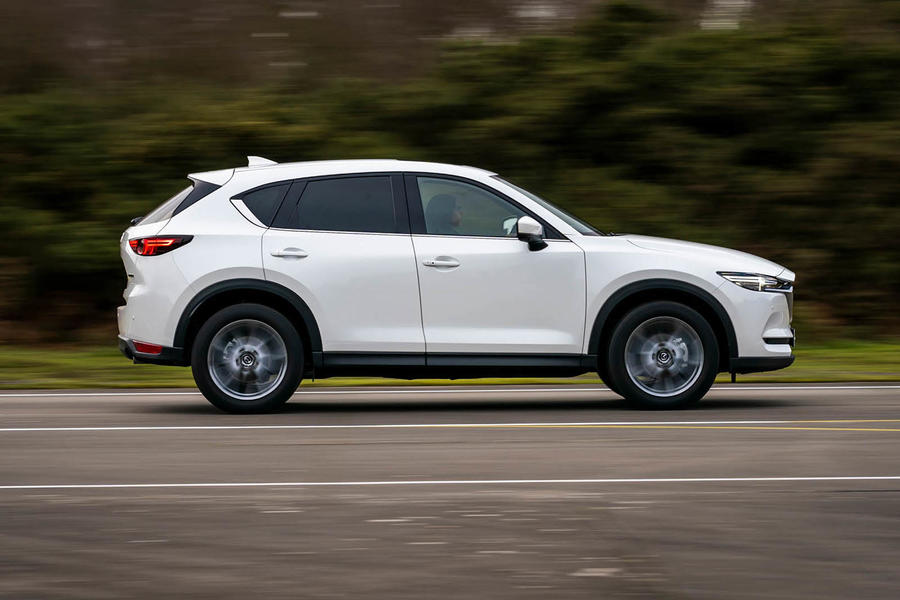 The most notable addition is that new ‘flagship’ engine to sit atop the powertrain range. It’s Mazda’s 191bhp 2.5-litre Skyactiv-G four cylinder petrol engine, first seen in the UK on the Mazda 6 saloon and which bucks industry trends by being devoid of even the merest wisp of electrification (you’ll need the mild-hybrid CX-30 or electric MX-30 for that).

The unit isn’t entirely without some tricks to increase efficiency, though: it features cylinder deactivation technology to automatically switch between two and four cylinders, contributing towards an official WLTP fuel economy figure of 35.3mpg. While that’s far below the inflated official figures of some hybrids – and, as a result, without their favourable tax bands – it is a figure you can actually get close to in the real world.

The engine is refreshingly responsive, offering a useful slug of power that helps offset the not inconsiderable SUV heft of the CX-5. Without any electric boost there’s no engine-free running from start-up, but while that does make for a modicum less refinement, the payoff is the surprisingly pleasant roar of the Skyactiv-G unit. Once up to speed it doesn’t lack for refinement or response compared with class rivals, and if you select Sport mode it offers a pleasing soundtrack. And, happily, the unit doesn’t affect the CX-5’s positive handling and driving dynamics.

The rest of the engine line-up remains, including the front-drive 2.0 Skyactiv-G petrol unit and two different outputs of the Skyactiv-D diesel.