Chinese smartphone maker Meizu has confirmed that the company will be launching its next-generation Meizu 18 series flagship smartphones on 3rd March in its home country. The launch event will be held at 2:30 PM local time.

Now, just days ahead of the official launch, the company has shared official renders of the upcoming flagship smartphones, revealing its design. Along with sharing images, the company added that Meizu 18 is lightweight while the 18 Pro is a high-end device. 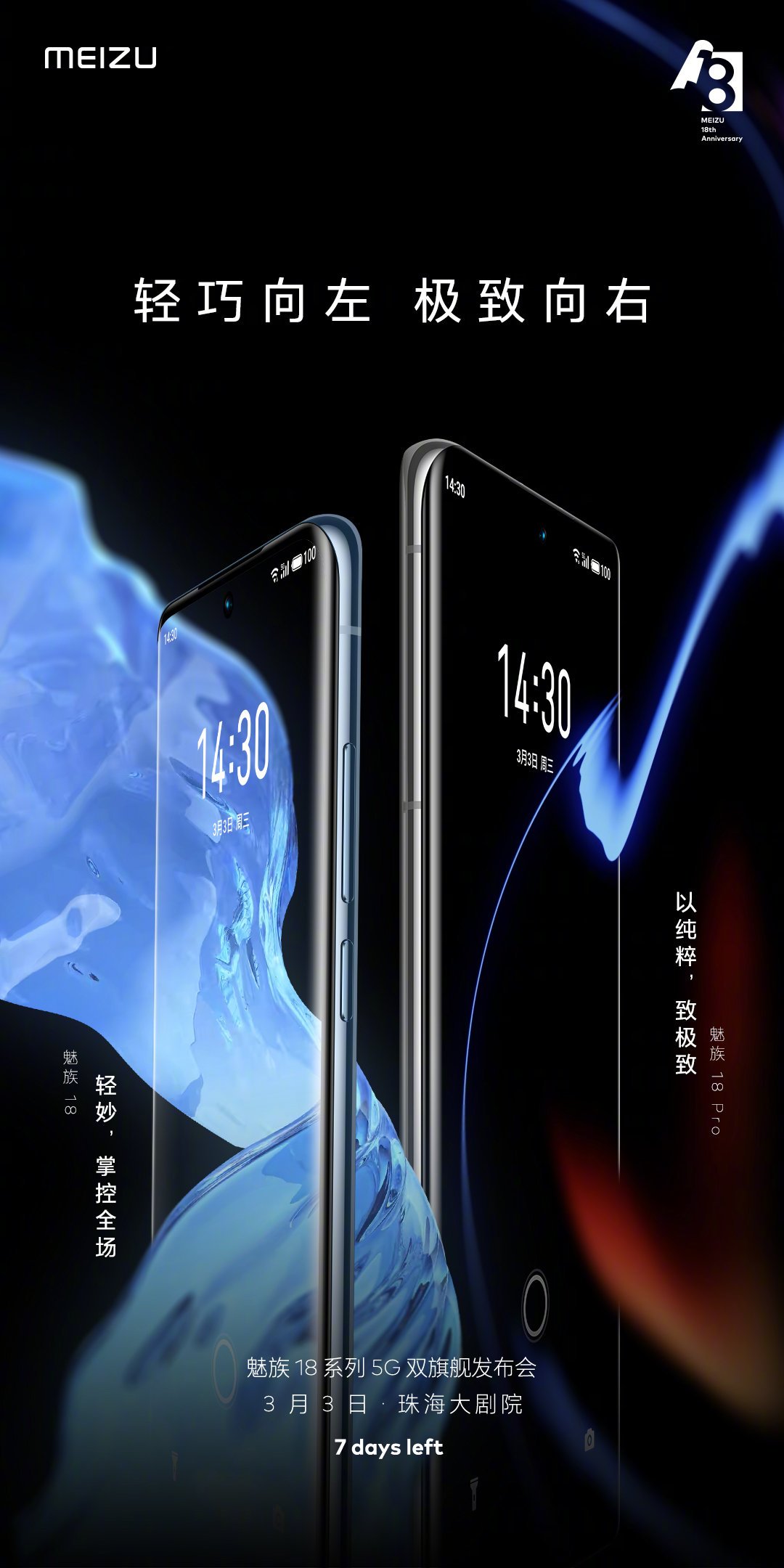 The image reveals that both the smartphones feature a curved screen design with a punch-hole cutout for the front-facing camera in the center of the display. The phones also come with an under-display fingerprint sensor.

A recent leak suggests that both the smartphones are expected to have Samsung E4 AMOLED display with support for Full HD+ screen resolution and a high 120Hz refresh rate.

The Meizu 18 is rumored to be powered by the Qualcomm Snapdragon 870 SoC, coupled with 8GB of RAM and 256GB of internal storage. It is expected to feature a triple-camera setup consisting of 64MP + 12MP + 5MP sensors.

Coming to the Meizu 18 Pro, the device is expected to be powered by the latest Qualcomm Snapdragon 888 flagship chipset. It should have a quad-camera setup consisting of 48MP + 48MP + 8MP + ToF lens. On the front side, there is expected to be a 20MP snapper for taking selfies and video calling.

Both the smartphones could be running the latest Android 11 operating system out-of-the-box with the company’s own custom user interface. The Meizu 18 Pro is said to be powered by a 4,500mAh battery with 40W fast charging support.

To know for sure about the phone’s specifications, variants, color options, pricing, and availability details, we will have to wait for a week for the smartphones to go official in China. Meanwhile, we expect the company to reveal more information through teasers.