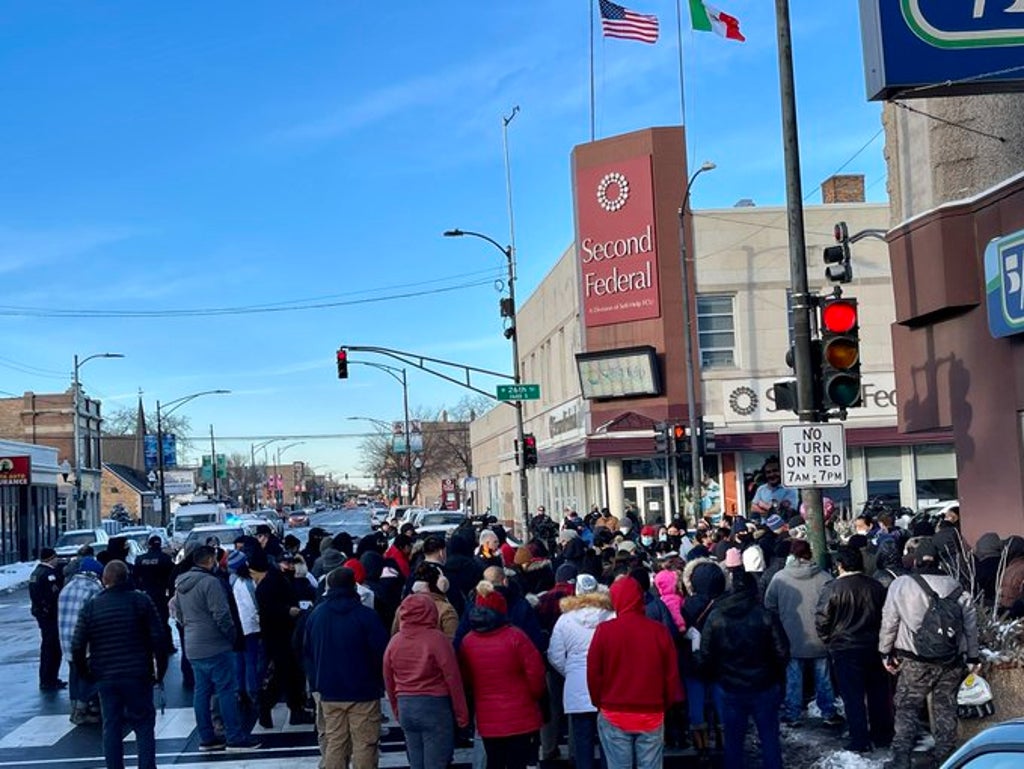 Two men have been arrested and are expected to be charged in connection to the fatal shooting of 8-year-old Melissa Ortega, according to multiple reports.

A 16-year-old teenager was arrested as the possible shooter while a 27-year-old was arrested after being stopped in the car police believe was used in the shooting, according to The Chicago Sun-Times.

The girl was killed by a stray bullet fired on Saturday afternoon in Chicago’s Little Village Neighbourhood. A 29-year-old man thought to be the intended target of the shooting was also wounded.

The Cook County state’s attorney’s office told the Times that prosecutors “anticipate charges may be filed sometime this afternoon”.

This is breaking news. More follows.