The Mi 9T has a lower price and, arguably, a more balanced specification than other Mi 9 models, losing the flagship processor and wireless charging of the standard Mi 9, but retaining its in-display fingerprint sensor and adding a higher-capacity 4,000mAh battery.

It uses the same 48Mp triple-lens camera as the Mi 9 SE, but at the front is fitted with a 20Mp pop-up selfie camera that enables a truly full-screen experience on its 6.39in Full-HD+ AMOLED display.

A rebadged Redmi K20 Pro, the mid-range Mi 9T is now official in Spain, France and Italy, but has not yet been announced in the UK. Xiaomi has not confirmed if or when it will launch here.

UK users can get hold of the Mi 9T through GearBest, however, where it costs £293.76 for the 64GB model and £322.32 for 128GB. Bear in mind that GearBest uses both Chinese and European warehouses, and if your order is shipped from the former you will be liable for import duty if requested (20% of the value on the shipping paperwork).

Choose carefully which storage option you plump for, since there is no possibility to expand this later through microSD.

At this price it’s ever so slightly cheaper than the Mi 9 SE, which retails from £349/€349, but we think you might just prefer it. 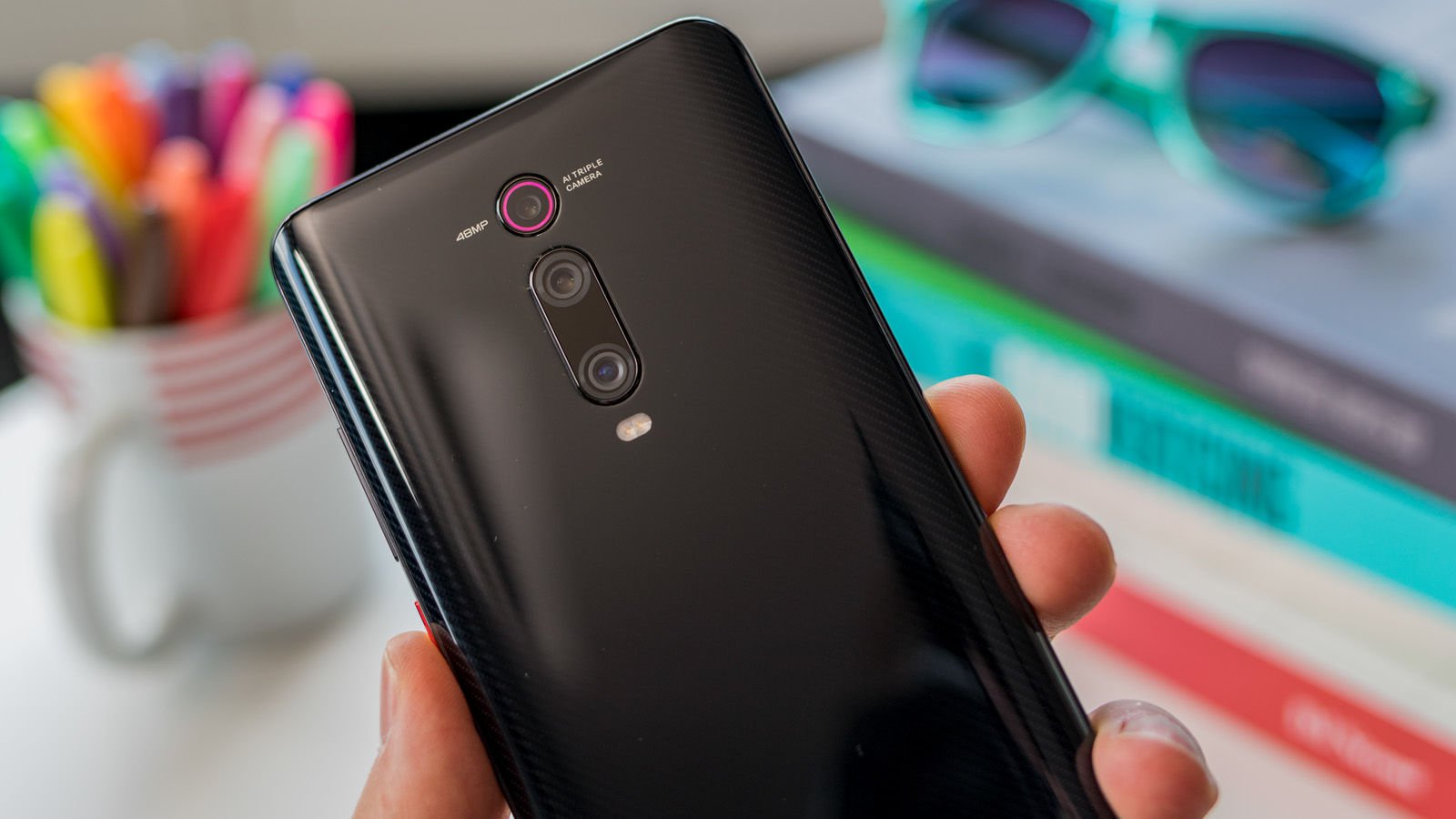 While all Xiaomi phones have a familiar look and feel, the Mi 9T is quite a departure from the Mi 9 line. Both its siblings feature a small ‘Dot Drop’ notch at the top of the screen, but the 9T is all display thanks to its inclusion of a pop-up selfie camera. The earpiece remains just above the top screen bezel, but is around half the width and all but unnoticeable.

At the sides you’ll find the same red power button as we saw on the Mi 8 Pro, not seen in the Mi 9 or Mi 9 SE – and this colour scheme extends to the rear where it is used to pick out the 48Mp lens, as well as the selfie camera at the front. The camera setup itself looks different, too, with the primary lens separated from the 13Mp + 8Mp duo. All are centrally located and don’t jut out from the frame as much as we see in other Mi 9 models. 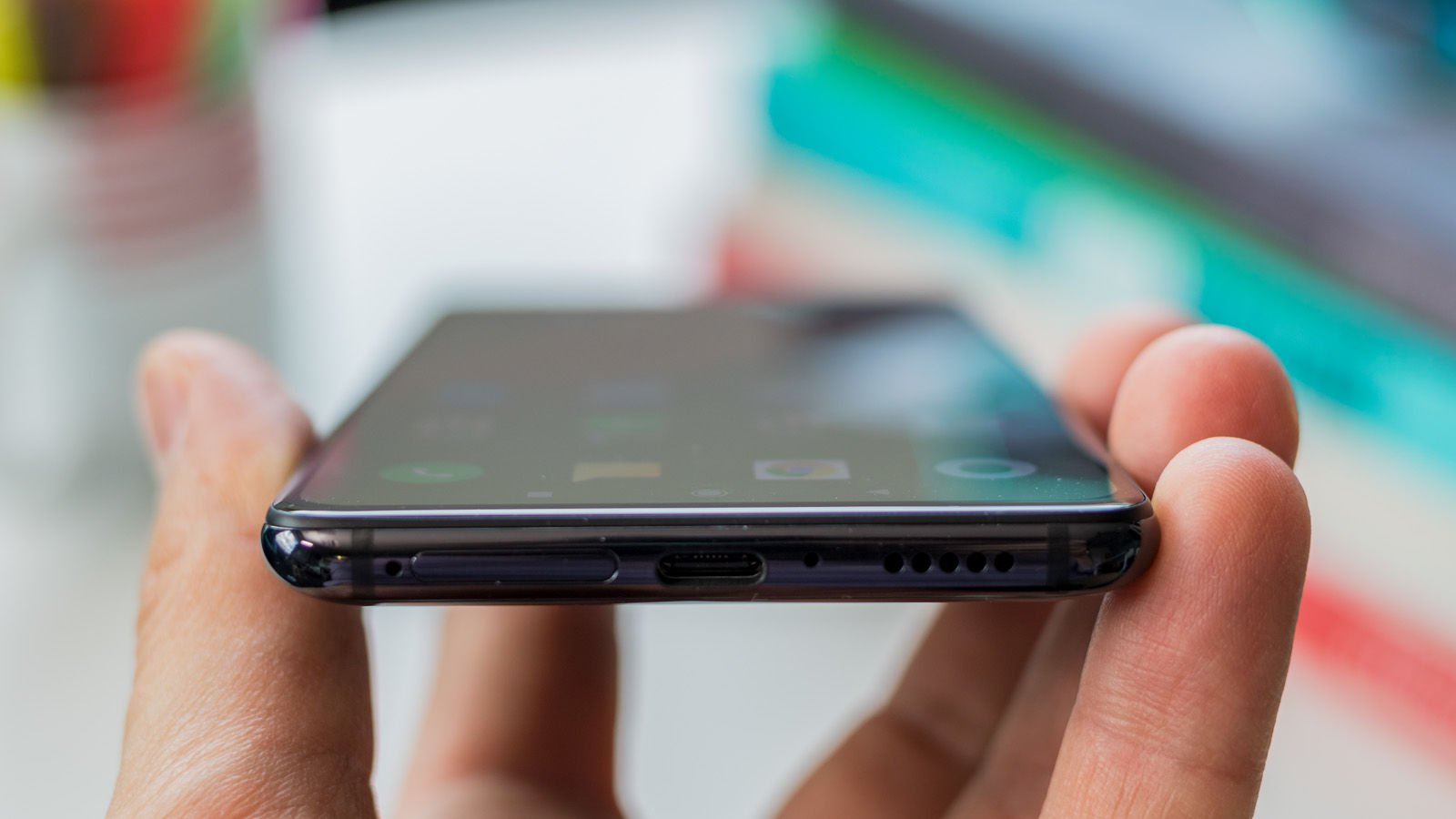 In placing the pop-up mechanism and headphone jack at the top of the phone Xiaomi has had cause to move the SIM slot to the phone’s bottom edge, where it sits to the left of the USB-C port. To the right of this is a grille that conceals a decent mono speaker. Xiaomi has also removed the IR blaster found in other Mi 9 models, and in common with the Mi 9 SE there’s no dedicated button for calling up Google Assistant.

Both Mi 9 and Mi 9 SE use an attractive ‘holographic’ glass cover at the rear, which appears to change colour as you move it in the light. Mi 9T also has Glacier Blue and Flame Red holographic options, though the Carbon Black review sample we have here has a carbon-fibre finish. It looks like a truly premium handset, despite its mid-range price.

Since Xiaomi has fitted a higher-capacity battery the Mi 9T naturally has a thicker chassis than its siblings, but you’ll find the edges are more aggressively curved than on the Mi 9 at the rear, and significantly more so than on the virtually flat-back Mi 9 SE. At 198g and 8.8mm thick it does feel reasonably weighty, but it’s not too much in our opinion. 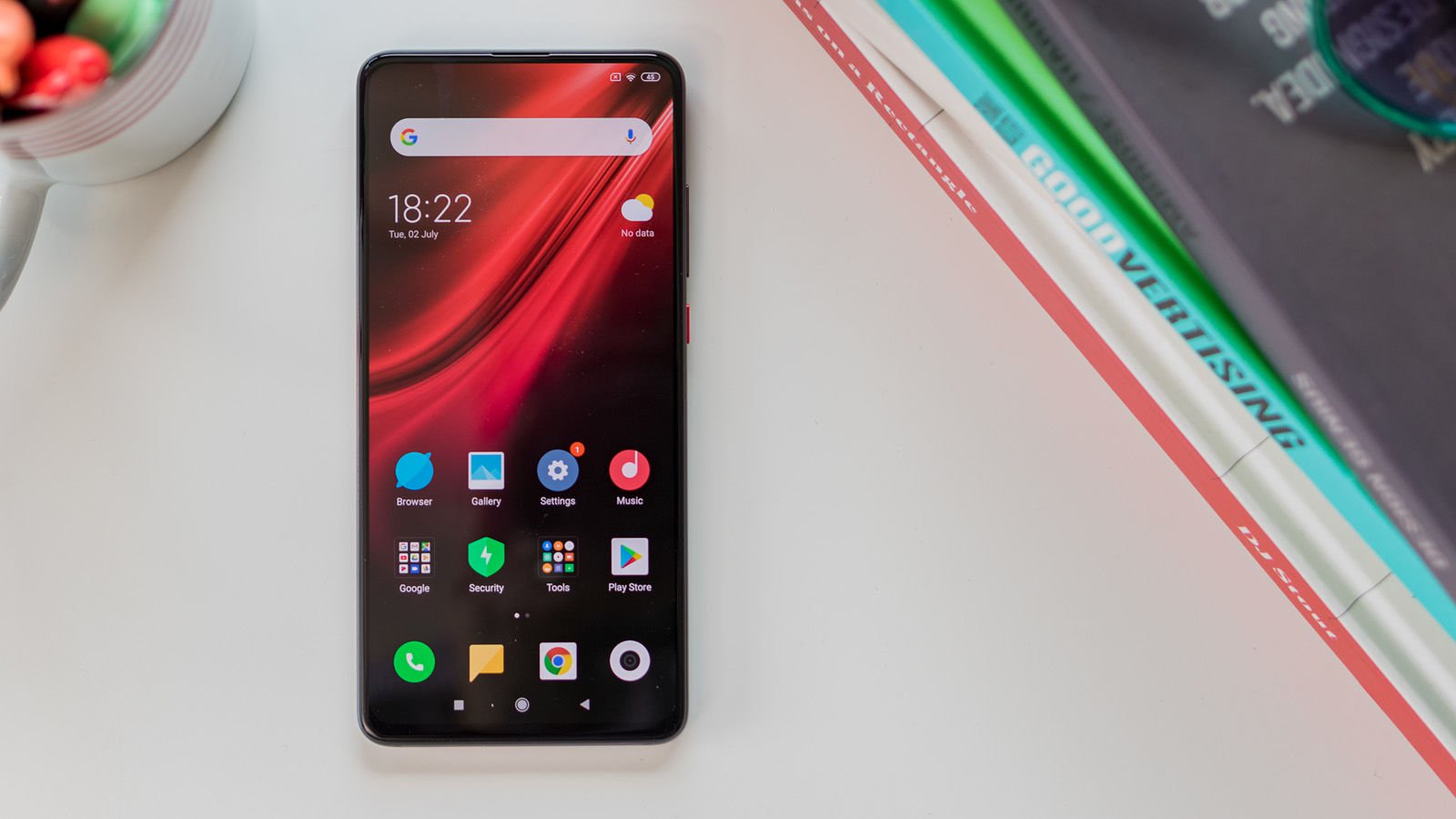 The Mi 9T stands out for its 6.39in full-display, an AMOLED panel that supports a Full-HD+ resolution of 2340×1080 pixels and a tall 19.5:9 aspect ratio. This is our favourite kind of screen technology, allowing for vivid colours and rich, deep blacks. It has a fingerprint sensor built directly into it, which worked well in our tests thanks to its larger detection area. Xiaomi claims its scanner can recognise fingerprints 25% faster than previously.

It’s the same size display as on the standard Mi 9, though obviously has a greater screen area without the notch – there’s a 91.7% screen-to-body ratio, according to Xiaomi. Mi 9 SE is only slightly smaller at 5.97in, but even though we’re talking about less than half an inch it makes a real difference to how the phone feels in the hand.

Mi 9T also supports Xiaomi’s newly customisable Always-on (‘Ambient’) display, but this is switched off by default to preserve battery life. In truth it consumes only a fraction of the phone’s power, and is actually designed to save battery power with you waking the screen less frequently to check the time or for notifications. Given that there’s no notification LED, we’d recommend switching it on.

Our only real issues with the design concern how slippery the glass can be (less so if you use the supplied silicone case), and how easily the Mi 9T picks up fingerprints. There’s also no waterproofing, though this is yet to be found in any Xiaomi phone to date. 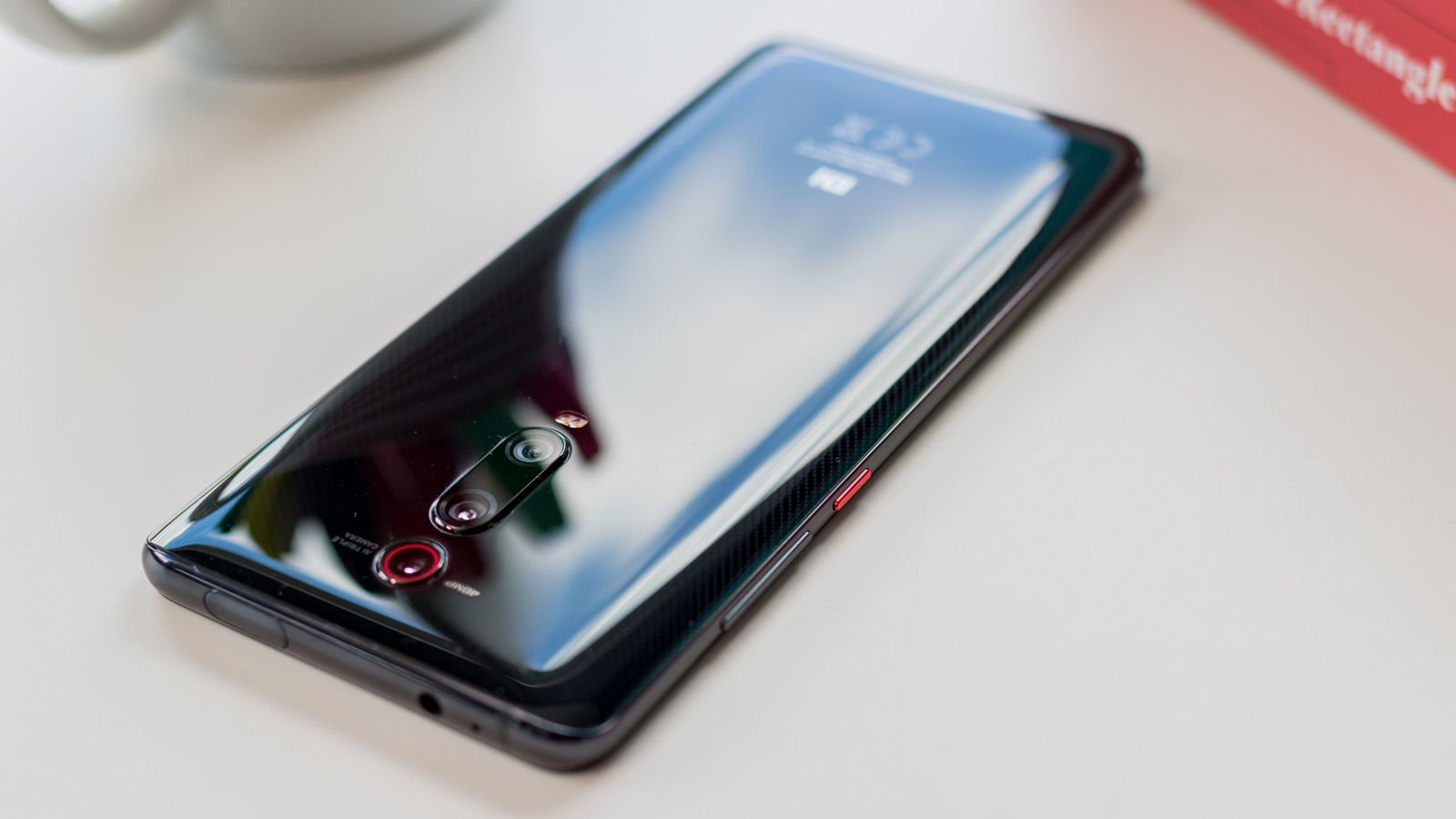 Mi 9T offers very capable performance at this price point, and is the first handset to run Qualcomm’s Snapdraon 730 – an upgrade over the Snapdragon 712 found in the Mi 9 SE, though a sizeable step down from Mi 9’s 7nm Snapdragon 855.

We ran our usual benchmarks and found strong performance for a mid-range market. In Geekbench 4 it recorded 6970 points multi-core, which is faster than the Mi 9 SE and many better known UK phones at this price point.

We also ran the GFXBench graphics test, and the Mi 9T proved itself more than able to handle some casual gaming, recording 51fps in T-Rex, 25fps in Manhattan, 18fps in Manhattan 3.1, and 10fps in Car Chase. That’s a fraction slower than Mi 9 SE, though it has more pixels to push.

For battery life the Mi 9T is the best in the line, thanks to its higher-capacity battery. We recorded 11 hours 12 minutes in the Geekbench 4 battery test, which is a very good score. How long it actually lasts in the real world is down to your personal usage, but all-day battery life is not a pipe dream for Mi 9T.

When the battery runs down there’s support for 18W fast charging, mirroring the Mi 9 SE.

Recently we were disappointed to learn that Xiaomi’s recently announced mid-range Android One phone, the Mi A3, does not support NFC, which is necessary for making mobile payments. Mi 9T has this covered, along with most other connectivity bases – as we mentioned earlier it does not have the IR blaster found on Mi 9 and Mi 9 SE, though it adds a headphone jack while they both rely on USB-C for personal audio.

You’ll also find Bluetooth 5.0, dual-band 802.11ac Wi-Fi, GPS and, interestingly, dual-4G. The Mi 9T, like the rest of the line, is a dual-SIM phone, and whereas some such phones allow data on only one SIM slot, here you can use either. Do note that this is not a hybrid slot, so there’s no storage expansion through microSD.

With the same primary camera as Mi 9 SE, the pop-up selfie camera is arguably more interesting here. It automatically pops up when you flip the camera view, and is clever enough to retract itself should it detect a drop or downward pressure. Xiaomi says the mechanism is good for 300,000 cycles.

Even with camera sounds switched off the selfie camera sounds a notification when opened or closed, which could be slightly annoying when you’re trying to sneak a selfie with no-one noticing.

Naturally it takes a little longer to pop up a selfie camera than it does to switch to a traditional version, and this is potentially good and bad – it gives you a little longer to perfect your pose, but it can also feel like a bit of a drag. The latter is amplified if you want to check a preview of your photo in the Gallery before taking another portrait shot, since every time you exit the camera view it will automatically retract the camera. 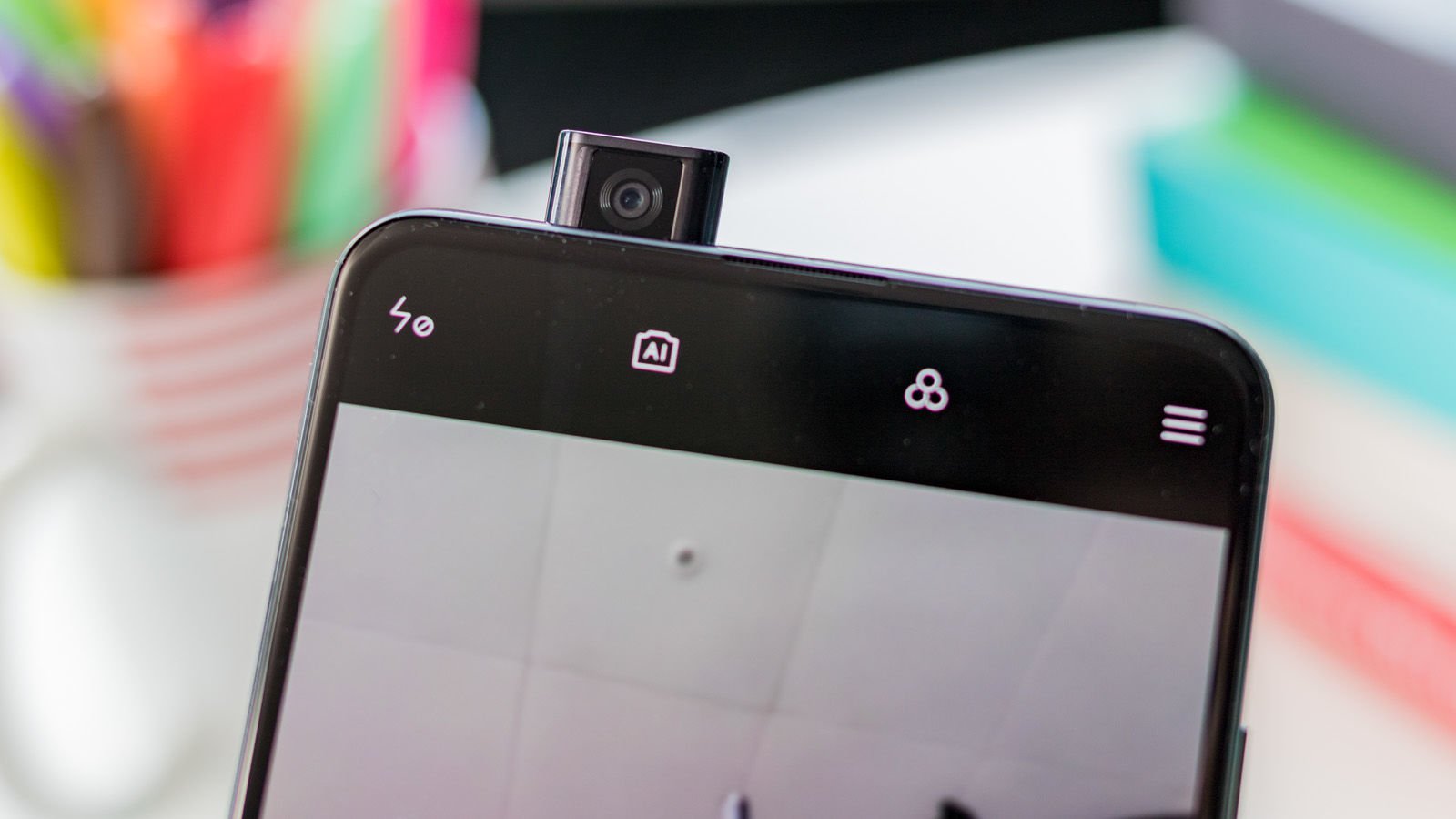 In selfie mode you can choose between the ordinary Photo mode, Portrait, which allows for bokeh-effect blurred background shots, Panorama, which lets you take group selfies without everyone getting into awkward positions, Video and Short Video. The main camera adds a Slow motion mode that can shoot video at 960fps, in addition to 4K @30fps with image stabilisation.

By default there’s some obvious skin softening in use here, but there are five Beauty presets to choose from, and sliders for just about everything, from the shape of your face to the size of your eyes. You can even apply little sparkly stars to your eyes (but don’t, because they look silly), or apply real-time filters such as Movie or Sepia.

This is an AI camera, which means it intelligently selects the best presets for the shot. The primary camera also integrates this intelligent tech, but in both cases it’s something you have to trust is working as it’s not obvious what scene mode the camera has selected. 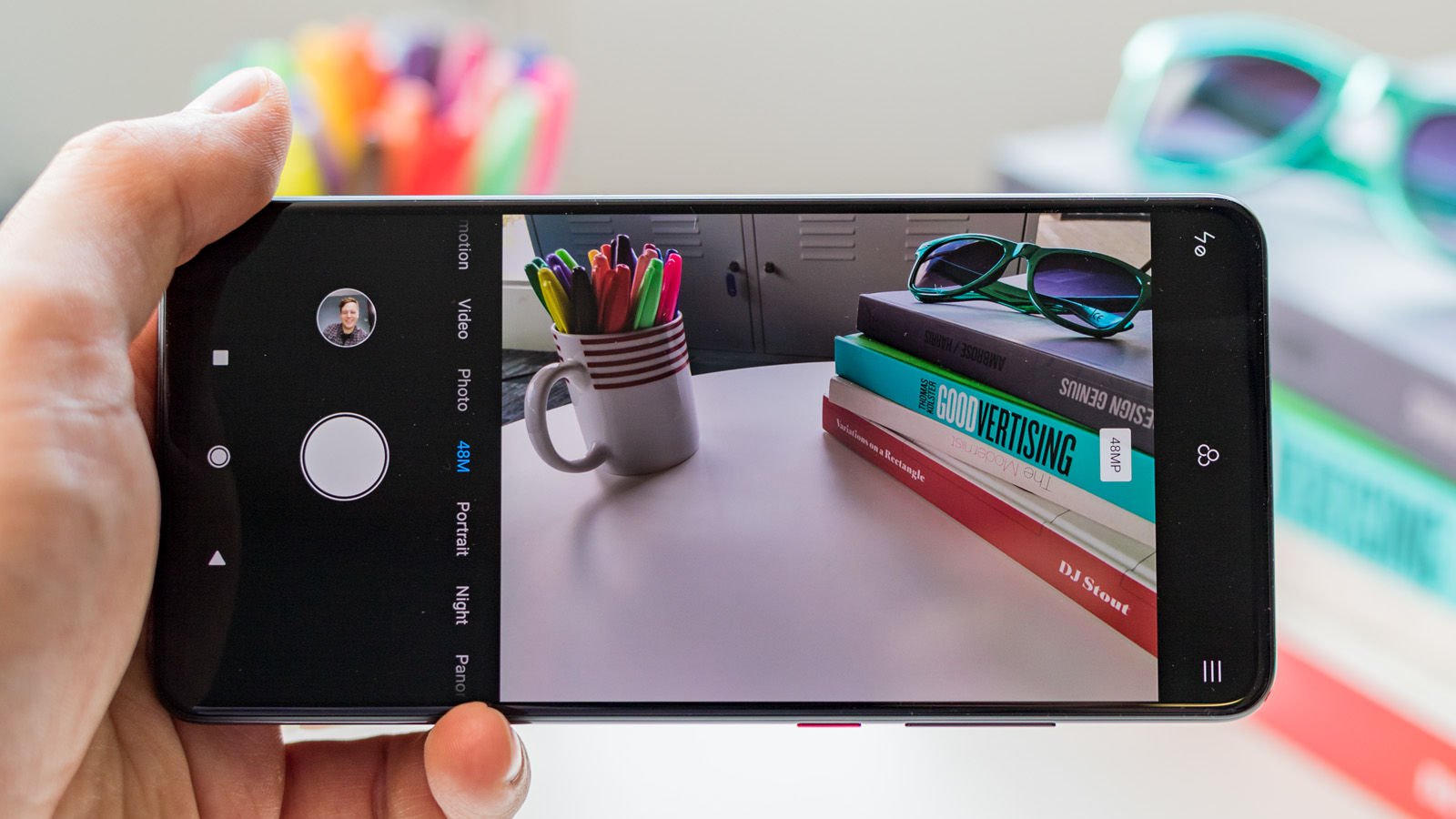 It is possible to shoot images at 48Mp resolution, though by default the Mi 9T combines four pixels into one, resulting in a higher-quality 12Mp shot.

In good light the quality is excellent, with great exposure, natural colours and sharp detail. It also performs reasonably well in low light.

(Click on the slideshow below to see some photography samples.) The Mi 9T runs the latest version of MIUI (v10), which is based on Android 9 Pie. We like this interface and find it quick and easy to move between settings and open and close apps, though if you’re used to standard Android you will find it rather different.

The most obvious difference is the lack of an app tray, but the Settings menu can also feel unfamiliar in places, and you’ll find plenty of Xiaomi’s own apps. This is because Google’s services are not used in China, though they are preinstalled here given that the Mi 9T is running the Global ROM. 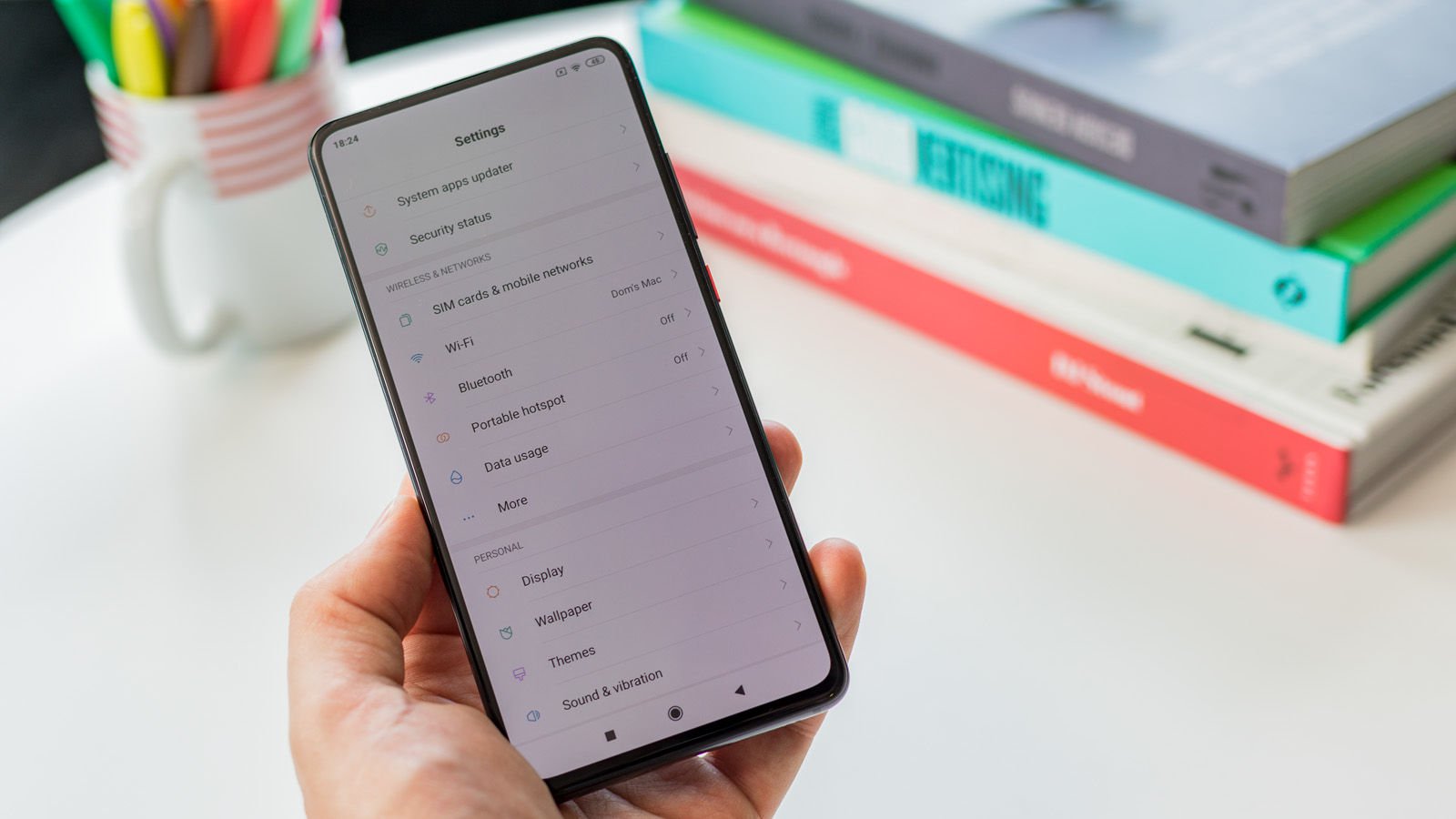 Some of these extra apps and features and genuinely useful, for example Second Space and Dual Apps. We also like the system-wide Dark Mode, which is not yet a standard feature of Android. Anything you don’t like you can tuck away in a folder out of sight, since there’s plenty of storage here by default.

You can choose to use the Mi 9T with either onscreen buttons (the usual home, back and recents) or in full-screen mode with gesture navigation. Though we liked the latter we were less keen on how you manage notifications in this mode, and often found the phone unresponsive when pulling down from the top of the display.

The cheapest model in the Mi 9 series, yet the only one to include a full-screen display, a headphone jack and a 4,000mAh battery, Mi 9T certainly has its merits. We can handle losing the wireless charging and IR blaster in return for a cheaper price, and note that it offers capable performance in the mid-range, slightly faster than the Mi 9 SE. It’s a little on the heavy side but still beautiful. A great buy at this price, and we’re hopeful it will become officially available in the UK soon.

Vine relaunches as Byte, bringing six-second videos back to the web

Every Unova region Pokémon in Pokémon Go so far

Apple gets its WiLan patent payout reduced to $85.2 million

How to control your lights with Amazon Echo

5 overlooked Apple Maps tricks you definitely should be using

Apple must pay $85M to WiLan after patent retrial