NASCAR driver Denny Hamlin and Michael Jordan announced Monday night that they will field a car for the 2021 NASCAR Cup Series season.

“Bubba has shown improvement since joining the Cup Series, and we believe he’s ready to take his career to a higher level,” Hamlin wrote.

Added Jordan in a statement: “Growing up in North Carolina, my parents would take my brothers, sisters and me to races, and I’ve been a NASCAR fan my whole life. The opportunity to own my own racing team in partnership with my friend, Denny Hamlin, and to have Bubba Wallace driving for us, is very exciting for me. Historically, NASCAR has struggled with diversity and there have been few Black owners. The timing seemed perfect as NASCAR is evolving and embracing social change more and more. In addition to the recent commitment and donations I have made to combat systemic racism, I see this as a chance to educate a new audience and open more opportunities for Black people in racing.”

Jordan will serve as the car’s principal owner. Hamlin will be a minority partner and will continue to drive the No. 11 Cup car for Joe Gibbs Racing.

Wallace announced earlier this month that he would be leaving Richard Petty Motorsports after the 2020 season. He was in the last season of his contract with RPM.

“This is a unique, once-in-a-lifetime opportunity that I believe is a great fit for me at this point in my career,” he wrote on social media. “I’m grateful and humbled that they believe in me and I’m super pumped to begin this adventure with them.”

Wallace had yet to win a Cup race during his three seasons driving for Petty. He has a career-best five top-10 finishes this season and is ranked 23rd in the Cup standings, also a career best.

Wallace, the lone Black driver competing full time in NASCAR at the national series level, has gained national attention over the past several months as an activist, leading conversation among his peers about racial equality.

He was in the national spotlight in June, when he said during an interview with CNN that NASCAR should ban the Confederate flag from all of its tracks. Two days later, NASCAR enacted a ban, saying the flag at its events “runs contrary to our commitment to providing a welcoming and inclusive environment for all fans, our competitors and our industry.”

A new framework to increase the diversity and number of engineers 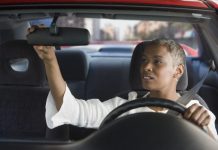 The 28 Electric Cars We’re Most Excited to Drive in